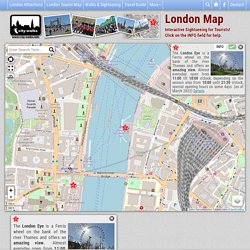 The interactive map from city-walks helps you to plan your free sightseeing tour: To discover your personal highlights just click on the symbols in the map: £1 M1 ... For the search for streets, squares, POIs and attractions use the text box next to and choose from the suggestions. Choose your preferable display style at the layers symbol . You may select, for example, the satellite view, a hybrid style or a version with public transportation. Printable City Map Travel Guide But the interactive tourist map is not only suitable to explore London online.

The attraction from the INFO Box will be attached below the map. And it is not possible to print the whole area, you will see a transparent box which shows the printable area on the map. You can simple remove an unwanted info box at any time. USA - 50 States for Students. UK culture.

Experience New York City in Virtual Reality. Sami in Sweden. Business and politics A sameby – ‘Sami village’ – is not a traditional village but a complex economical and administrative union created with the intention of keeping reindeer. 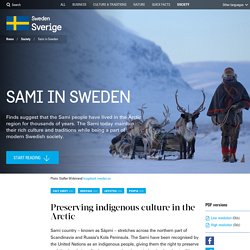 It is regulated by a Swedish law called the Reindeer Husbandry Act. Members of a sameby are entitled to engage in reindeer husbandry in this particular area, including building and setting up whatever facilities they need for their reindeer, in addition to fishing and hunting rights. Towards the end of the 19th century, many Sami permanently kept both farms and reindeer (mixed husbandry). The previous nomadic lifestyles of some, however, led the authorities to make some contentious decisions, the repercussions of which extended well into the 20th century. Today, younger generations are finding other professions, and the Sami are trying to ease the regulations so people can belong to a Sami village without having to own reindeer. Ten things I wish someone had told me before I moved to Sweden - The Local. I am a London-boy born and raised, now currently living and nesting in Stockholm in the hope of a new life, new career, new adventure and new experiences. 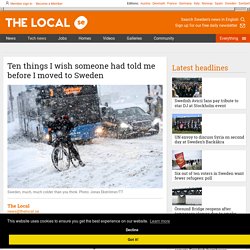 I made the decision to relocate to Sweden after experiencing Midsummer and was happy about that as I feel Stockholm suits my personality. However, it is no surprise that there were a couple of cultural differences... 1. Winters are really cold I previously thought London was cold. 2. It really is tough if you do not speak Swedish. 3. Black seems to be the uniform colour here for everything. 4. There is another unspoken rule that says one must never be within an arm's reach of each other. 5. For a while now, the Swedish have been mislabelled as quite forward, blunt or even harsh with their use of English.

Quick facts about Sweden. Sweden and the Swedes - Malmö University. Swedish traditions – old and new. International influences Immigration has brought with it new customs and traditions that in time will become woven into the fabric of what we call Swedish society. 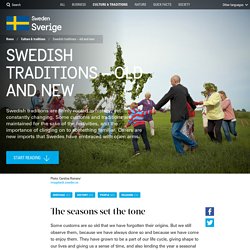 By the same token, the ‘new Swedes’ take up old Swedish traditions, and it is often the children who introduce them into the family. Daycare centres and schools exert a considerable influence in the social sphere. The result – at best – is cultural cross-fertilisation. Most Swedes already know what the Muslim month of fasting, Ramadan, involves. A few generations from now, the origins of these customs may have been forgotten, for as soon as a people absorb something in the form of a custom, where it actually originated becomes a matter of little interest. The Swedish Santa Claus is German, but many Swedes believe in him all the same. Indoors or outdoors? Most traditional customs are celebrated in the home, with the family. Times change, however. How to Become President of the U.S. Poster.

Caucus: In a caucus, party members select the best candidate through a series of discussions and votes.Primary: In a primary, party members vote for the best candidate that will represent them in the general election. Step 2: National Conventions Each party holds a national convention to finalize the selection of one presidential nominee. Step 3: General Election People in every state across the country vote for one president and one vice president. Anaconda Society: Belfast. Lonely Planet.