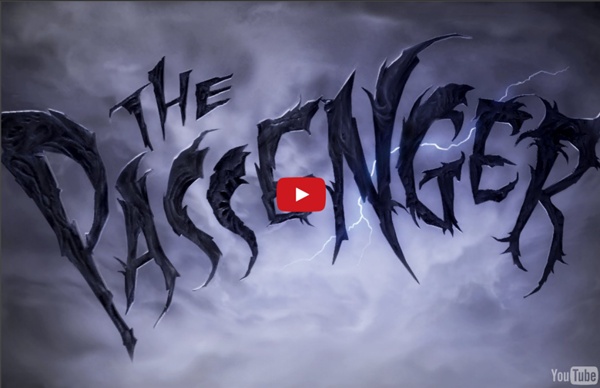 Free streaming live music, Live concert recordings, Live music downloads, Classic rock concerts Start Free Trial Wolfgang's Music presents the world's greatest collection of concerts from the best music streaming service around. Caldera por @ orchidanimation A young girl abandons her medication and the bleak city in which she lives, to explore a mystical oceanic cove. Premiering at SXSW in 2012, Evan Viera’s dark animation Caldera is the tale of young girl who finds her life in a precarious position after taking measures into her own hands. Realizing she can not live in either the fantastical and haunting world of psychosis or in the marginalizing society that mandates her medication, Caldera takes its protagonist on a journey into a dreamlike world as she attempts to deal with her psychotic disorder. Inspired by his father’s struggle with schizoaffective disorder, in which his delusional episodes saw him dance on the rings of Saturn, speak with angels, and flee from demons, Viera’s deeply personal film attempts to explore the battles faced by those striving to live with their afflictions, as they try to find their place in society and deal with the effects of medication.

Pixar's First Movie Andre & Wally B : I Love Sharing Videos Personal Stories & Experiences. Read and Share True Stories, Learn and Support. Many people think Luxo Jr. is the first Pixar animated film (see below), but it's technically the Adventures of Andre and Wally B, produced while the soon-to-be Pixar crew was still at Lucas studios. Watch this and ask yourself--can you believe this was made in 1984!?! Then read on for the back story and video comparisons to the modern day Pixar. The Adventures of Andr and Wally B. is an animated short made in 1984 by the Lucasfilm Computer Graphics Project, which would later be spun out as a startup company called Pixar. Although it is technically not a Pixar short, the animation was by John Lasseter, who was working on his first computer animated project and would move on to be a pivotal player at Pixar.

10 Free Websites to download any video off the internet I wrote earlier about how you can convert your youtube videos easily online. Recently I came across at least 10 more websites where you can download ANY video off the internet. Keepvid is definitely one of my personal favorite websites where I download all my videos from. KeepVid supports just about any video sharing site out there. Another great thing about Keepvid is that it displays the most famous videos on the web so you can quickly download the most watched videos.

Hung s01e09 (PSP, iPod, Zune) Hung s01e09 (PSP, iPod, Zune) Type: Video > Handheld Files: Size: The Art behind Meet me far Artist and Animation Director Ran Sieradzki was kind enough to shows us some of the art behind “Meet me far”, an animated music video created in 3D. The idea for a music video came when Sieradzki initiated a call to a well-known singer and offered to create a video for one of his songs. The video completion took over two years and by the time it was finalized Sieradzki and his team had lost their original singer. After several failed attempts to find a new song for the video, Sieradzki was approached by music producer/composer Tomer Biran. 20 top animators to follow on Twitter If you're looking to master the art of animation, or simply in need of some animated inspiration, Twitter is brilliant place to find it. However, the social network is a maze of millions accounts, so it can be difficult to know where to look. To help you out, we've rounded up this list of some top animators to follow, all of which will point you in the direction of useful and inspirational animation-related content. 01. Aaron Blaise (@AaronBlaiseArt)

Universe Explorers TV Unbeknown to many, near the southern end of Lake Taupo, New Zealand there is enigmatic wall called Kaimanawa Wall. The wall is composed of megalithic blocks with symmetrical corners. Since its discovery the New Zealand government has continued to suppress this piece of ancient history. Visit There are over 100 historical sites around the country pointing to the reality of settlement in NZ long before the Maori arrived and the Government has slapped embargoes on the scientific findings to ensure our current generation never learns of their findings. From the ruins in the Waipoua Forest to the "Kaimanawa Wall" to ancient stone carvings at Raglan and skeletal remains dating back thousands of years, why has the Government shut all of this down?

Radiation Poisoning Chernobyl Uncensored - Documentary ForbiddenKnowledgeTV Alexandra Bruce April 27, 2014 Yesterday was the 28th anniversary of the Chernobyl disaster and this is an excellent film reveals many secrets kept hidden by the former Soviet Union. An explosion and fire at the Chernobyl Nuclear Power Plant in Ukraine, then a part of the Soviet Union. released large quantities of radioactive particles into the atmosphere, which spread over much of the Western USSR and Europe. The Chernobyl disaster is the first of the two worst nuclear power plant accidents in history, classified as a level 7 event on the International Nuclear Event Scale, the other being the Fukushima Daiichi nuclear disaster in 2011, which may have already eclipsed the ravages of Chernobyl, if the same level of secrecy practiced by the Soviets is today being practiced by the Japanese and the interests of the nuclear energy industry.