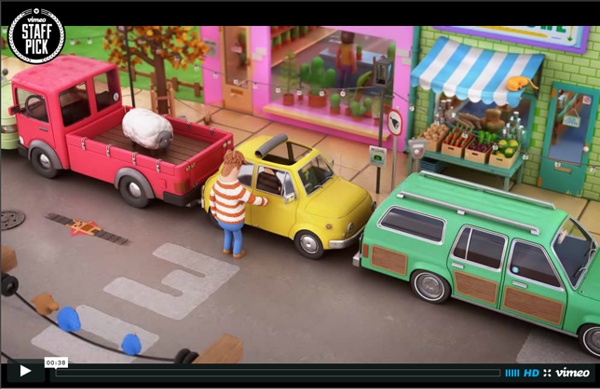 My daughter can’t come to school she’s got to play Skyrim | Lazygamer .:: Console and PC Gaming News ::. | General News In a move that makes him the clear contender for dad of the year a dad in America (Not America but rather a commonwealth country as he spelled honour and rumour correctly and Remembrance Day is a commonwealth day. More thank likely this happened in the UK It’s Canadian, thanks everyone for the updates) has sent a note to school to excuse his daughter from a massively boring Remembrance Day assembly as she’s required at home for something massively important. Skryim. Not only that but he continues to say she may be needed to be excused for the entire week as the war is not yet won. This guy deserves a medal for taking gaming so seriously and we wish him and his daughter all the best in their quest to rid Skyrim of the evil dragons.

Vortex Cannon Demolishes House « Wonderment Blog Jem Stansfield from BBC's Bang Goes the Theory has "put scientific theory to the test" with his Vortex Cannon. Filmed at 1300-fps, you can see the cannon knock down three different houses made of straw, stick, and brick with an explosive vortex ring. The vortex ring that comes out is not smoke, however. After detonating the explosive gas mixture of acetylene and oxygen, "one of the most dangerous gas mixes in the world," the ring forms from the pressure drop inside the vortex. It condenses the lake's damp air and shoots a cloud out at 200-mph, knocking down anything in its path. Stansfield's cannon is probably too big for the average do-it-yourselfer, but Edwin Wise from Make Magazine has a few garage-friendly vortex cannons - the Tub Thumper, Barking Tube, and Big Bad Boom Cannon. Get the full PDF instructions or see Kipkay in action below, building Wise's first two vortex cannons.

Official Stargate Website: Home for all things Stargate - Univer 20 Badass Famous Last Words Some of the grandest, most controversial men in history have ended their lives with a poignant, biting farewell. Some laugh at death, others laugh at their killers, still others offer a culminating statement of wisdom. These colorful individuals ensured their fateful last words eloquently summarized their existences. 1. Caesar Augustus was the first ruler of the Roman Empire, leading Rome for 41 years. “Have I played the part well? 2. The author of The Communist Manifesto, Karl Marx’s ideas, words, and writings would go on to influence generations. “Go on – get out. 3. Up to his dying moment, Che Guevara proved his legacy as being worthy of gracing so many t-shirts. “I know you’ve come to kill me. 4. Tom Ketchum was a hole-in-the-wall gang member and notorious train robber. “I’ll be in hell before you start breakfast – let her rip!” 5. Television reporter Christine Chubbuck was frustrated with her job. 6. “I wish I’d drunk more champagne.” 7. “Hurrah for anarchy! 8. “More weight!” 9. 10.

tips and downloads for getting things done @Blueluck: Very true - I've seen other countries where people leave their family in another country to go find work, and then to manual labor for extremely cheap just to be able to send it all home to their family. I guess that could be interpreted as their purpose, but the work is not purposeful in and of itself. I guess "pay enough to take money off the table" covers that, so we're only talking about how to motivate people after they're at the comfortable level most Americans that read this blog are at. Interesting results in India, though. I believe there is a threshold that once you're paid a certain amount, you feel on top of things like you deserve it, so you don't work hard to move up further. I think that's one reason government employees aren't known for super service. @Blueluck: Its completely subjective, is the answer.

The illustrated guide to a Ph.D. Imagine a circle that contains all of human knowledge: By the time you finish elementary school, you know a little: By the time you finish high school, you know a bit more: With a bachelor's degree, you gain a specialty: A master's degree deepens that specialty: Reading research papers takes you to the edge of human knowledge: Once you're at the boundary, you focus: You push at the boundary for a few years: Until one day, the boundary gives way: And, that dent you've made is called a Ph.D Of course, the world looks different to you now: So, don't forget the bigger picture: Keep pushing. There's a bit more below, but I also wrote a follow-up 5 years after the illustrated guide which may be of interest -- HOWTO: Get tenure. Related posts If you like these posts, then I recommend the book A PhD Is Not Enough Get it in print; fund students; save lives By request, a print version of The Illustrated Guide to a Ph.D. is on sale. Click here to preview or buy it. Why biology? License: Creative Commons Resources

Eye Candy: Mesmerizing Swinging Balls Video Not mine -- mine are hypnotizing. This is a video of one of those swinging ball desk toys (aka Newton's Cradle) but with different length droopers (mine drag on the floor), creating all sorts of crazy-ass designs. I just watched it twice back to back (the second time with my eyes unfocused) and I'm pretty sure I spotted the secret to the universe at one point. SPOILER: It was a pop-up porn ad. "A gay one?" Four hunks in a bubble bath! Hit the jump for the worthwhile video but, WARNING: may cause dizziness. Youtube viaThe most beautiful video ever? Thanks to Church, who once mesmerized an entire living room full of bachelorette party attendees with his own swinging balls trick.

dafont.com uWall.tv | Listen to a Wall of Music © 2021 - Privacy - Terms Zelda in Minecraft! Video Log in Video Games: Raw Cynthia Yildirim Zelda in Minecraft! Minecraft modder Gary520 has released a trailer to show off what is perhaps the blocky game’s most ambitious creation yet: an epic, 10-hour adventure based on The Legend of Zelda. posted 3 years ago jkconrad7 liked this csgrenke liked this adoormouse liked this greengoblin liked this Westley Cornwell liked this tylercorporation liked this Pol Gatsby liked this © 2014 Redux, Inc. about redux | contact us | copyright | legal