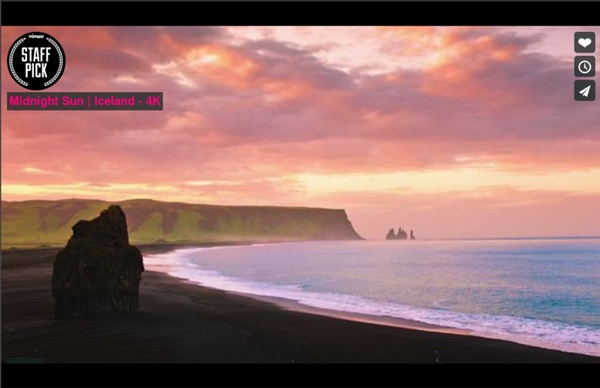 Sculpture in the Gibbs Farm Source: link Gibbs Farm is an unusual setting for a sculpture collection. The North Auckland property is dominated by the Kaipara Harbour, the largest harbour in the Southern hemisphere. Walking the land visitors can appreciate how each artist has come to terms in their own way with the gravitational pull that is exerted on everything as the mountains roll into hills and slide into gullies and slope down towards the wide flat expanse of the Kaipara harbour. After nearly twenty years Gibbs Farm includes major works by Graham Bennett, Chris Booth, Daniel Buren, Bill Culbert, Neil Dawson, Marijke de Goey, Andy Goldsworthy, Ralph Hotere, Anish Kapoor, Sol LeWitt, Len Lye, Russell Moses, Peter Nicholls, Eric Orr, Tony Oursler, George Rickey, Peter Roche, Richard Serra, Kenneth Snelson, Richard Thompson, Leon van den Eijkel and Zhan Wang.

The 100 Best Films Of World Cinema From Brazil to Japan to France and Senegal, from Neo-Realism to Dogme to J-horror, we've compiled a list of the very best films not in the English language (note: features, not documentaries). So rustle up some sushi, strike up a gauloise and make sure you've locked your bicycle as we count down the top 100 world cinema movies... 100. Night Watch Year: 2004Country: RussiaDirector: Timur Bekmambetov Unique Steampunk Insects Since the late 1990′s style steampunk is becoming more and more popular, and not only in the literature. Various modern utilitarian objects have been modded by enthusiasts into a pseudo-Victorian mechanical “steampunk” style. And often this stylization gives very unexpected results. Like, for example, art works of american sculptor Mike Libby. His studio Insect Lab make robots from dried insects. Insects for his works come from around the world, from Africa, China, New Guinea, Brazil, Texas, etc.

Top 10 Websites To Watch Movies Online For Free Without Downloading It is easy to watch FREE movies online from China here, since there are many video websites for you to do that, but outside China, there may be not many video websites to watch movies online for free, because of the Copyright thing. However, God likes free. There are always some great people who do the great things and let us watch full movies online for free. Below 10 websites will let you watch the full online movies (even the latest ones) for free. You don’t have to download anything, neither to register anything. 1. Weird and Wacky Furniture By Straight Line Designs EmailEmail Straight Line Designs is a one-of-a-kind workshop that has been operating out of Vancouver, British Columbia for the past 25 years. In addition to installations, sculptures and private commissions, designer Judson Beaumont and his staff of eight full-time craftspeople have designed and constructed a variety of wacky cartoon-style furniture and projects for public institutions and children’s exhibitions throughout North America and abroad. Focused on quality and custom design, Judson’s studio stays far away from mass production and is as imaginative as children themselves.

100 Best (Free) Science Documentaries Online No matter how much you know, there is always something new to learn about science. While your college courses may cover the basics, you can get a more in-depth look at a wide variety of topics from Internet resources such as these great documentaries. These selections will help you explore everything from the inner reaches of the human mind to the outer areas of our universe and just about everything else in between. Watch online as huge asteroid hurtles past Earth tonight A large asteroid discovered only days ago is set to sweep past the Earth on June 14, 2012. The great team at Slooh.com is going to try to catch it on camera as it goes by – so that you can watch it, too. Looking for the September 13-14 asteroid passage?

Batman graffiti The fact that the Batman has become one of the most popular superhero shouldn’t be a surprise. He’s a saviour with the flawless moral principles, the fearless fighter against injustice of any kind, the rich who is helping the poor—the noble version of Robin Hood. Plus, he is the only famous superhero without any superhuman abilities. Mix all of these with a long list of the arch enemies each of them painted exceptionally vivid and life-like and you will get the instant success.

String Rainbows of Color, Color, Color: Ethereal Thread Art Installations I can’t believe I haven’t posted Gabriel Dawe‘s work on here before: his large-scale installations made of thread are bursting with color that fades in and out of different opacities and hues. This ethereal effect is created using sets of string that can measure up to 50 miles long in total, and the carefully placed threads are delicate yet dense in their combined form. Each installation is a marvelous exploration of color, space, and even shapes– from different angles, the threads take on different forms and tones as they overlap one another visually, and the pieces fill the installation space with color and lightness and depth.