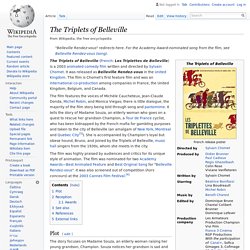 It was released as Belleville Rendez-vous in the United Kingdom. The film is Chomet's first feature film and was an international co-production among companies in France, the United Kingdom, Belgium, and Canada. Keiichi Sigsawa. A 13-episode anime adaptation produced by A.C.G.T and Genco aired between April and July 2003 on WOWOW in Japan. 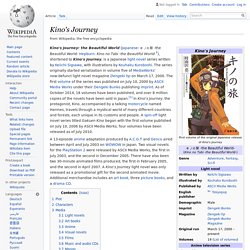 Additional merchandise includes an art book, three picture books, and a drama CD. Plot[edit] Fullmetal Alchemist: Brotherhood. On March 20, 2009, it was announced that the English title of the series was Fullmetal Alchemist: Brotherhood and that it would receive its English language premiere on Animax Asia, with Japanese audio and English subtitles, from April 10, 2009 at 8:30 p.m, five days after its Japanese premiere. 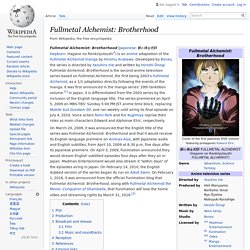 On April 3, 2009, Funimation announced they would stream English subtitled episodes four days after they air in Japan. Madman Entertainment would also stream it "within days" of the episodes airing in Japan. On February 14, 2010, the English dubbed version of the series began its run on Adult Swim. On February 1, 2016, it was announced from the official Funimation blog that Fullmetal Alchemist: Brotherhood, along with Fullmetal Alchemist the Movie: Conqueror of Shamballa, that Funimation will lose the home video and streaming rights by March 31, 2016.[2] Plot[edit] Production[edit]

Yuki Urushibara. The Mushishi manga has been well received both by the public and critics. 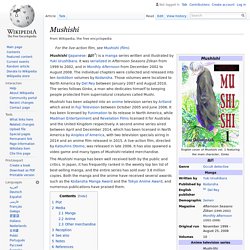 In Japan, it has frequently ranked in the weekly top ten list of best-selling manga, and the entire series has sold over 3.8 million copies. Both the manga and the anime have received several awards such as the Kodansha Manga Award and the Tokyo Anime Award, and numerous publications have praised them. Plot[edit] Moribito: Guardian of the Spirit. Moribito: Guardian of the Spirit (精霊の守り人, Seirei no Moribito?) 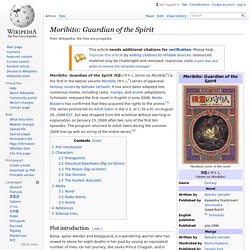 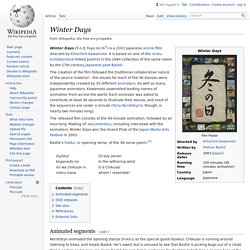 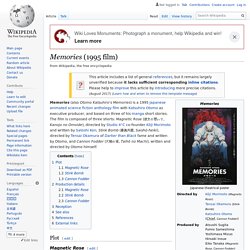 The film is composed of three shorts: Magnetic Rose (彼女の想いで, Kanojo no Omoide), directed by Studio 4°C co-founder Kōji Morimoto and written by Satoshi Kon; Stink Bomb (最臭兵器, Saishū-heiki), directed by Tensai Okamura of Darker than Black fame and written by Otomo, and Cannon Fodder (大砲の街, Taihō no Machi), written and directed by Otomo himself. The Corona, a deep space salvage freighter, is out on a mission when it encounters a distress signal and responds to it. They come upon a spaceship graveyard orbiting a giant space station. Over the Garden Wall. The show marked the first miniseries on the network, which commenced its production in March 2014. 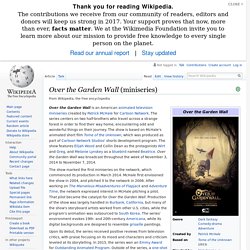 McHale first envisioned the show in 2004, and pitched it to the network in 2006. After working on The Marvelous Misadventures of Flapjack and Adventure Time, the network expressed interest in McHale pitching a pilot. That pilot became the catalyst for Over the Garden Wall. Production of the show was largely handled in Burbank, California, but many of the show's storyboard artists worked from other U.S. cities, while the program's animation was outsourced to South Korea. 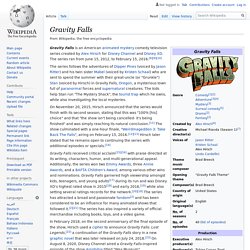 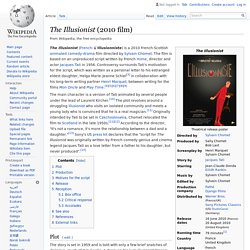 A down-on-his-luck illusionist (known by his stage name, "Tatischeff") watches his popularity and employment in Paris dry up. He packs his meager belongings and props, including an ill-tempered white rabbit, and moves to London. There he finds himself as the irrelevant act following a popular rock band. Mamoru Oshii. Angel's Egg (天使のたまご, Tenshi no Tamago?) Is a Japanese original video animation released by Tokuma Shoten on December 15, 1985.[1] It was a collaboration between popular artist Yoshitaka Amano and director Mamoru Oshii. It features very little spoken dialogue.

Its sparse plot and visual style have led to it being described as "animated art rather than a story". Plot[edit] Angel's Egg follows the life of an unnamed young girl living alone in an abandoned city. Naoki Urasawa. Monster (モンスター, Monsutā? , sometimes referred to as "Naoki Urasawa's Monster") is a Japanese manga series written and illustrated by Naoki Urasawa. It was published by Shogakukan in their Big Comic Original magazine between 1994 and 2001, with the chapters collected and reprinted into 18 tankōbon volumes. The story revolves around Kenzō Tenma, a Japanese surgeon living in Germany whose life enters turmoil after getting himself involved with Johan Liebert, one of his former patients who is revealed to be a dangerous psychopath.

Dr. Kenzō Tenma is a young Japanese brain surgeon, working at Eisler Memorial Hospital in Düsseldorf. Nine years later, Tenma is Chief of Surgery at Eisler Memorial. Koichi Chigira. The story is set on the fictional world of Prester, where its inhabitants use aerial vehicles known as vanships as a means of transportation. On this world which is divided in eternal conflict between the nations of Anatoray and Disith, sky couriers Claus Valca and Lavie Head must deliver a girl who holds the key to uniting the two factions.

Although Prester itself is not a representation of Earth,[2] it features technology reminiscent of nineteenth-century Europe at the dawn of the Industrial Revolution. One-Punch Man. Japanese manga and anime series As of June 2012, the original webcomic surpassed 7.9 million hits. As of April 2020, the manga remake had sold over 30 million copies. Plot[edit] Genius Party. Genius Party is an anthology of short animated films from Studio 4°C released on July 7, 2007. A sequel called Genius Party Beyond was released on February 15, 2008, and includes most of the films which were finished but not included in the original Genius Party. The films[edit] Voice cast[edit] Sung Baek-yeop. Mochizuki Tomomi. Matt Groening. Mary and Max.

Plot[edit] The Rabbi's Cat. La Bar-Mitsva (2002) ISBN 2-205-05207-1, prefaced by Éliette Abécassis. Michael Dante DiMartino. The Legend of Korra is an American animated television series that aired on the Nickelodeon television network from 2012 to 2014. Tomasz Bagiński.