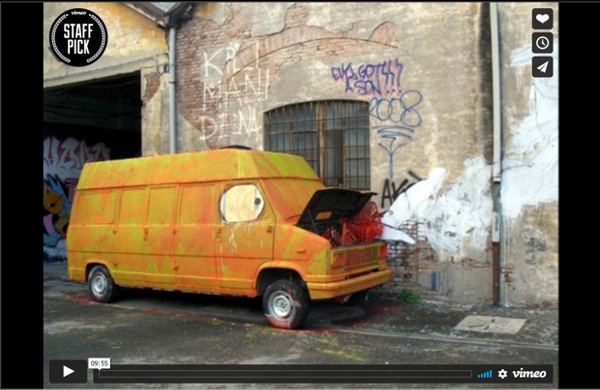 Screen Actors Guild Awards: Watch the stage being set for Sunday The statuette is called the Actor for a reason; the Screen Actors Guild Awards are all about the performance. But that doesn’t mean the setting will be bare bones. The 18th annual awards ceremony takes place Sunday at the Shrine Auditorium and Expo Hall near downtown Los Angeles. In the week leading up to the ceremony, the hall has been the center of frenetic work to complete the transformation.

The Astounding Design Of Eixample, Barcelona Constructed in the early 20th century, Eixample is a district of the Spanish city of Barcelona known for the urban planning that divided the district into octagonal blocks. Influenced by a range of schools of architecture, Eixample Barcelona was designed in a grid pattern with long streets, wide avenues, and rounded street corners. Despite being in the center of a thriving European metropolis, the district provides improved living conditions for inhabitants including extensive sun light, improved ventilation, and more open green space for public use. And of course, the result from the grid-like structure is astounding from above: DIY Wrap Bracelet You should all know by now that we are all about stacking bracelets on our wrists. The more, the better. In fact . . . the most, the best! With that being said, we’ll show you how to master a version of the ever so popular wrap bracelet. It’s so simple and addicting, you’ll soon be churning out these wristlets with your eyes closed.

Hand Drawing Art Pictures and Ideas Published on October 24th, 2011 [vimeo] Drawing is art of depicting what we see or what we think or what our intension. We express our thought through a portrait or through an abstract thing or through symbol. But there is a reason behind in every printing. Collection of 30 Best Adobe Photoshop Brushes Something that always comes handy we all need to use Brushes while creating some new designs. There are thousands of incredible Photoshop brush sets available all over the web. So every designer needs to know where to look to find the perfect brushes for the moment. In this today’s post we have showcased 30 Best Adobe Photoshop Brush packs should have in your Bookmarks.

Satirical Art Drawings by Pawel Kuczynski Fun Pic, Pop Culture — By Dave on 2011/02/28 1:48 PM These beautiful works of art are from Polish artist Pawel Kuczynski. Pawel was born in 1976 in Szczecin. The World's Biggest Cave National Geographic presents The World's Biggest Cave, a TV special that gives us a close-up look at Son Doong, a huge recently-discovered underground labyrinth in Vietnam. In 2009, a team of British cavers investigated a recently uncovered cave in a remote Vietnamese jungle. The Son Doong cave is enormous; can it be larger than the current world-record holder? The explorers traveled for miles through the cave before hitting a 46-foot-high wall. A former Cement Factory is now the workspace and residence of Ricardo Bofill Image Courtesy of Ricardo Bofill Architect: Ricardo BofillProgram: Architectural offices /archives /model laboratory /exhibition space /Bofill's-apartment /guest rooms /gardensLocation: Barcelona, SpainTotal floor area: 3,100 square meters and gardensHouse area: 500 square metersDate Completed: 1975 There is nothing as good as an aged bottle of wine; and in this case the aged bottle of wine is a project which was completed in 1975, but is still worth mentioning! First and foremost we would like to thank our friend and founder of Room Service design store in Greece, Katerina Xynogala for providing us with the necessary information regarding The Cement Factory, which is featured in the latest Room Service catalogue.

New Page 1 Back to ContentsRubik's Cube Solution: How to put together a mixed-up Rubik's cube, most of the time with your eyes closed, and manipulating the cube above your head, or behind your back. My record time using this method was 2 minutes 13 seconds. Just memorize the following formula (it's easy!), and only look at the cube briefly after each "move." *** High-speed internet recommended to download this web page, which was scanned as .BMP from 14 separate pages of instructions i wrote by hand in 1986...