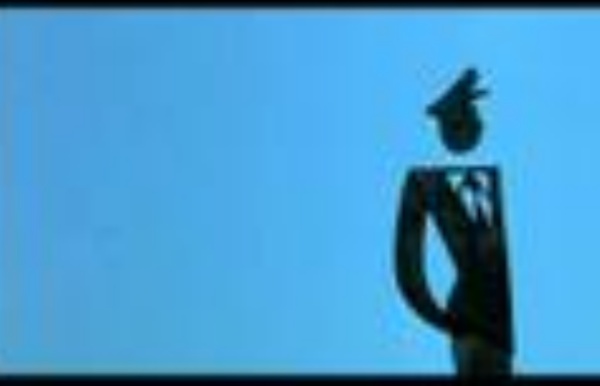 Evolution of mammals The evolution of mammals has passed through many stages since the first appearance of their synapsid ancestors in the late Carboniferous period. By the mid-Triassic, there were many synapsid species that looked like mammals. The lineage leading to today's mammals split up in the Jurassic; synapsids from this period include Dryolestes, more closely related to extant placentals and marsupials than to monotremes, as well as Ambondro, more closely related to monotremes.[1] Later on, the eutherian and metatherian lineages separated; the metatherians are the animals more closely related to the marsupials, while the eutherians are those more closely related to the placentals. Throughout the Permian period, the synapsids included the dominant carnivores and several important herbivores. Most of the evidence consists of fossils. Although mammary glands are a signature feature of modern mammals, little is known about the evolution of lactation. Definition of "mammal"[edit] Amniotes[edit]

32 Extremely Original Retro Style Illustrations by Dan Page at DzineBlog Learn how to earn $125 or more per hour as a freelancer - Click Here Looking for hosting?. We recommend MediaTemple for web hosting. Use Code MTLOVESDESIGN for 20% off In this post we’ll be looking at some excellent examples of retro-style illustration: those belonging to Dan Page. The concept behind each illustration is in fact essential to Dan Page. Dan Page is a very successful illustrator precisely because of this brilliant way of creating his drawings. The most beautiful thing about his illustrations resides in his sparkling, bright ideas and this is why, you shouldn’t miss this collection: it could be an immense source of inspiration for you! CFO Magazine – Time Extension Individual Investor – Paying Taxes Stable Steady Focus Concept Illustrations Canadian Business Grow – Ops Phoenix Magazine Cryogenics CFO Clamor and Trickle Canadian Business Managing The Downturn Time – The Sutleties of Language Onated for Eathquake Victims – Piece Together Esquire UK – How to Solve Irak Golf Digest

Forget the Film, Watch the Titles - Madagascar: Escape 2 Africa title sequence In 2004, Jamie Caliri directed the beautiful animated end credits for Lemony Snicket's - A Series of Unfortunate Events. One of the most impressive credit sequences of 2004, we wrote. The end credits of Madagascar 2: Escape to Africa are not as epic or as elaborate as the titles for Lemony Snicket's, nor do they share the same richness in terms of narrative depth, but Caliri and his team at DUCK created an entertaining sequence that carries Jamie's signature style. The movie's main characters - Marty the zebra, Alex the lion, Gloria the hippo, Melman the giraffe, along with some of the supporting cast; all reappear in the end credit sequence, albeit in a different form than in the movie. From DUCK's press release: "'I Like to Move It,' one of four songs from the film's soundtrack created by Will.I.Am of Black Eyed Peas, moves the action along while the film's whimsical characters shamelessly provide their modern dance interpretations." Article: 28 November 2008. Title designer Full credits

Forget the Film, Watch the Titles - The Teeth Of The Night title sequence Les Dents de la Nuit (original French title) is a horror comedy around the inexhaustible theme of vampires. Three friends succeed in getting an invitation to a very exclusive and mysterious party. They get more than they bargained for, when they find out that the hosts of the evening are vampires. Title designers Olivier Marquézy and Stéphanie Lelong of studio Deubal combined several techniques in this title sequence, Flash animation and Photoshop to create the characters, and image sampling and ink experiments for the backgrounds. "The two directors both have a background in advertising and they had a lot of ideas, but those were not quite compatible with the time and budget we had," Marquezy explains. "Our five year old son, Edgar, was very interested in the making of this one. Deubal is a Paris, France-based creative agency founded by Stéphanie Lelong and Olivier Marquézy. more about Deubal Full credits

Forget the Film, Watch the Titles - Rango title sequence HENRY HOBSON ABOUT THE END CREDITS FOR RANGOPeople appreciate the energy and effort that was put into a handmade piece of work,and it starts to pay off...Amazingly, the end credit sequence for Rango was done in just a few weeks, yet it's a very accomplished and unique project that is founded on 'old school' analogue handiwork, such as intricate illustrations, woodcut art, and handdrawn typography, with a bit of Hendrix thrown in for good measure. Prologue's creative director Henry Hobson reconstructs the process and shares the beautiful concept art that he and his team created. Hobson talks to us via Skype about the making of Rango, from the relative quietness of Kyle Cooper's windowless office on the ground floor of Prologue, temporarily removed from the hustle and the bustle of the studio space on the second floor, where the designers are working. I asked what the space looks like. “The view is just his books and ephemera, which is an interesting perspective. more about Henry Hobson