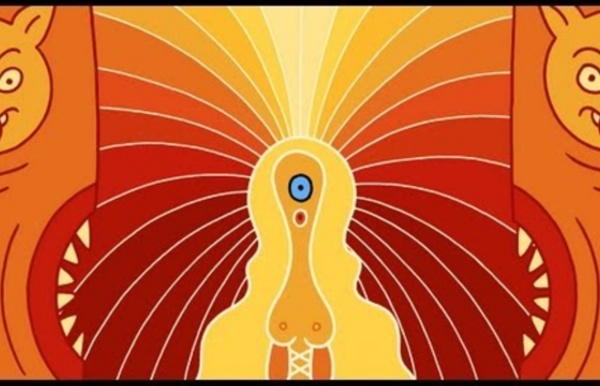 40 best: albums of 2010 From Tuesday November 30 to Friday December 3, we’ll be counting down our 40 favourite albums released this year. We’ll be listing them in groups of ten, so today it’s entries 40 to 31, on Wednesday it’s 30-21, Thursday 20-11, and finally 10-1 on Friday. Next week, we’ll be ranking our 100 favourite tracks of the year, and we’ll end the year on a list of our favourite reissues. If you’re still yet to read our rundowns of the best record labels, breakthrough artists and soundtracks of the year, then they’re collected in the bottom left of the FACT homepage, along with the rest of our end of 2010 features so far. ‘Round and Round’

The Art of Drowning by Diego Maclean The simple line-drawn animation of a Billy Collins poem about the insignificant moment when your life flashes before your eyes. I really enjoy the animated-poem as a form—not only because they are short (which is certainly a virtue) but because of what that shortness requires: a clarity and conciseness of conception, and a strong ability to attune the animation style to the tenor of the linguistic. Diego Maclean’s 2 minute short film treatment of Billy Collins’ morbidly contemplative poem, The Art of Drowning is, like its source, straightforward: the poem is a simple yet sensitive rumination on a cultural trope, and Maclean’s accompaniment is likewise unadorned and representational. Yet together they both work in tandem to position the viewer into a place of strong personal identification. Maclean created this short film as his graduation film from the Emily Carr Institute in 2009, and it has wrapped up an impressive festival run, playing at Sundance, Annecy and SXSW among others.