One year in 40 seconds 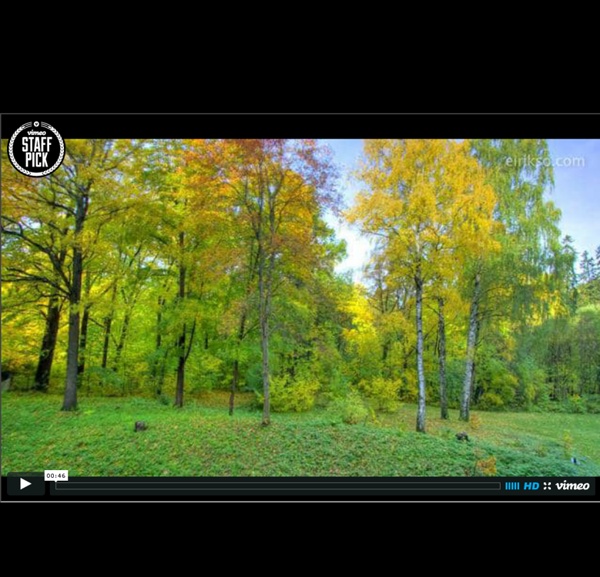 2011 February 2 - Moon and Venus over Switzerland Discover the cosmos! Each day a different image or photograph of our fascinating universe is featured, along with a brief explanation written by a professional astronomer. 2011 February 2 Explanation: Sometimes a morning sky can be a combination of serene and surreal. Such a sky perhaps existed before sunrise this past Sunday as viewed from a snowy slope in eastern Switzerland. Quiet clouds blanket the above scene, lit from beneath by lights from the village of Trübbach. Fake video windows - best thing I've seen today // Current To Our Faithful Current.com Users: Current's run has ended after eight exciting years on air and online. The Current TV staff has appreciated your interest, support, participation and unflagging loyalty over the years. Your contributions helped make Current.com a vibrant place for discussing thousands of interesting stories, and your continued viewership motivated us to keep innovating and find new ways to reflect the voice of the people.

Pencil Vs Camera by Ben Heine Ben Heine (born June 12, 1983 in Abidjan, Ivory coast) is a Belgian multidisciplinary visual artist. He is best known for his original series “Pencil Vs Camera”, “Digital Circlism” and “Flesh and Acrylic”. “Pencil Vs Camera” mixes drawing and photography, imagination and reality. It’s a new visual concept invented and initiated by Ben Heine in 2010. It’s full of magic, illusion, poetry and surrealism. China's Abandoned Wonderland In Chenzhuang Village, China, about 20 miles northwest of central Beijing, the ruins of a partially built amusement park called Wonderland sit near a highway, surrounded by houses and fields of corn. Construction work at the park, which developers had promised would be "the largest amusement park in Asia," stopped around 1998 after disagreements with the local government and farmers over property prices. Developers briefly tried to restart construction in 2008, but without success. The abandoned structures are now a draw for local children and a few photographers, who encounter signs telling them to proceed at their own risk. Reuters photographer David Gray visited the site on a chilly morning earlier this month and returned with these haunting images of a would-be Wonderland. [21 photos] Use j/k keys or ←/→ to navigate Choose:

Gone Fishin', a photo from Sichuan, Central Critiques | Translate sreeharig Good framing. Fantastic PoV. Even a lower PoV would have been fine. I think the image could have been a little more balanced, considering your other great works. TimeLapse - the time lapse iPhone app TimeLapse One of "the coolest, best and most useful photo apps for the iPhone" - David Pogue, New York Times, April 27th, 2011 TimeLapse is the professional choice for creating and editing great time-lapse sequences on your iDevice. TimeLapse is the complete time-lapse workflow on the go. Best in class time-lapse camera Global Video System Parallels is a worldwide leader in virtualization and automation software that optimizes computing for consumers, businesses, and Cloud services providers across all major hardware, operating systems, and virtualization platforms. For the Cloud, Parallels automation and virtualization software enables cloud services providers to rapidly and profitably deliver the widest range of cloud services that small businesses want and need. Our software includes key building blocks of cloud service delivery - self service control panels, billing, cloud service provisioning and virtualization.

is Photography Premium Canvas Starting at just $99 Buy Now Framed Print Top 100 April Fool's Day Hoaxes Of All Time Top 100 April Fool's Day Hoaxes of All Time As judged by notoriety, creativity, and number of people duped. On March 31, 1989 thousands of motorists driving on the highway outside London looked up in the air to see a glowing flying saucer descending on their city. Many of them pulled to the side of the road to watch the bizarre craft float through the air. The saucer finally landed in a field on the outskirts of London where local residents immediately called the police to warn them of an alien invasion. Lifestyle We will never tire of the positive effects of nature. Its calming, soothing and inspiring influence will never go out of style. The more we rush, the more time we spend indoors staring at our screens and devices, the more urban our lifestyles become, the more we crave and need time away from it all. It has been amazing to follow the newest solutions to the old dilemmas: How to bring more green space to cities; how to reclaim underused urban land for recreational and other "green" uses; how to provide more and more people the opportunity to enjoy the benefits of spending time in nature. Lately, we have seen fantastic examples of how designers and architects, urban planners and citizens' organizations have accomplished both large and small-scale projects, from bringing a bit of greenery, and open space to otherwise bleak surroundings, to large-scale neighborhood-changing undertakings.

time lapse (kottke.org) kottke.org posts about time lapse Slow life Mar 28 2014 Well, I don't even have the words to describe what this is; you just have to watch it. Preferably in fullscreen at full resolution. Crazy Lion Man Categories October 23, 2010 3:06pm By Rowdy Joe BACK TO THE FUTURE 2 2011 : Irina Werning Now its time for KOREA, TAIWAN AND TOKYO. If you live here and want to participate in my project, email me amazing old pictures to : backtothefuturepics@gmail.com Riff Raff 1976 & 2011 London Andy 1967 & 2011 Los Angeles Johanes 1994 & 2011 Hamburg Maarje 1990 & 2011 Amsterdam 30 Stunning and Inspirational Comic Covers In the past it was rejected as a secondary form of art, the 20th century transformed comics into a mass medium. From comic strips to graphic novels, the gender has increasingly grown in number of publications and popularity. With the expansion of the gender came the necessity of creating covers that look amazing and attract new readers. Comic book covers are not only the preview of what's under them, but stunning works of art.