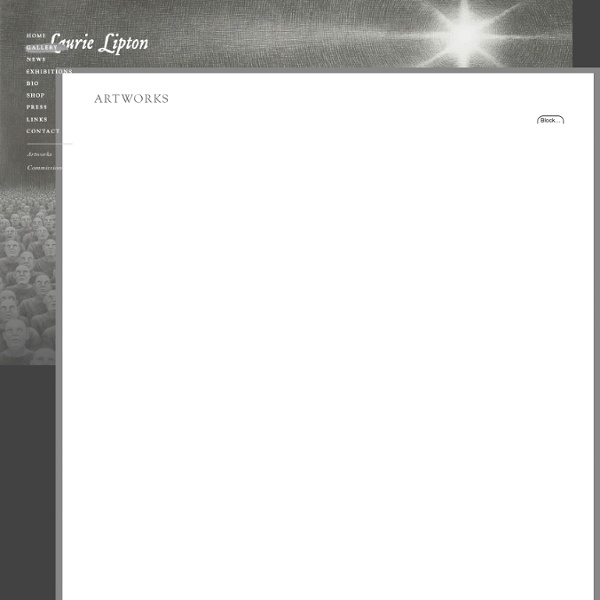 A Secret World - Illusion (Mobile) - The Most Amazing Creations in Art, Photography, Design, Technology and Video. It is fascinating how Mathew Borrett draws underground cities using positive and negative spaces. His illustrations are intricate, and seem like they may be inspired by M.C. Escher. Don't Make Me Over For some reason, my readers weren't completely appalled with the Facebook drawings I did a while back. In fact, the requests came fast and hard (insert stupid sex joke here). Here's a selection of derpy drawings I did for your viewing pleasure. Pleasure for your eyeballs.

Intricately Patterned Animal Illustrations It would be hard to tell from these strikingly detailed animals but artist Iain Macarthur got his start drawing cartoon characters. Now he carries his sketchbook on the bus, to the cafe and everywhere else as he includes more realism and in this case pattern in his illustrations. See more of his animals (and even some cartoons) at iainmacarthur.carbonmade.com. See Also INCREDIBLE 3D ILLUSTRATIONS JUMP OUT OF THE SKETCHBOOK Via: hypemuch.com The Art Of Jeremy Enecio I recently ran into a stunning portfolio of art by Jeremy Enecio, a Phillipines born illustrator who migrated to the US when he was four. His work is absolutely beautiful, and even when he works digitally his work retains an incredibly painterly feel. I encourage you guys to check out eight more of his works after the break. With the exception of the Street Fighter piece above, I find a lot of his other work to be surreal, haunting and incredibly beautiful. As a heads up, there might be some NSFW content after the break. If you guys like his work, I'd strongly recommend you guys pick up some of his high quality Giclee prints of his beautiful work here to support his efforts.

Photographer Martin Klimas Paints Like Pollock With Sound How do you paint with sound? It’s a good question and the answer comes from German photographer Martin Klimas. He starts by putting different colored paint on top of a speaker over some translucent material, then cranks up the volume. The vibrations of the speaker shoot the paint into the air creating beautiful patterns and sculptural forms, and Klimas snaps them with his camera while in flight. We’re used to seeing audiovisual collaborations, like those explored by Quayola and Jamie XX, but they’re usually animated using computer software, whereas this is a much more analogue affair.

Heike Weber Installations Utterly amazing installations by Heike Weber. She draws with permanentmarkers on acrylic floor and walls – surfaces that have reached up to 600 m2. I can’t begin to imagine how time consuming these breathtaking installations must have been. Via TRIANGULATION The Body Becomes a Sketchbook Jubss Lili Contraseptik’s tattoo style reminds me of Xoil’s work. A contemporary mismatch of shadings from pointillism to line art and gradient fill. The ink strokes resemble pen and marker, and the overall composition is like sketchbook drawings. Photos © Jubss Lili Contraseptik Via Ink Butter Extreme City Perspectives by Artist Fabio Giampietro Our friends over at Laughing Squid spotted some unique paintings by Milan-based artist Fabio Giampietro. His dynamic high contrast black and white paintings are oil on canvas. Most of the works shown here are from his Vertigo series and true to the name these paintings have a dizzying effect on the viewer. These cities viewed from high above are a bit reminiscent of the artist M. C.

Blog *NEW* « Tom Parker oops, you shouldnt be here :) my blog has moved to some progress on my sci fi chick, just started refining the clothes but got shedloads still to add and ding up, let alone the face and hair yet Quick hour speed sculpt whilst listening to Unkles – Lonely souls for an hour sneak Peek at my latest character Just been playing with the new dynamesh features in zbrush 4r2, its cool for speed sculpts but still prefer good ole base meshes Theres lots of great info about Slide London and their amazing character art studio in this months issue of ImagineFX, including an interview with myself about my time so far with Slide as a freelancer

An Amazing Tattoo Artist – Peter Aurisch Peter Aurisch, a tattoo artist based out of Berlin, Germany, creates amazing one of a kind works of art that are unlike anything you’ve ever seen before. Each piece mirrors Peter’s signature style, merging a whimsical aesthetic with an overall edgy and visually enticing demeanor. His tattoos are exploding with creativity, as he intermingles a vast array of subjects and figures into his works, somehow they all come together to create an overall brilliant cohesive design. Want to see more?