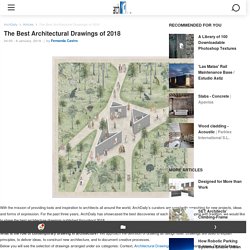 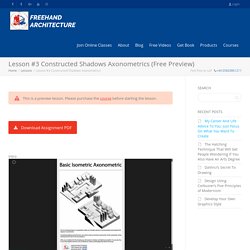 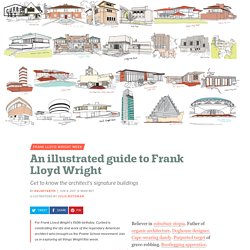 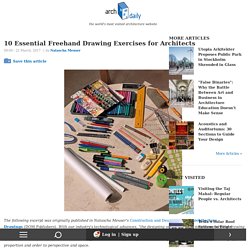 With our industry's technological advances, "the designing architect is not simultaneously the drawing architect. " Meuser's manual aims to help architects develop and hone their technical drawing skills as the "practical basis and form of communication for architects, artists, and engineers. " Read on for ten freehand drawing exercises that tackle issues ranging from proportion and order to perspective and space. Marta Colmenero illustrates Brutalist landmarks around the world. Spanish designer Marta Colmenero has created a set of illustrations that capture the concrete forms of brutalist architecture across the globe. 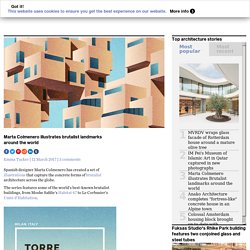 The series features some of the world's best-known brutalist buildings, from Moshe Safdie's Habitat 67 to Le Corbusier's Unité d'Habitation. Commissioned by insurance comparison site Go Compare for its Concrete Feats microsite, Colmenero has illustrated nine structures in total, showing their distinctive forms and colours. The curved exterior of the Barbican Estate – designed in the 1950s by British firm Chamberlin, Powell and Bon – is shown, alongside London's Balfron Tower – a 27-storey slab block created by Hungarian-born architect Ernö Goldfinger. Colmenero's illustration features its distinctive connecting bridges, against a bright blue sky. The designer also looked elsewhere in the world, documenting brutalist architecture from several parts of Europe. ARCHIWINDOW: A Glimpse Through “The Eyes of Architecture” ARCHIWINDOW: A Glimpse Through "The Eyes of Architecture" In his latest series, ARCHIWINDOW, Federico Babina draws some inspiration perhaps from the headline exhibition the Venice Biennale, investigating some of the most famous window designs architecture has to offer. 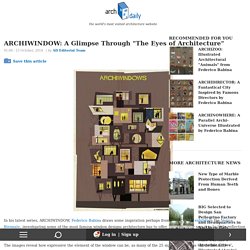 Babina simply says it is "a little reflection about architecture and the elements that compose it. " The images reveal how expressive the element of the window can be, as many of the 25 signature designs will be instantly recognizable for die-hard architecture fans, while others may reveal a previously-unrecognized trend in the work of a particular architect. "The windows are the eyes of architecture. Through the windows enters the light and shadow that creates spaces. Italo Calvino's 'Invisible Cities', Illustrated (Again) Italo Calvino's 'Invisible Cities', Illustrated (Again) Lima-based architect Karina Puente has a personal project: to illustrate each and every "invisible" city from Italo Calvino's 1972 novel. 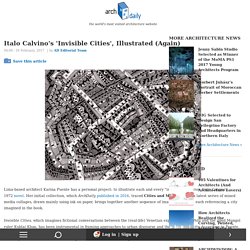 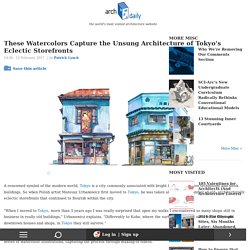 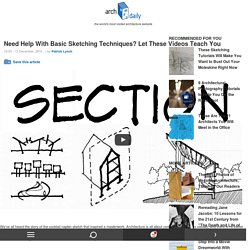 Let These Videos Teach You We’ve all heard the story of the cocktail napkin sketch that inspired a masterwork. Architecture is all about communicating ideas visually, and there is no better way to quickly express an idea than through sketching. But for many students just starting on the path of architecture, the skills to actually create such sketches don't come naturally, and mentors who will take the time to explain such basics can be hard to find. Geared towards young and aspiring architecture students, a new youtube channel, Themodmin, provides short, free tutorials on how to get the most out of your sketches in their series Architecture Daily Sketches. 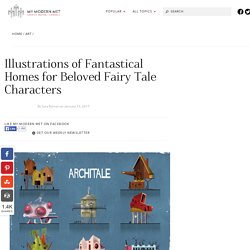 Illustrator Federico Babina is known for his creative mashups like Archilife, which paired movie stars with homes designed by famous architects. He’s recently unveiled his latest series called Architale that’s in the same vein—this time, it focuses on fairy tale architecture. Babina describes it as “a tribute to the fairy tale universe where the architectures are reinvented to accommodate the protagonists of the story.” Architale features 17 charming homes of beloved characters like Peter Pan and Cinderella. If you’re familiar with their original stories, parts of Babina’s architecture will be instantly recognizable. The Bare Essentials: 12 Minimalist Illustrations of Iconic Architecture. Yeah, we thought minimalist posters were done, too. Still, though they're a little late to the game, these prints by Portuguese artist and illustrator André Chiote are intriguing in their own right. Chiote's work delivers everything we've come to expect (and smugly sneer at) from the design meme: simple geometric lines and bold colors that consume the entirety of the composition.

Here, the modern and contemporary structures Chiote takes as his subjects are, for the most part, reduced to a few building details or formal snapshots. These Intricate Illustrations Portray the Details of Fantastical Cities. These Intricate Illustrations Portray the Details of Fantastical Cities In the first installment of her series, “Cities and Memory - the Architecture and the City," architect Marta Vilarinho de Freitas created a set of intricately rendered architectural fantasy worlds that straddled the line between realism and abstraction. Now Vilarinho de Freitas has returned with an additional 7 illustrations, this time experimenting with planimetrics and new cityscape scenes. In her drawings, she explores the relationship between detail and perception of the city, where negative space becomes as important to an architectural element’s presence and what is drawn. This Architect Fuses Art and Science by Hand Illustrating the Golden Ratio.

This Architect Fuses Art and Science by Hand Illustrating the Golden Ratio Rafael Araujo is a Venezuelan architect and illustrator who at the age of fifteen began to observe intelligent patterns in nature, giving rise to his interest in the golden ratio located in our natural environment. More than 40 years later, the results of this hobby is a collection of beautiful illustrations of nature made entirely by hand, equipped with a pencil, a compass, a ruler and a protractor. The artist's illustrations give his ability to represent the mathematical brilliance of the natural world, inciting the reunion of humans with nature. Illustrations that seem to come from a technological team, are made entirely by hand, mixing mathematical perfection with the artistic performance of Araujo.

Most of us observe a simple butterfly flutter, the artist visualizes a complex mathematical framework that regulates movements subtle flight. Architects’ Sketchbooks: Oscar Niemeyer. Given the proliferation of digital tools and time-saving software now available, some believe sketching is losing its relevance. With this visual series, we celebrate the art of drawing by delving into the sketchbooks of designers, revealing some hidden gems along the way. To be considered for a feature, send your own sketches with a description of your design process to editorial@architizer.com. After the vibrant watercolors of Steven Holl, the precisely penciled musings of Le Corbusier and the minimalistic sketches of Tadao Ando, behold the scribbles of the late Brazilian Modernist, Oscar Niemeyer.