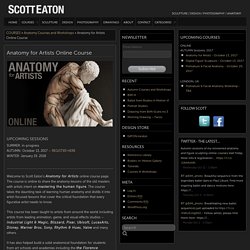 The course is online to share the anatomy lessons of the old masters with artists intent on mastering the human figure. The course takes the daunting task of learning human anatomy and distills it into artist-focused lessons that cover the critical foundation that every figurative artist needs to know. This course has been taught to artists from around the world including artists from leading animation, game, and visual effects studios – Industrial Light & Magic, Blizzard, Pixar, Ubisoft, LucasArts, Disney, Warner Bros, Sony, Rhythm & Hues, Valve and many others. “I’ve been collecting anatomy books, DVDs and reference photos for over seven years. Peter Levius Artist and founder of 3d.sk The weekly lectures are broken down into the following topics. Peter Bragino Fine Artist New Yorkwww.bragino.com Peter Bragino Artist, Painter New York City Yes. A realtime portrait - HUGE MAKING OF / TUTORIAL. -BREAKDOWN--I started cleaning the raw data using the clay brush with alt pressed (zsub) and also using the Smoothing`s tweaked algorithm – Hold shift, click and hold with the pen, release shift, and then you go. 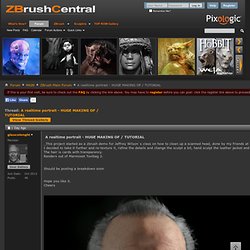 This mainly smooth out the surface without changing the overall surface too much. This also removes all those stars and triangles points that you get using dynamesh. -I duplicate the head, set a morph target and then re-project all those raw details back. With the morph brush, I can JUST remove the needed stuff. Actually this process helps if I just want to get rid of something specific for instance. Animation, Concept Art, CG, Computer Graphics, Video Games, VFX, Visual Development, Comics, Illustration, Toys, Entertainment, Galleries, Images, Wallpapers – CGHUB.com Galleries. Batman: Arkham Knight Exclusive Artwork and Screenshots. FUCK YEAH CONCEPT ART. Inspiration for CG Artists - ITS ART. THECAB - The Concept Art Blog. 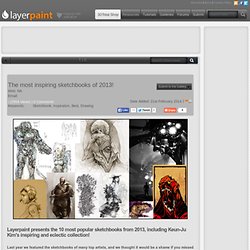 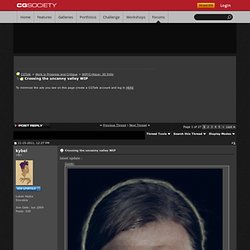 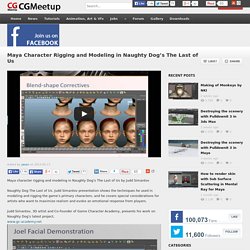 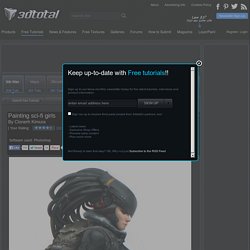 He guides us through his thought process, from the early stages to the finishing touches of his illustration... Sci-fi, girls and guns are just some of my inspirations. I'm a big fan of many things, but Japanese animé, comic books and sci-fi movies are my principal inspirations. Amazing pieces such as Akira, Ghost in the Shell, or, on a different note; Stars Wars, Aliens and Blade Runner have had a massive impact on my life. My image Journey is a kind of personal tribute to all those pieces. In the last year or so I've had the chance to create concepts and design characters after spending a lot of my career as a colorist. For anyone out there who has the same problem, this project overview could be very useful, even though it only scratches the surface. The idea Well, let's get started! A series of initial thumbnails The sketch Defining the outline of the character Evolving the sketch Definition. After Massive black workshop. 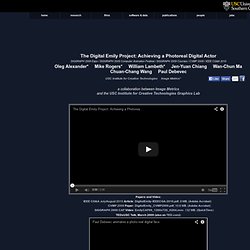 In early 2008 we were approached by Image Metrics about collaborating with them to create a realistic animated digital actor as a demo for their booth at the approaching SIGGRAPH 2008 conference. Since we'd gotten pretty good at scanning actors in different facial poses and Image Metrics has some really neat facial animation technology, this seemed like a promising project to work on. Image Metrics chose actress Emily O'Brien to be the star of the project. Captured Images: Artist Selfies: Everybody's Doing It. I review a lot of portfolios. 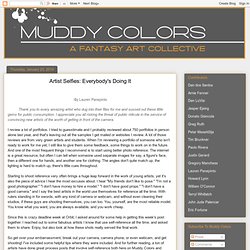 I tried to guesstimate and I probably reviewed about 750 portfolios in person alone last year, and that's leaving out all the samples I get mailed or websites I review. A lot of those reviews are from very green artists and students. When I'm reviewing a portfolio of someone who isn't ready to work for me yet, I still like to give them some feedback, some things to work on in the future. And one of the most frequent things I recommend is to start using better photo reference.