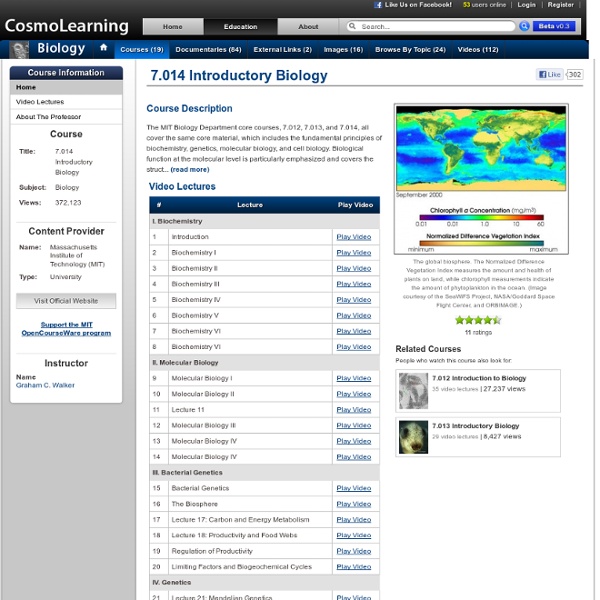 10 Awesome Online Classes You Can Take For Free Cool, but you need iTunes for nearly everything, and that gets an 'F.' Are there really no other places to get these lessons? I was sure there are some on Academic Earth. Flagged 1. 7 of them are available via YouTube. The Mirror Equation Ray diagrams can be used to determine the image location, size, orientation and type of image formed of objects when placed at a given location in front of a concave mirror. The use of these diagrams was demonstrated earlier in Lesson 3. Ray diagrams provide useful information about object-image relationships, yet fail to provide the information in a quantitative form.

Corner Member Close Up: Scott Williams Every other week, right here on the Corner Blog, we take a couple of minutes to learn a little more about a fellow photographer from around the Corner. This week we meet Scott Williams and get to check out 20+ of his favorite photographs (including the 1st one below that earned him 8th place in the 2010 Photograph of the Year contest). Name: Scott WilliamsUsername: Scott WWebsite(s): www.scottsphotographytips.com Mandarin Duck Drinking Loss of Predators Impacts Food Chain A loss of species at the top of the food chain could have far-reaching effects on the environment, according to a study in the Journal Science. Some of the world’s top predators - including lions, wolves and sharks - are in sharp decline. Human activities like pollution, habitat destruction, overfishing and hunting are largely to blame. Jim Estes studies sea otters.

Flowers in Ultra-Violet The compilation of species will continue to be updated at irregular intervals. All species listed here have been documented, and links are added whenever I can find spare time for updating. These images are made for illustrative purposes, not as artistic statements per se. However, there are lots of food for thought in the convoluted ways Nature expresses itself, so for once the artist can step backand let the subjects speak for themselves. "Das Ding an Sich" to paraphrase Kant, or Eigenvalue of Nature. If you are unfamiliar with the botany, just select any species indicated as having a "strong" response to learn how this looks.

Evolution is a Fact and a Theory Copyright © 1993-2002 [Last Update: January 22, 1993] hen non-biologists talk about biological evolution they often confuse two different aspects of the definition. On the one hand there is the question of whether or not modern organisms have evolved from older ancestral organisms or whether modern species are continuing to change over time. On the other hand there are questions about the mechanism of the observed changes... how did evolution occur? Biologists consider the existence of biological evolution to be a fact. The Evolution of the Human Eye The Evolution of the Human Eye Sean D. Pitman M.D. © May. 2001 Investments Research: Markets & Sectors Overview U.S. Sectors & Industries Performance is represented by the S&P 500 GICS® (Global Industry Classification Standard) indices. Last % change is the nominal change in the price of the index from the previous trading day's close expressed as a percentage as of the index value at the time noted in the Date & Time field.

365 days: 2011 in review For science — as for politics and economics — 2011 was a year of upheaval, the effects of which will reverberate for decades. The United States lost three venerable symbols of its scientific might: the space-shuttle programme, the Tevatron particle collider and blockbuster profits from the world's best-selling drug all came to an end. But the year also saw stirrings of science's future: hopes that research might blossom following the Arab Spring; cheap vaccines rolling out in Africa; and the first fruits of genome sequencing being used in the clinic. All this was overshadowed by the triple trauma of Japan's devastating earthquake, tsunami and nuclear meltdown, and a continual chipping away at science funding as nations struggled with the financial crisis.

Behavioural biologist Frans de Waal to give Freedom Lecture - News - News & Events Behavioural biologist Frans de Waal is to give this year's Freedom Lecture on 4 June in the Pieterskerk in Leiden. De Waal has many years of experience researching the behaviour of the species of anthropoid apes. Moral behaviour in animals The title of De Waal's lecture will be From Ape to to Angel:Bosch, Bonobos and Morality without God. Engineered stem cells seek out and kill HIV in living mice Expanding on previous research providing proof-of-principle that human stem cells can be genetically engineered into HIV-fighting cells, a team of UCLA researchers have now demonstrated that these cells can actually attack HIV-infected cells in a living organism. The study, published April 12 in the journal PLoS Pathogens, demonstrates for the first time that engineering stem cells to form immune cells that target HIV is effective in suppressing the virus in living tissues in an animal model, said lead investigator Scott G. Kitchen, an assistant professor of medicine in the division of hematology and oncology at the David Geffen School of Medicine at UCLA and a member of the UCLA AIDS Institute. "We believe that this study lays the groundwork for the potential use of this type of an approach in combating HIV infection in infected individuals, in hopes of eradicating the virus from the body," he said.

Psychopathic Traits Linked to Brain Reward System - NIH Research Matters March 29, 2010 People who scored high on a test that measures impulsive and antisocial traits had exaggerated brain responses to certain “rewards,” like winning money or taking stimulant drugs. The new study provides evidence that a dysfunctional brain reward system may underlie vulnerability to a personality disorder known as psychopathy. 2012 March 12 - The Scale of the Universe Interactive Discover the cosmos! Each day a different image or photograph of our fascinating universe is featured, along with a brief explanation written by a professional astronomer. 2012 March 12 The Scale of the Universe - Interactive Flash Animation Credit & Copyright: Cary & Michael Huang Explanation: What does the universe look like on small scales?