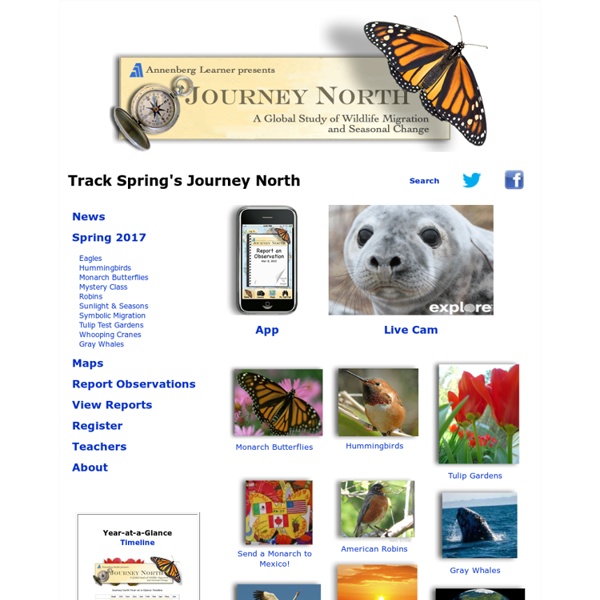 Emperor Penguin Emperor penguins spend their entire lives on Antarctic ice and in its waters. They survive—breeding, raising young, and eating—by relying on a number of clever adaptations. These flightless birds breed in the winter. After a courtship of several weeks, a female emperor penguin lays one single egg then leaves! Each penguin egg's father balances it on his feet and covers it with his brood pouch, a very warm layer of feathered skin designed to keep the egg cozy. There the males stand, for about 65 days, through icy temperatures, cruel winds, and blinding storms. Finally, after about two months, the females return from the sea, bringing food they regurgitate, or bring up, to feed the now hatched chicks. As the young penguins grow, adults leave them in groups of chicks called crèches while they leave to fish.

CreekWatch Biology For Kids - KidsBiology.com What's Invasive Invasive species are a threat to native plants and animals, crowding natives, consuming food sources, or acting as fire hazards. We have found that having groups such as schools run short-term "campaigns" is highly effective for locating invasive species. Join the fight against invasive species! Use your Android or iPhone to help us locate invasive species! Step 1. There are currently 249 registered users who have contributed 10824 observations of 216 invasive species in 108 active sites! The Biology Corner Edheads - Activate Your Mind!