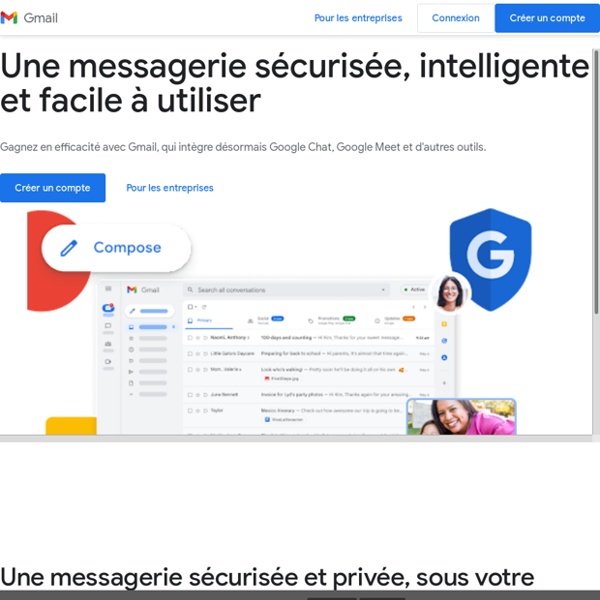 PowerMeter - Save Energy. Save Money. Make a Difference. We launched Google PowerMeter as a free energy monitoring tool to raise awareness about the importance of giving people access to their energy information. PowerMeter included key features like visualizations of your energy usage, the ability share information with others, and personalized recommendations to save energy. We partnered with device manufacturers and utilities around the world. Picasa Albums Web - Belloteau Laurent One account. All of Google. Sign in to continue to Picasa Web Albums Environment and climate change Cookies on the New Scientist website close Our website uses cookies, which are small text files that are widely used in order to make websites work more effectively. To continue using our website and consent to the use of cookies, click away from this box or click 'Close' Find out about our cookies and how to change them Environment

Learn English online: How the internet is changing language Online, English has become a common language for users from around the world. In the process, the language itself is changing. When America emerged from the ashes of a bruising war with Britain in 1814, the nation was far from united. Noah Webster thought that a common language would bring people together and help create a new identity that would make the country truly independent of the British. Webster's dictionary, now in its 11th edition, adopted the Americanised spellings familiar today - er instead of re in theatre, dropping the u from colour, and losing the double l from words such as traveller. It also documented new words that were uniquely American such as skunk, opossum, hickory, squash and chowder. RE<C - A Google.org Project to Develop Electricity from Renewable Energy Sources Our approach to RE<C Through RE<C, we made several investments in companies working on potentially breakthrough technologies. For instance, we invested in companies like Brightsource Energy and eSolar to help expand their work on concentrating solar power technology, and in Potter Drilling to advance its innovative geothermal drilling technology. And we've also sponsored research to develop the most state of the art Geothermal Map of the US, helping better understand the potential for geothermal energy to provide renewable power that’s always available. And we’ve had an engineering team working to improve a type of concentrating solar power technology called the solar power tower. The solar power tower is an exciting technology that works by using a field of mirrors, called heliostats, to concentrate the sun’s rays onto a solar receiver on top of a tower.

Hail the Kale! More Vegan Grub on the High Street 27 Sep Good news for sandwich fans! PETA UK Vegan Food Award winner and national fast-food chain Pret A Manger has added even more vegan goodies to its offerings! A new Super Greens sandwich, featuring kale, spinach and avocado, joins its Naked Avocado Bloomer as a vegan option on its sandwich shelf. It’s also added more varieties of vegan soup: the beetroot and horseradish soup, South Indian tomato and spice soup, smoky root vegetable and bean soup and butternut squash and sage soup are all delicious and free of animal products. Pret has also added a page to its “What Can I Eat” guide that details all the choices for hungry herbivores.

Twitter shows language evolves in cities WHERE do new words come from? On Twitter at least, they often begin life in cities with large African American populations before spreading more widely, according to a study of the language used on the social network. Jacob Eisenstein at the Georgia Institute of Technology in Atlanta and colleagues examined 30 million tweets sent from US locations between December 2009 and May 2011. Several new terms spread during this period, including "bruh", an alternative spelling of "bro" or "brother", which first arose in a few south-east cities before eventually hopping to parts of California. Residents of Cleveland, Ohio, were the first to use "ctfu", an abbreviation of "cracking the fuck up", usage that has since spread into Pennsylvania (arxiv.org/abs/1210.5268).

Projects - Technology-Driven Solutions that Address Global Challenges Solutions to help the world live and work more sustainably We developed the Renewable Energy Cheaper than Coal (RE<C) initiative to drive down the cost of renewable energy. We’ve published our results to help others in the field continue to advance the state of concentrating solar technologies. Go to RE<C Google Earth Engine Google Earth Engine, now part of Google Geo, makes decades of satellite imagery archives, data and tools available to scientists and governments around the world so they can monitor and measure changes in the Earth’s environment.

AdWords : Générateur de mots clés With Keyword Planner, we've combined the functionality of Keyword Tool and Traffic Estimator to make it easier to plan search campaigns. That's why Keyword Tool is no longer available. You can use Keyword Planner to find new keyword and ad group ideas, get performance estimates for them to find the bid and budget that are right for you, and then add them to your campaigns. Note To access Keyword Planner, sign in to your AdWords account at Click the Tools and Analysis drop-down menu and select "Keyword Planner." Keep in mind that the anonymous keyword tool is no longer available. Motivating speaking activities for lower levels Planning time has been shown to increase production in speaking tasks. Lower level learners often find it especially difficult to speak spontaneously, so these activities incorporate 'thinking time' during which learners can prepare for speaking by planning what they are going to say, and asking the teacher or using a dictionary to look up missing vocabulary. The following activities are relatively short, with minimal materials preparation time for the teacher. They are designed for use as a warmer or a filler in the middle or at the end of a class.

Electronic Classroom: September 1997 Exploring Literacy Column from RT Caity's Question: Literacy as Deixis on the Internet Donald J. Leu, Jr. RechargeIT.org RechargeIT was launched in 2007 as an effort within Google.org to demonstrate plug-in electric vehicle (EV) technology and accelerate its adoption. With several new EV’s now available in the marketplace, we’ve retired the RechargeIT initiative. In fact, we’ve updated our EV infrastructure to include more than 30 of the newest plug-in vehicles as part of our employee car sharing service, Gfleet. We’ve started with the Chevrolet Volt and Nissan Leaf and we’ll be adding new models as they become available.