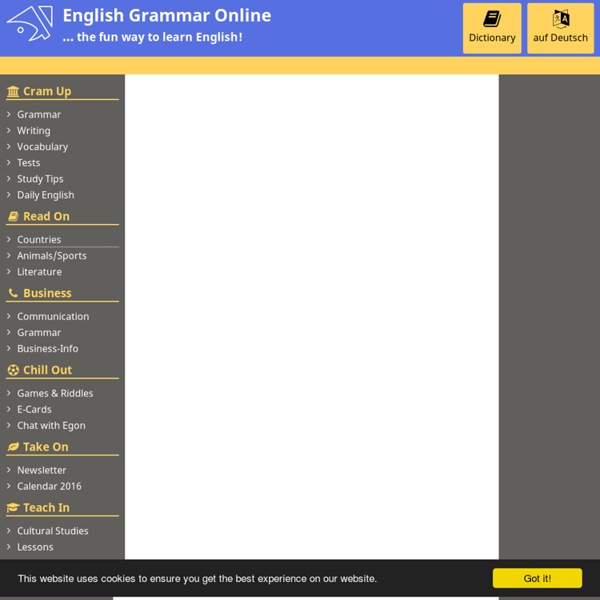 Introduction to English-speaking Countries (Lesson Outlines) Foreign teachers at Chinese universities are sometimes asked to teach a course with a name such as "A General Survey of English-speaking Countries", or "An Introduction to English-speaking Countries", or similar. I taught this course for a semester in 2003, and found the lesson preparation quite overwhelming. This was especially the case since I was given very little guidance and no clear objectives. In the hope that it might be of some assistance to other teachers who find themselves in a similar situation, I have collected together some notes on how I ran the course, and the Microsoft Powerpoint presentations which I used during the lectures. Of course, I do not expect that any teacher would follow these notes to the letter, since their own lessons will naturally be influenced by their individual expertise and their ideas about teaching. I would like to make it clear that this is not an ideal teaching plan, and if I taught the course again I would certainly make some alterations.

Speech - I have a dream... SpeechI will now present the whole theme that we are going to work with during the next few weeks. Don't worry - I will give you instructions while we are working as well.You work together in your groups with: 1. The magic of three Watch the film about the Magic of three: 2. English Timeline This interactive timeline allows you to explore the evolution of English language and literature, from the 11th century to the present day. Scroll through decade by decade to investigate the richness and diversity of our poetry and prose, as well as the many social, cultural and political strands from which our language has been woven. The timeline includes a fascinating combination of texts: Anglo Saxon tales and medieval illuminations; iconic literary manuscripts and printed texts; as well as letters, newspapers, handbills, posters, charters, speeches and campaign leaflets. Launch the interactive Flash timeline above, or explore the collections within each of the centuries below. Beowulf, Anglo Saxon monsters & more...

UNIT 1: DISCOVER ENGLISH SPEAKING COUNTRIES - English with Rose In this unit we'll carry out four different activities in order to learn such general facts of the English Speaking country you're working on as: - Its location in the world map.- Its flag.- Its official language.- Its currency.- Its total area.- Its President or Prime Minister (amongst other data) Facelift – WebEnglish.se WebEnglish.se has gone through a total facelift. For the last week, we have been working to make WebEnglish.se more accessible, user-friendly, modern and faster for our visitors’ convenience. Themes have got a more prominent position, as you can access them on a separate Themes Page as well as under each level’s menu item. The number of language level categories has been diminished from five to four, after a vote on Facebook.

EnglishLink.Com 100% Free English Lessons No timetables, no fees. Improve your English grammar, speaking, pronunciation, vocabulary, reading, listening and writing. Start learning English now Halloween Worksheets and Activities Lanternfish has a variety of different activities for Halloween. Just click on the worksheet below. It may take a while to open as most of the files are MS Word documents.

New Zealand English To the untrained ear, the Southern Hemisphere accents — Australian, New Zealand and South African — are rather similar. This may have to do with the fact that it is much easier to travel between these places than from any of them to Britain or North America. Listen more closely, however, and you'll hear that the accents have in fact developed in different directions. This young woman, like many New Zealanders, uses the word "Kiwi" to refer to both herself and her way of speaking. The kiwi is a national symbol of New Zealand — if you're talking about a flightless bird with a long beak. The kiwi fruit, although often imported from New Zealand, is native to China. Access VG1: Extra text: English in Jamaica The story of how English came to Jamaica is closely connected to one of the most shameful chapters in the history of the British Empire: the slave trade. The British conquered Jamaica from Spain in 1692 and the island soon became a producer of sugar. Harvesting sugar cane requires a lot of manpower, more than the British could supply themselves. The local population was no use – they had already been wiped out. The solution was found over the ocean in West Africa.