Daily Coffee News by Roast Magazine. Seven of the Best Coffee Shops in Tokyo Right Now (Plus Hype Video) Tokyo has never been at a loss for cafes, but it’s only in recent years that there’s been a real boom in quality and craftsmanship. 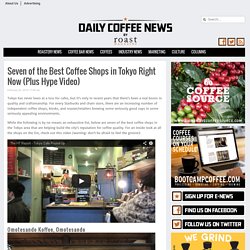 For every Starbucks and chain store, there are an increasing number of independent coffee shops, kiosks, and roaster/retailers brewing some seriously good cups in some seriously appealing environments. While the following is by no means an exhaustive list, below are seven of the best coffee shops in the Tokyo area that are helping build the city’s reputation for coffee quality. For an inside look at all the shops on the list, check out this video (warning: don’t be afraid to feel the groove): Omotesando Koffee, Omotesando Omotesado Koffee. Cafe Culture: The rise of the specialty coffee small business. Ric Rhinehart and a new breed of specialty coffee shop owners want Americans to think differently about coffee. 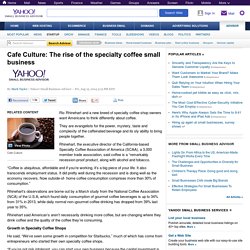 They are evangelists for the power, mystery, taste and complexity of the caffeinated beverage and its sly ability to bring people together. Rhinehart, the executive director of the California-based Specialty Coffee Association of America (SCAA), a 3,000 member trade association, said coffee is a “remarkably recession-proof product, along with alcohol and tobacco. “Coffee is ubiquitous, affordable and if you’re working, it’s a big piece of your life. It also transcends employment status. It did pretty well during the recession and is doing well as the economy recovers.

Rhinehart’s observations are borne out by a March study from the National Coffee Association (NCA) of the U.S.A, which found daily consumption of gourmet coffee beverages is up to 34% from 31% in 2013, while daily normal non–gourmet coffee drinking has dropped from 39% last year to 35%. “Starbucks is great. Best Boston cafés and coffee shops: Lattes, espresso, tea and more. The best coffee shops and cafés in Boston: Thinking Cup © Michael Ascanio Peguero It may have been christened "Beantown" on account of the baked variety, but Boston can't get enough coffee beans. 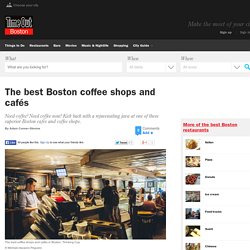 Like any other major city with a fair share of wind-chilled, under-slept professionals, the Hub boasts a plethora of cafés that have high-quality espresso, extensive tea selections, cozy atmospheres and (on occasion) pool tables. The best Boston coffee shops and cafés don't just offer java. You'll find obscure magazines, weekly trivia nights and a humble cup of joe at cult favorite Trident in the Back Bay. Braving The Italian Coffee Bar. NYC: First Look At Hi-Collar, A Very Japanese New Cafe In The East Village - Sprudge. Dateline, Manhattan: Sprudge.com is first to report that Bon Yagi, the “East Village Ambassador for Japanese Cuisine” has now officially opened his first coffeeshop and bar venture, called Hi-Collar and located at 214 East 10th Street. 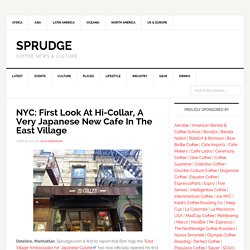 Mr. Yagi’s stable of establishments, which include East Village stalwart Rai Rai Ken, perfect hole-in-the-wall Curry-Ya, and the supremely hollerable street food stand Otafuku, are all about bringing a slice of Japanese food and culture to New York. Hi-Collar is his attempt to introduce the slower, more meticulous and leisurely kissaten style of coffee shop to the hurried, harried world of New York City coffee. Coffee_market_in_japan. [咖啡專題] 20家世界最漂亮的咖啡店 @ 屏東在地狼偽裝計劃- Like A Local. 圖片轉錄自Italian-American coffee drinking men in an unknown coffee shop in Little Italy, 1930s 原文出處：The Most Beautiful Coffee Shops in the World ＠特約譯者安那羊整理報導 這裡有20家世界各地很棒、有特色的咖啡店，這一生若有機會，強烈建議一定要去走訪。 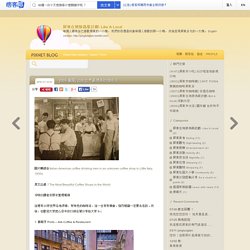 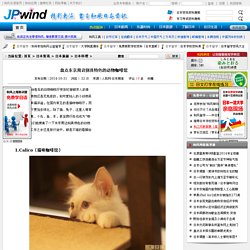 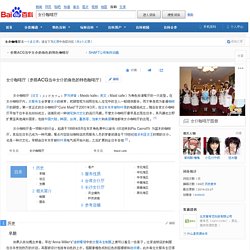 这家连锁店的制服在日本受到热烈的欢迎，其服装设计包括有白色的上衣，搭配着橙色或粉红色的围裙装和迷你裙，此外每位女服务生还得另外配戴一个心形的名称标志。 值得注意的是，该围裙装特别将开口开至胸前，直到腰摆处才将其收拢。 日本特色：风靡东京的猫咪咖啡屋. Japanese Cat Coffee Shop. Kiyotaka Horii Cat cafes, where patrons pay to hang out with cats, have become huge in Japan and spread around the world since the first one opened in Taiwan in 1998. 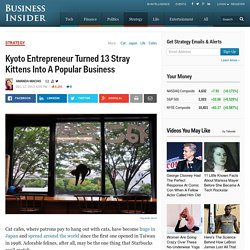 Adorable felines, after all, may be the one thing that Starbucks can't match. For some business owners, the cafes also offer a way to provide a better life for cats. Case in point is Cat Cafe Nekokaigi owner Mayuko Horii, who opened Kyoto's first cat cafe in 2008 with 13 stray kittens. The ancient Japanese city happens to be full of stray cats.

"We adopted the stray cats from a volunteer when they were about two months old. Visitors pay about 800 yen ($8) an hour to play with any of the 13 cats, who chase stuffed toys and nap around the room. Horii enforces a few rules to ensure a good life for the cats, for instance banning children under the age of 13 and telling patrons never to touch sleeping cats. "We refuse it because our other customers who love the cats will be sad to see them go. 夢想，出發：特色咖啡館人氣開店！ 国外特色咖啡馆 日本Kureon咖啡厅_馥郁咖啡_新浪博客. 咖啡馆 咖啡店 特色咖啡馆 各地咖啡馆介绍 - 蜜思咖啡网.