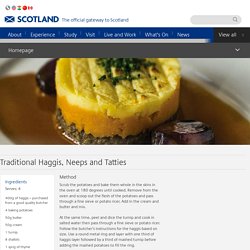 Remove from the oven and scoop out the flesh of the potatoes and pass through a fine sieve or potato ricer. Add in the cream and butter and mix. At the same time, peel and dice the turnip and cook in salted water then pass through a fine sieve or potato ricer. To heat put in a medium oven until warm. Burns Night menu: Haggis with neeps & tatties recipe to celebrate Robert Burns. Nothing says a Burns Night supper party menu like mounds of piping hot haggis and tatties - it's what Rabbie would have wanted. 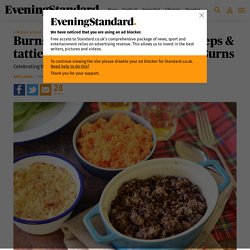 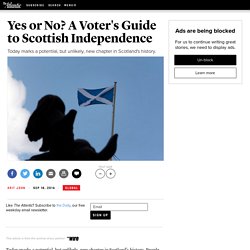 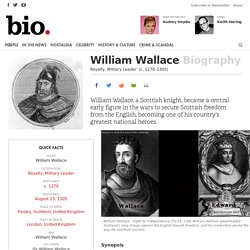 Synopsis Born circa 1270, near Paisley, Renfrew, Scotland, William Wallace was the son of a Scottish landowner. He spearheaded his country’s long charge against the English toward freedom, and his martyrdom paved the way for eventual success. The Rebellion Begins. 10 Facts About Scottish Historical Figure Sir William Wallace. 1. 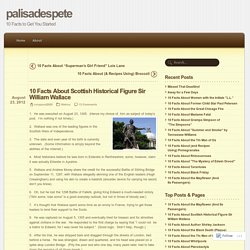 He was executed on August 23, 1305. (Hence my choice of him as subject of today’s post. I’m nothing if not timely.) 2. Braveheart: Freedom Speech. Scotland.org. Tartan, kilts & Scottish national dress. Name five iconic things about Scotland, and chances are one of them will be tartan or a kilt! 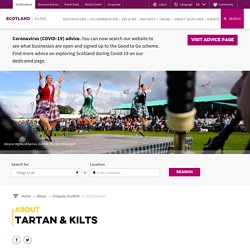 We're well known for men in kilts, but it's so much more than just something to wear - it's a historic piece of clothing which has stood the test of time. These days you can find tartan in even designer collections, high street stores or homewares. But it all started here in Scotland, hundreds of years ago. Tartan It's a fabric made up of horizontal and vertical stripes in different colours, on a coloured background.The interwoven stripes are known as a sett.It originated in the Highlands.The first mention of tartan in Scotland was in 1538.Originally, clanspeople used local plants, mosses and berries to dye the wool. 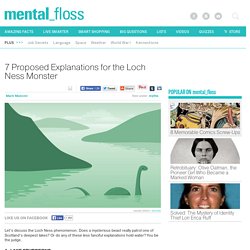 Does a mysterious beast really patrol one of Scotland’s deepest lakes? Or do any of these less fanciful explanations hold water? You be the judge. 1. Lake Sturgeons Many Nessie witnesses have mentioned large, crocodile-like scutes (hardened plates) sitting atop the animal’s spine. 2. When a mighty Scottish pine dies and flops into the loch, it quickly becomes water-logged and sinks. 3. WTF Happened to Movie Posters? Quiz: US Citizenship Test - Could You Pass? Top 10 London Attractions. 25 maps that explain the English language.

25 maps that explain the English language. Tracks 2013: 5: Life and Society: The English-Speaking World. Access VG1: Extra text: English in Jamaica. The story of how English came to Jamaica is closely connected to one of the most shameful chapters in the history of the British Empire: the slave trade. 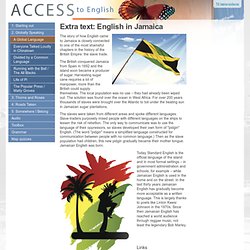 The British conquered Jamaica from Spain in 1692 and the island soon became a producer of sugar. Harvesting sugar cane requires a lot of manpower, more than the British could supply themselves. The local population was no use – they had already been wiped out. The solution was found over the ocean in West Africa. For over 200 years thousands of slaves were brought over the Atlantic to toil under the beating sun in Jamaican sugar plantations. The slaves were taken from different areas and spoke different languages. Students - People and Places. An Education & Child Development Site for Parents. 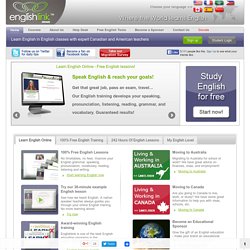 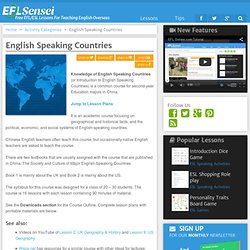 Foreign teachers at Chinese universities are sometimes asked to teach a course with a name such as "A General Survey of English-speaking Countries", or "An Introduction to English-speaking Countries", or similar. I taught this course for a semester in 2003, and found the lesson preparation quite overwhelming. This was especially the case since I was given very little guidance and no clear objectives. In the hope that it might be of some assistance to other teachers who find themselves in a similar situation, I have collected together some notes on how I ran the course, and the Microsoft Powerpoint presentations which I used during the lectures. Of course, I do not expect that any teacher would follow these notes to the letter, since their own lessons will naturally be influenced by their individual expertise and their ideas about teaching.

I would like to make it clear that this is not an ideal teaching plan, and if I taught the course again I would certainly make some alterations. UNIT 1: DISCOVER ENGLISH SPEAKING COUNTRIES - English with Rose. In this unit we'll carry out four different activities in order to learn such general facts of the English Speaking country you're working on as: Eslteacher- Most important English speaking Countries. A Brief Introduction to English-speaking Countries PowerPoint presentation.