When in the Amazon, Please Do Not Punch the Dolphins - NYTimes.com 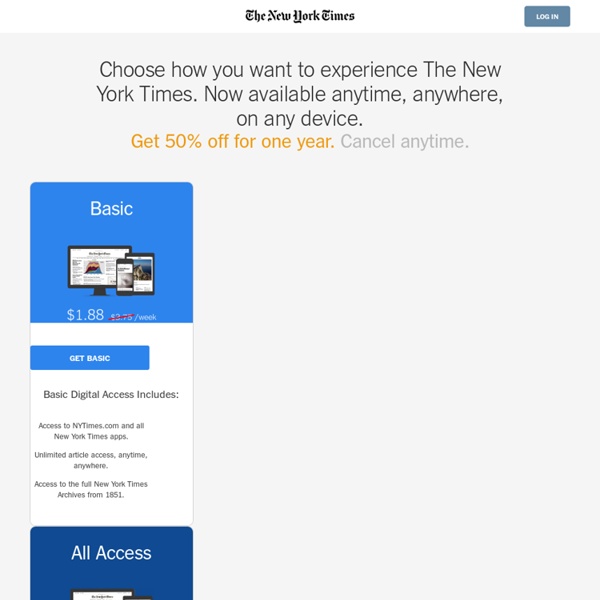 The help and harm of the $173 billion “voluntourism” industry by Maya Wesby For college students, studying abroad offers the chance to travel, earn credit, and gain work experience. Students may opt to take language-emersion courses or even earn grants for working on subject-based projects (for example, doing scientific research on the Great Barrier Reef or filming a documentary in Egypt). Yet one type of study abroad involves volunteer work in developing nations, and willing participants can travel the world while gaining a sense of community alongside fellow volunteers and the native population.

Simple treatment for severe bleeding could save lives of mothers around the world New evidence suggests low-cost drug should become frontline response for major blood loss after childbirth. The global trial of 20,000 women found that death due to bleeding was reduced by 31% if the treatment was given within three hours. The drug, called tranexamic acid (TXA), works by stopping blood clots from breaking down. The findings also show it reduced the need for urgent surgery to control bleeding (laparotomy) by more than a third (36%). Severe bleeding after childbirth (known as post-partum haemorrhage or PPH) is the leading cause of maternal death worldwide. Learn how to Catch a Phish The stonefish is named for its ability to camouflage itself among ocean floor debris. It is highly venomous, and its sting can be fatal to any human unfortunate enough to step on one. Recognizing and avoiding the stonefish is a swimmer’s best defense, but that is easier said than done. Like the stonefish, the email phish (or simply “phish”) is a master of disguise, lurking in inboxes and waiting for users to step on them. Its venom is kept in links and attachments, and one click delivers a sting of malware to the user’s computer system. Recognizing and avoiding the email phish is a user’s best defense, but that, too, is easier said than done.

Arrival is a stunning science fiction movie with deep implications for today Science fiction is never really about the future; it’s always about us. And Arrival, set in the barely distant future, feels like a movie tailor-made for 2016, dropping into theaters mere days after the most explosive election in most of the American electorate’s memory. But the story Arrival is based on — the award-winning novella Story of Your Life by Ted Chiang — was published in 1998, almost two decades ago, which indicates its central themes were brewing long before this year. When You Want to Say, “Be Careful!” - Child and Nature Alliance of Canada by Petra Eperjesi, Manager of National Programs “Be careful!” Saying (shouting) that can be such a knee-jerk reaction when we see kids doing something that we perceive as dangerous.

Volunteer travel: experts raise concerns over unregulated industry It seems like such a wonderful idea, to head off across the world to help orphans and children, to build schools and conserve wildlife. But scepticism about the genuine value voluntourists provide for local communities is growing, and NGOs are asking whether an unregulated industry providing young unqualified westerners is really a good way to support developing countries. There are, of course, plenty of situations where volunteers have turned up, done a wonderful job and left again. But both on and offline there are growing collections of volunteering stories that have ended less than happily. “I know of school trips where local builders were working during the night to straighten the walls of a house built by foreign student volunteers the previous day,” says Frederikke Lindholm, the communications manager of The Shelter Collection, a children’s NGO in Vietnam. Billion-pound industry

Association between maternal social deprivation and prenatal care utilization: the PreCARE cohort study Despite the supposedly protective policies in France, we found that social deprivation is associated with inadequate PCU here. The strength of the association and the aspects of deprivation involved varied according to women’s migration status. Inadequate PCU was also associated with recent immigration, with unplanned and unwanted pregnancy, independently of others social conditions. In most studies, the definition of social condition is limited to only one of its multiple dimensions or is geographic/ecological rather than individual (Townsend index [23] or the Index of Multiple Deprivation [24]). A strength of this study is that the complex and multidimensional aspects of social deprivation were considered in the individual definition we used. At both enrollment and after delivery, we sought to collect several social characteristics that allowed an accurate assessment of the social condition of each woman.

How to stop annoying robocalls on your iPhone or Android phone Update May 10th 9:30AM ET: This article was originally published on March 6, 2018 and has been updated to include video. Mobile spam calls have been a nuisance for years, but over the last few months, it’s felt to me like there’s been a surge of them. I get between four and six calls daily, and a quick survey of friends shows that I’m not alone. I am not always very attached to being alive Content warning: this essay contains vivid language about suicide and suicidal thoughts. I wish there was a nicer way to say this, but I don’t always want to be alive. Right now, I don’t actively want to kill myself — I don’t have a plan, I don’t check the majority of the boxes on lists of warning signs of suicide, I have a life I enjoy and I’m curious about the future — but the fact remains, I don’t always feel strongly about being alive and sometimes, on particularly bad days, I truly want to die. It’s been a long time since that statement felt anything but mundane. In middle school and high school, there were the morbid poems, the self-harm, the overwhelming emotions that everyone dutifully labeled teen angst. In college, there were nights when I drank too much and the protective barriers keeping my depression at bay faded to nothing and the thought came to me unbidden, as seductive as it was scary.

Baby Storm five years later: Preschooler on top of the world By Jessica Botelho-UrbanskiStaff Reporter Mon., July 11, 2016 As a baby, Storm Stocker-Witterick drew attention from around the world. Now, as a 5-year-old, she’s more likely to be getting attention from her parents and siblings. Why International Medical Volunteering Does More Harm Than Good - Role Reboot The law cares about actions and outcomes, not intentions. When it comes to volunteering, so should we. Sidney Peters. She’s the whole package: an incredibly talented athlete, an emergency medical technician (EMT), and an aspiring Coast Guard physician. She combines excellence, perseverance, and a sincere desire to do good under adverse circumstances. Peters is the starting goalie of the University of Minnesota Women’s Hockey Team.