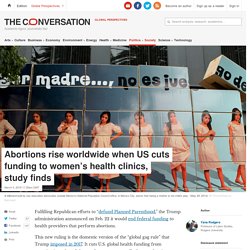 This new ruling is the domestic version of the “global gag rule” that Trump imposed in 2017. It cuts U.S. global health funding from organizations abroad that perform – or even talk about – abortions, including the International Planned Parenthood Federation. Human capital and the benefits, explained. In the business world, people are a company’s most valuable resource. 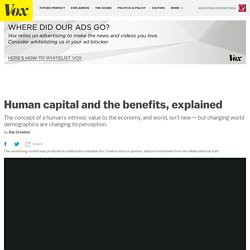 An individual can be the difference between closing a deal or losing a customer, for example, or they might boast a robust network of helpful contacts. In short, people possess intrinsic social and business currency. One way to assess this personal value and impact is by considering human capital. In simple terms, human capital is the sum total of a population’s health, knowledge, and skills; and it’s bolstered by ensuring people have sufficient and consistent access to healthcare and education. Devoting funds to education and healthcare only has upsides, which leads to the big question: Why aren’t more countries prioritizing these investments — and, as a result, giving their populations a chance to thrive? Economists have been fascinated by the impact of human capital for centuries. Despite its relatively simple definition, human capital has a somewhat complicated (and occasionally controversial) history.

Indian state launches breastfeeding drive in bid to cut infant deaths. The Rajasthan government has launched a campaign to promote breastfeeding, particularly in the first hour after birth, in a bid to improve the state’s infant mortality rate. 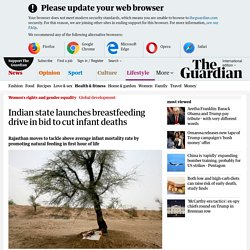 There were 41 infant deaths for every 1,000 live births in the north-east Indian state in 2016, compared with the national average of 34. Life on the Congo river: boosting survival rates for mothers and babies – in pictures. Why Donald Trump is bad for the health of the world – in five charts. When Donald Trump said “America first” back in January, it wasn’t long before he put his money where his mouth was. 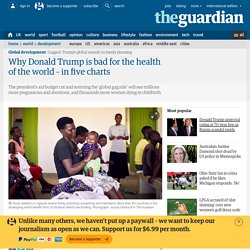 America has long been the world’s most generous bilateral funder of healthcare programmes in the developing world. However, the Trump presidency has delivered a triple whammy: cutting aid budgets, defunding the UN Population Fund and reinstating a policy cherished by every Republican president since Reagan aimed at restricting abortion around the world – the so-called global gag rule.

The cumulative consequences over four years look ominous: millions of unintended pregnancies, thousands of unsafe abortions, tens of thousands of lives lost, and hard-won progress against diseases such as HIV and tuberculosis jeopardised. All hands on deck: new evidence on the need for a multi-sectoral approach to reducing childhood stunting. In Indonesia, chronic malnutrition is widespread with more than one-third of young children being stunted. 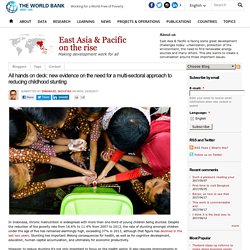 Despite the reduction of the poverty rate from 16.6% to 11.4% from 2007 to 2013, the rate of stunting amongst children under the age of five has remained alarmingly high, exceeding 37% in 2013, although that figure has declined in the last two years. Stunting has important lifelong consequences for health, as well as for cognitive development, education, human capital accumulation, and ultimately for economic productivity. However, to reduce stunting it’s not only important to focus on the health sector. Association between maternal social deprivation and prenatal care utilization: the PreCARE cohort study. Despite the supposedly protective policies in France, we found that social deprivation is associated with inadequate PCU here. 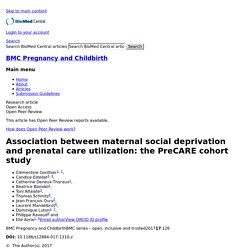 The strength of the association and the aspects of deprivation involved varied according to women’s migration status. Inadequate PCU was also associated with recent immigration, with unplanned and unwanted pregnancy, independently of others social conditions. Simple treatment for severe bleeding could save lives of mothers around the world. New evidence suggests low-cost drug should become frontline response for major blood loss after childbirth. 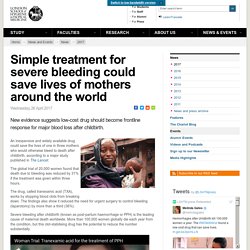 The global trial of 20,000 women found that death due to bleeding was reduced by 31% if the treatment was given within three hours. The drug, called tranexamic acid (TXA), works by stopping blood clots from breaking down. The findings also show it reduced the need for urgent surgery to control bleeding (laparotomy) by more than a third (36%). Severe bleeding after childbirth (known as post-partum haemorrhage or PPH) is the leading cause of maternal death worldwide. Inexpensive Drug Prevents Deaths in New Mothers, Study Finds - NYTimes.com.

WASH 1,000 and Community Led Total Sanitation in Ghana. A primary focus of our work in Ghana is the WASH 1,000 approach, which promotes four key behaviors related to water, sanitation and hygiene (WASH) activities during the first 1,000 days. 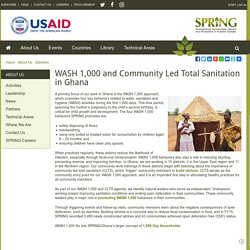 This time period, spanning the mother’s pregnancy to the child’s second birthday, is critical for child growth and development. The SPRING/Ghana 1,000 Day Household Approach. Trump's 'global gag' aid rule endangers millions of women and children, Bill Gates warns. The “global gag rule” imposed by Donald Trump, blocking US funds to any organisation involved in abortion advice and care overseas, could impact millions of women and girls, endangering their lives and those of their babies, Bill and Melinda Gates have warned. 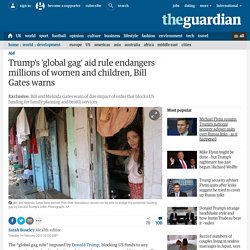 The changes are expected to result in funding from the world’s biggest donor to family planning and women’s health programmes in the developing world being slashed. It could, Bill Gates told the Guardian, “create a void that even a foundation like ours can’t fill”. Gates and his wife spoke out as they published a progress letter to Warren Buffett, the businessman who 10 years ago invested a large part of his fortune in the couple’s foundation which has at its centre the mission to save children’s lives. Empowering women and girls, the couple said, was central to that aim. Trump signed an executive order reimposing the Mexico City policy, also known as the global gag rule, on his first full day in office. ‘It's the breaking of a taboo’: the parents who regret having children. It was coming up to Christmas 2015 when a query popped up on Victoria Elder’s home computer screen. 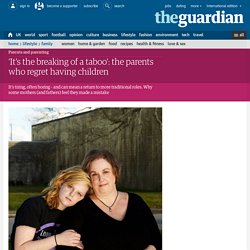 It was from the question-and-answer site Quora, to which she had only recently subscribed. 'There will be more deaths': NGOs on Trump's anti-abortion rule. This photo sums up Trump’s assault on women’s rights. Look at these men. Look at them. Gathered around the most powerful man in the world – a man who has openly bragged of sexual assault, who refers to a vulva as a woman’s “wherever” – as he signs away the reproductive rights of women in developing countries. Poorest and most marginalised women continue to be most at risk of maternal death. Texas has highest maternal mortality rate in developed world, says new study.

Texas is scrambling to explain why it has suffered the sharpest increase in maternal deaths of anywhere in the US - a rate of mortality not matched anywhere within the developed world. A new study has found the number of women who died from complications related to pregnancy doubled from 2010 to 2014. A number of observers believe the development is linked the slashing of funding for Planned Parenthood and other women’s health programmes by the Republican-controlled state government. A report in the September issue of Obstetrics and Gynecology, found that after a modest increase in maternal mortality in Texas between 2000 and 2010, the rate of pregnancy-related deaths nearly doubled in 2011 and 2012- a trend the researchers found “puzzling”. Activists say funding to groups such as Planned Parenthood has been repeatedly cut (AP) “A future study will examine Texas data by race–ethnicity and detailed causes of death to better understand this unusual finding.”