Official Trailer [HD] 16 Wildly Successful People Who Overcame Huge Obstacles To Get There. You’ve heard it before: “If at first you don’t succeed, try again.” 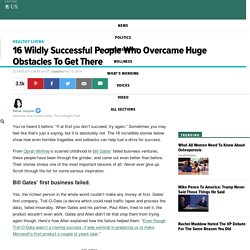 Sometimes you may feel like that’s just a saying, but it is absolutely not. The 16 incredible stories below show how even horrible tragedies and setbacks can help fuel a drive for success. From Oprah Winfrey‘s scarred childhood to Bill Gates‘ failed business ventures, these people have been through the grinder, and came out even better than before. Their stories stress one of the most important lessons of all: Never ever give up. Scroll through the list for some serious inspiration. Bill Gates’ first business failed. Yes, the richest person in the whole world couldn’t make any money at first. Albert Einstein didn’t speak until he was four years old. Einstein didn’t have the best childhood. Jim Carrey used to be homeless. Carrey revealed to James Lipton on “Inside the Actor’s Studio” that when he was 15, he had to drop out of school to support his family. 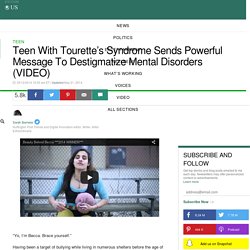 Brace yourself.” Having been a target of bullying while living in numerous shelters before the age of 16, Becca Calla didn’t have the easiest childhood growing up. But when the teen was finally diagnosed with Tourette’s Syndrome and OCD, along with other mental illnesses, she was finally able to seek the help she needed — and she’s now ready to crush the stigma. In a powerful two-minute video submission for the Change the View 2014 contest, Becca proves that her mental illnesses do not define her or will stop her from achieving her goals. The 5th annual contest was hosted by Children’s Mental Health Ontario, an organization that represents and supports the providers of child and youth mental health treatment services.

“I’ve been playing violin for 10 years. “Ask anyone that knows me now. CORRECTION: An earlier version of this story misidentified Tourette’s as a mental, rather than neurological, disorder and misidentified the title of the organization holding the contest. Courage of Famous Failures - Inspirational. LGBTQ people share their stories of violence and resilience. Before Iman Le Caire leaves her house in the morning, she burns sage and prays. 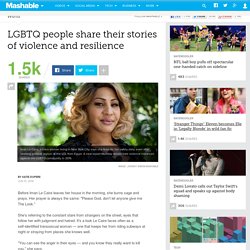 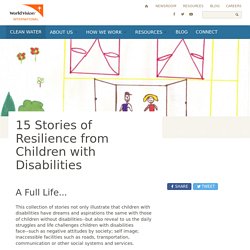 Through these stories, we hope readers are challenged and inspired to work within their spheres of influence to assure children--and indeed all people-- with disabilities are included in all aspects of society. Download a PDF version of these stories. First World Problems read by Third World People. They Had To Kill A Random Person For Gang Initiation… But They Chose The Wrong Kid. Four Resilience Stories You Might Have Missed in 2013. From typhoons in Asia to tornadoes in the American Midwest, the world grappled with disaster and resilience in a major way in 2013. 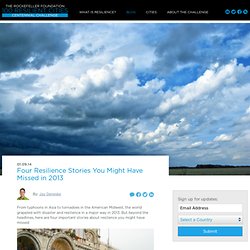 But beyond the headlines, here are four important stories about resilience you might have missed: “Moses” water barrier parts the sea in Venice Studies show that Venice is sinking more than previously thought: an average of one or two millimeters per year. Combined with a rising Adriatic Sea, the Italian city could sink up to 80 millimeters by 2032. In October, Venice successfully tested a $7.3 billion water barrier system—called “Moses” for its sea-parting ability—that once fully implemented could protect the city from future extreme flooding. Boston Marathon: 1 Year later, Stories of Resilience. Resiliency Center: Inspiring Stories Index. "Single and Surviving" by Rhona Johnson Ms. 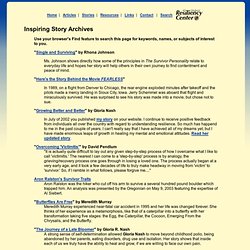 Johnson shows directly how some of the principles in The Survivor Personality relate to everyday life and hopes her story will help others in their own journey to find contentment and peace of mind. "Here's the Story Behind the Movie FEARLESS" In 1989, on a flight from Denver to Chicago, the rear engine exploded minutes after takeoff and the pilots made a mercy landing in Sioux City, Iowa. Resilience Café. The Gwaii Haanas Legacy Pole. Seeds of Resiliency Documentary Trailer (Film by Susan Polis Schutz)