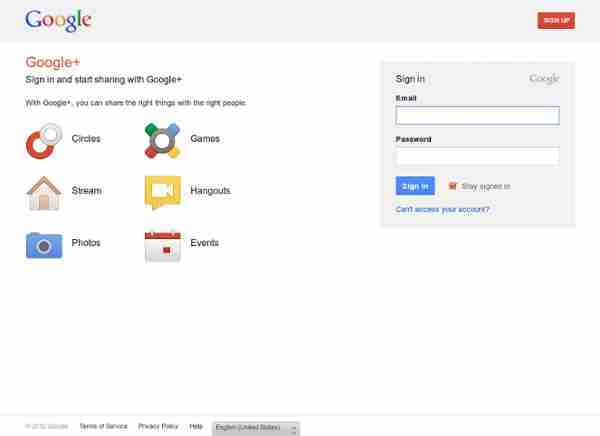 Why Zuckerberg Should "Share" the Facebook Kingdom Facebook is worth $75-$100 billion. If we broke that down by user, it would mean that each individual is worth $118.34. Or, if we're looking at it in terms of revenue from 2011 - $3.71 billion - each user is worth $4.39 in revenue per user per year. Yet Zuckerberg owns 28.4% of Facebook, and holds 56.9% of the voting power. The world over is reacting to the fact that Facebook has now put a dollar value on 845 million users' personal data. Zuckerberg had something to say about it, too. Productivité - Android Market ES, 300 millions global downloads, file manager trend leader on Android! Rated as one of best resource management tools on Android market. ES File Explorer is a free, full-featured file and application manager. It functions as all of these apps in one: file manager, application manager, task killer, download manager, cloud storage client (compatible with Dropbox, Google Drive, SkyDrive, Box.net, Sugarsync, Yandex, Amazon S3, and Ubuntu One...), FTP client, and LAN Samba client.

10 Open Education Resources You May Not Know About (But Should) This week, the OCW Consortium is holding its annual meeting, celebrating 10 years of OpenCourseWare. The movement to make university-level content freely and openly available online began a decade ago, when the faculty at MIT agreed to put the materials from all 2,000 of the university’s courses on the Web. With that gesture, MIT OpenCourseWare helped launch an important educational movement, one that MIT President Susan Hockfield described in her opening remarks at yesterday’s meeting as both the child of technology and of a far more ancient academic tradition: “the tradition of the global intellectual commons.” We have looked here before at how OCW has shaped education in the last ten years, but in many ways much of the content that has been posted online remains very much “Web 1.0.”

Google Plus Tips & Shortcuts “the motherlode of Google+ tips for all y’all suckas that don’t know…” – Donny Rhoades I figured it would be useful to put all of the Google Plus tips and shortcuts I have found thus far in one handy place. Please add any additional tips you discover in the comments. NEW! Hitler Explains Google Search Plus Your World 10 Great Geeky Gifts - Top 10 Lists I’m proud to say that I am a geek, and I am an advocate for geeks and nerds everywhere. There is nothing wrong with having above average intelligence, a borderline unhealthy relationship with the internet and a taste for mayonnaise; celebrate your inner geek and for those with a special geek in their life, show them you appreciate every poorly defined muscle in their bodies. Geek-lovers, I know what you're thinking.

Apple and social networks under fire over iPhone privacy Apple and social networks are under fire for distributing several social media apps through Apple’s iTunes store that harvest iPhone contact information without users’ permission. iPhone apps from social networking sites – including Twitter, Facebook, FourSquare, Instagram, Foodspotting, Path and Yelp – are reported to access the iPhone address book. In a letter to Apple, two US congressmen have called on Apple to explain why it has not blocked the apps, which violate Apple’s user guidelines. The Apple guidelines say: "Apps that read or write data outside its designated container area will be rejected." They also say: "Apps cannot transmit data about a user without obtaining the user's prior permission."

this isn't happiness™ ABOUT ARCHIVE FOLLOW Facebook Twitter Instagram Google+ Ads Via The Deck Evidence Have you tried worrying about it? If we don’t… The Naked City, Jeremy Mann Maslow's Hierarchy of Needs Table of Contents American psychologist Abraham Maslow broke new ground in psychology by putting emphasis on the best people instead of broken people. Instead of studying cars in a junk yard, he moved to a new car showroom. Prior to his time, psychology was limited to the spinal reflex theory of Sechenov (1863) and Pavlov (1927), the behaviorism of Watson (1913) and Skinner (1948). While contemporary psychology at the time was wallowing in the mud of human misery, Maslow studied the values of the best men and women in history. He asked what made people like Albert Einstein and Eleanor Roosevelt exemplary?

How to use Google Feedback Step 1: Activate the tool You can activate Google Feedback by clicking on the settings icon located in the top right of Google products. From there, you should see a “Report a bug” or “Send Feedback” option. Either link will activate the Google Feedback tool. When you activate the tool, you’ll see a grayed-out image of the page you were on, with a “Send feedback” window in the bottom right-hand corner of your browser window. This contains the tools you can use to mark up the page to help illustrate your feedback.

100 Perfect Gifts Whether You’ve Been Naughty or Nice: 1 to 10 100 Perfect Gifts Whether You’ve Been Naughty or Nice: 1 to 10 inShare0 Hario V60 Buono KettleThe perfect cup of joe is exactly 2 minutes, 30 seconds away: Hario's slow-pour kettle, coupled with its ridged conical drip cup ($23), prolongs infusion time for delicious solubles without overextracting your brew or straining your wrist. And while high-end coffee gear can cost as much as a new Toyota, the V60 goes for less than a few fill-ups. $59 | HarioPhoto: Massimo Gammacurta Joby Gorillatorch SwitchbackIf countless hours spent playing Zork taught us anything, it's that wandering around in the dark will get you eaten by a Grue. Joby's lantern with opposable tripod legs latches anywhere to light up your life (or at least your tent).

The Facebook Platform Kill Switch, What It Means Today Facebook officially announced the option for allowing users to completely opt-out of the Facebook Platform and prevent applications from gaining access to their information. While many developers are rightfully concerned about the feature, we’d like to take the opportunity to thoroughly address how the new “opt-out button” functions and what it will mean for developers. Prior to jumping into what the implications of the new button that lets you turn off the Facebook Platform and block all applications, we thought it would be useful to share how to block the Facebook Platform under the new configuration. this isn't happiness™ SHOP ABOUT ARCHIVE FOLLOW Instagram Twitter Facebook Google+Pinterest P L E A S E C O N S I D E R disabling AdBlock on this site, my one ad is fast, small & sophisticated. Ads Via The Deck Cat Power The New Yorker

5 Chrome Extensions That Improve Google+ Using Google+? Add Mashable to your circles. You'll get the latest about new Google+ features and tips and tricks for using the platform as well as top social media and technology news. Google+ has launched to great aplomb, but its "project" status means some tools have yet to be developed.

I never used the Hangout thing neither, that would be super cool to try. Let me know when your up for it, I will try to figure it all out if anything since you are willing to give it a try there on G+. by cloudexplorer Jun 4

Hi, explorer. I dont know Google+ but I am interested by the concept of "hangout". Have you a link for understand quickly the process, but with good and easy examples ? by reel Jun 4

Nobody like kids ??? I would like work on matematics with people under the age of 18... (but in team : kid+adult added = father, mother or profesor of school). In general kids have more ideas et more spontaneous then a lot adults (when kids like matematics, sure). :-)) by reel Jun 4

LOL, yeah thats a bummer, well Google plus appears to be open source, and has massive potential for businesses. Hopefully people don't go screwing it up to soon. I have big idea's and projects to launch there, and propose for the future on Google+, I don't like Facebook for Business purposes it's not user friendly like Google Plus is becoming. by cloudexplorer Sep 22