Iomap - A Visual Memory for Evernote 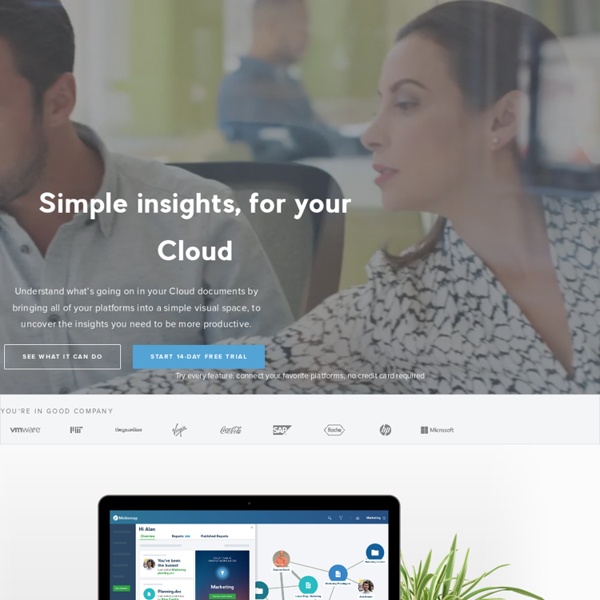 Making Mini Quilt Blocks With Just a Little Bit of Basic Math Do you have a wishlist of quilting projects you’d like to make? Does it seem like that list is constantly getting longer? In the past, quilters stitched faster and slept less in order to make as many of their wishlist quilts as possible. But recently, we’ve found a new solution: mini quilts! Making mini versions of our favorite quilt patterns allows us to make these beautiful quilts faster, and display them easily. Several pattern makers, including Thimble Blossoms and Jaybird Quilts, have started releasing mini quilt patterns.

Creating Concept Maps A concept map is a picture of our understanding of something. It is a diagram illustrating how sets of concepts are related. Concept maps are made up of webs of terms (nodes) related by verbs (links) to other terms (nodes). The purpose of a concept map is to represent (on a single visual plane) a person’s mental model of a concept. Concept maps provide a useful contrast with essays. givealink /FAQ What is GiveALink? GiveALink is a social annotation, organization, recommendation, and navigation system for the Web. It is also a research project by the Networks and Agents Network in the Center for Complex Networks and Systems Research of the Indiana University School of Informatics. The project is funded by National Science Foundation (award IIS-0811994: Social Integration of Semantic Annotation Networks for Web Applications).

Create Evernote Templates Everyone recommends Evernote so much these days that it gets hard to imagine at times what the world was like before the little catch-all app came along. While Evernote works great for generic notes in all the supported formats, there are scenarios where you need to frequently note down information that is in a specific format, and you want to be able to save all that information while keeping the structural separation of the format intact. There may be a few such services out there, but many want to avoid the hassle of using multiple note-taking apps and would want to stick with their tried-and-tested Evernote. Fortunately, we’ve come across a service that takes care of all of this. Meet KustomNote - a web app that works as a companion to Evernote and lets you create templates to quickly and easily collect your ideas, appointments, research data etc. in a format of your choice. To begin using the service, you’ll need to sign up for a new account.

How to Create an Awesome Infographic 46Email Share To create an awesome infographics, you need to follow the following given 7 step procedure: The first step is to select a topic which can be done through social networking websites. You can organize a brainstorming session on the current events resulting in high internet activity and search for unique stories. Using MicroMappers to Make Sense of UAV Imagery During Disasters Aerial imagery will soon become a Big Data problem for humanitarian response—particularly oblique imagery. This was confirmed to me by a number of imagery experts in both the US (FEMA) and Europe (JRC). Aerial imagery taken at an angle is referred to as oblique imagery; compared to vertical imagery, which is taken by cameras pointing straight down (like satellite imagery). The team from Humanitarian OpenStreetMap (HOT) is already well equipped to make sense of vertical aerial imagery.

The New Cartographers: The rise of mapping & augmented intelligence Every year the Cartography and Geographic Information Society holds a competition – the equivalent of the Academy Awards for maps — for the best map of the United States. While it’s often won by one of the major players in the mapping world, like the US Census bureau, in 2010 it was won by a one-man shop run by David Imus of Eugene Oregon. Imus’s map differed not just in the scale of operation, but in the very way he went about constructing it.

Center for Complex Networks and Systems Research UPDATE: As of 2015 the GiveAlink project has been archived and the GiveALink.org website is no longer operational. Link analysis algorithms leverage hyperlinks created by authors as semantic endorsements between pages, while social bookmarks provide a way to leverage annotations by information consumers as a source of information about pages. This project explores a novel approach that is a synergy of the two: soliciting annotations from users about the content of pages, in a way that implicitly forms networks of relationships between and among resources and tags. These socially generated relationships are then aggregated to build bottom-up, global semantic similarity networks. Algorithms are developed to construct, analyze, and mine these networks in support of search and recommendation applications, exploratory navigation interfaces, resource management utilities, tag spam detection, and incentive games to accelerate the achievement of critical mass. Project Members

Murally This year we are participating in the prestigious competition for developers and application designers; the Evernote Devcup 2013. We built Mural.ly to fully unleash the imagination of teams of visual people and we know that most of creative teams are already using Evernote to collect and organize their ideas and inspiration. Now, you are able to drag and drop Evernote notes onto a mural so you can reuse all the content you’ve clipped and put it into action. An Internet and You, Me, O.S. Welcome to the Future! "UMEOS" by Xopher Dee To put your YOUniverse in your hands & pockets, or on your desk, table, or wall. We will be delivering a limited number of pocket size USB Key Drives, and All-in-One Touch Screen Desktop/Wall Computers during our marathon. A peak under the hood of the back end of UmeosSuper Powered by SuperDom 's video poster PLAY Play For nearly a decade, I have been researching and developing a way to articulate Umeos.

Democritus Democritus (/dɪˈmɒkrɪtəs/; Greek: Δημόκριτος Dēmókritos, meaning "chosen of the people"; c. 460 – c. 370 BC) was an influential Ancient Greek pre-Socratic philosopher. He is primarily remembered today for his formulation of an atomic theory of the universe.[3] Democritus was born in Abdera, Thrace[4] around 460 BC. His exact contributions are difficult to disentangle from those of his mentor Leucippus, as they are often mentioned together in texts. Their speculation on atoms, taken from Leucippus, bears a passing and partial resemblance to the nineteenth-century understanding of atomic structure that has led some to regard Democritus as more of a scientist than other Greek philosophers; however, their ideas rested on very different bases.[5] Largely ignored in ancient Athens, Democritus was nevertheless well known to his fellow northern-born philosopher Aristotle. Life[edit]