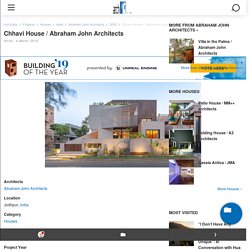 Villarobles - The Forest. Löyly / Avanto Architects. Dezeen. Architecture studio Penda has released visualisations of a house designed for a tiny plot near the German city of Kassel that show how its owners will be able to grow food on both sides of its terraced roof. 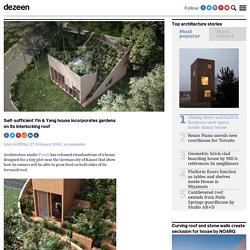 The studio founded by architects Chris Precht and Dayong Sun designed Yin & Yang house for a young family that wants to live and work in the countryside. Binh House / VTN Architects. Dezeen. New York's empty walls could be covered with honeycomb-like clusters of pods to house the city's growing homeless population, as part of this proposal by creative agency Framlab. 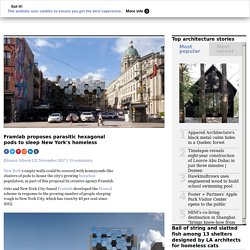 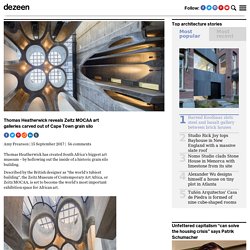 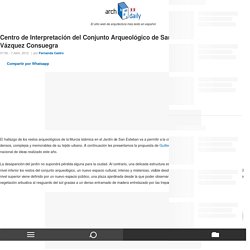 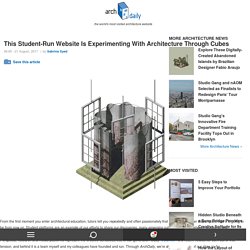 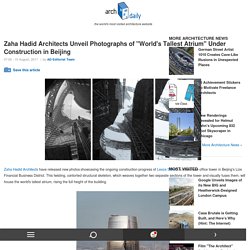 This twisting, contorted structural skeleton, which weaves together two separate sections of the tower and visually fuses them, will house the world's tallest atrium, rising the full height of the building. The 172,800sqm building straddles a new subway tunnel that diagonally divides the site. According to the architects, the tower is designed to "rise as a single volume, divided into two halves. " As the tower rises, the diagonal axis through the site—defined by the subway tunnel—is re-aligned by ‘twisting’ the atrium forty five degrees to orientate the atrium’s higher floors with the historic north-south/east-west axes on which the Chinese capital was founded. News via Zaha Hadid Architects. Heatherwick Studio and Foster+Partners' Bund Finance Centre in Shanghai Photographed by Laurian Ghinitoiu. Kengo Kuma & Associates Unveils Stacked Timber Museum in Turkey. Kengo Kuma & Associates Unveils Stacked Timber Museum in Turkey Kengo Kuma & Associates has unveiled their design for the Odunpazari Modern Art Museum, currently under construction in Eskisehir, Turkey, a city well-regarded for its university and young, lively population. 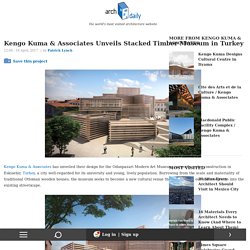 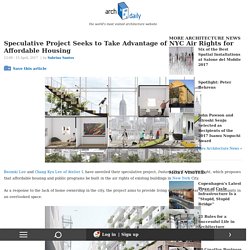 As a response to the lack of home ownership in the city, the project aims to provide living space, as well as to foster community in an overlooked space. Because air rights space in New York varies in different geographic areas, the project can be customizable to whichever space it is applied to. Ribbon Chapel. Löyly. Gijang Waveon / Heesoo Kwak and IDMM Architects. Veranda on a Roof / Studio Course. Steyn Studio's chapel frames dramatic views of South African countryside below its sinuous roof. A bright white canopy undulates above the glazed walls of this chapel outside Cape Town, framing views right through it to scenic mountains, vineyards and pomegranate orchards. 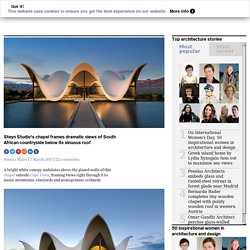 UK practice Steyn Studio worked with South African studio TV3 Architects to design the Bosjes Chapel, which is located on the Bosjes Farm in South Africa's picturesque Witzenberg district. Architects Design Giant Honeycomb Building Made of Staircases. SMA254 / SMA Studio. From Model to Masterpiece: Penda’s Stunning Botanical Pavilion in Beijing. The 5th annual A+Awards — the world’s largest awards program for architecture and products — is open for entries! Click here to find out how to submit your project, and act fast: the final deadline for submissions is this Friday, Jan. 27.