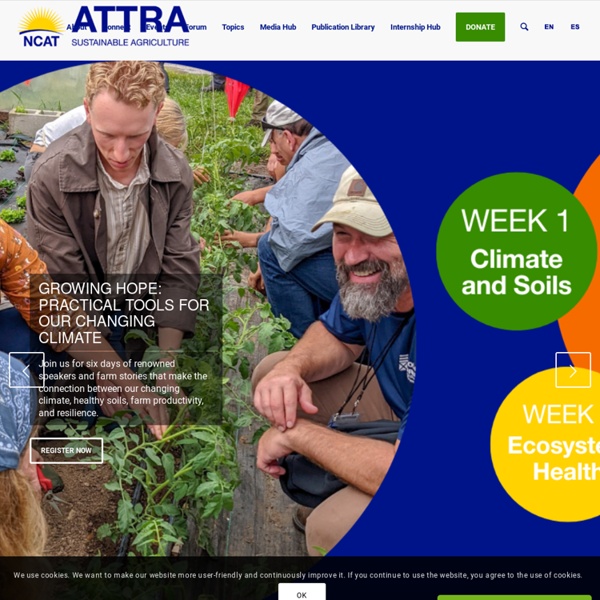 Beginning Farmer Business Planning, Marketing, and Sheep and Goat Resources Home > Beginning Farmer Business Planning, Marketing, and Sheep, Goat & Poultry Resources Are you a beginning farmer? Do you want to expand your markets? Do you want to add sheep, goats, or poultry to your operation? The resources on this page will help you develop a business plan, marketing plan and provide you with information and worksheets to help you meet your farm goals. Many of the resources have been developed as narrated presentations. Webinar: What is a Worker Self-Directed Nonprofit? - Sustainable Economies Law Center Question: What do you get when you cross a worker cooperative with a 501(c)(3) nonprofit? Answer: A worker self-directed nonprofit! The inefficiencies of conventional nonprofit organizations have been the subject of many jokes, and even an entire blog depicting such dysfunction through animated gifs.

In The Netherlands Sex Education Starts In Kindergarten: Here’s What They Tell Them & Why “People often think we are starting right away to talk about sexual intercourse [with kindergartners]. Sexuality is so much more than that. It’s also about self image, developing your own identity, gender roles, and it’s about learning to express yourself, your wishes and your boundaries.” – Ineke van der Vlugt, an expert on youth sexual development for Rutgers WPF, the Dutch sexuality research institute and the organization behind Netherlands sex education curriculum. Did you know that the Netherlands has one of the lowest teen pregnancy rates in the world? Did you know that the majority of teens in the Netherlands say their first sexual experiences were “wanted” and “fun?”

Honeybee deaths linked to seed insecticide exposure Honeybee populations have been in serious decline for years, and Purdue University scientists may have identified one of the factors that cause bee deaths around agricultural fields. Analyses of bees found dead in and around hives from several apiaries over two years in Indiana showed the presence of neonicotinoid insecticides, which are commonly used to coat corn and soybean seeds before planting. The research showed that those insecticides were present at high concentrations in waste talc that is exhausted from farm machinery during planting. The insecticides clothianidin and thiamethoxam were also consistently found at low levels in soil -- up to two years after treated seed was planted -- on nearby dandelion flowers and in corn pollen gathered by the bees, according to the findings released in the journal PLoS One this month.

This Sliding Scale Café Takes Food Access to the Next Level SAME Café co-owner Libby Birky says it isn’t uncommon for people to stand confused at the front entrance of this Denver, Colorado, lunch spot, trying to understand exactly how to order a meal. What looks like a casual restaurant is actually a community café—a new, but increasingly popular, business model using a “pay-what-you-wish” approach. Customers walk in, place their order, and sit down with their food. Most diners do pay for their meals—about 75 percent pay something—but none are handed a bill. SAME, an acronym for So All May Eat, is a donation-based restaurant—the only non-profit restaurant in Denver.

Nitrogen Fixation Fritz Haber I’m haunted by one of the stories in the latest episode of Radiolab, can’t get it out of my head. Like everyone else, I love Radiolab and often sprinkle stories I learned from the show into cocktail party conversation (do I go to nerdy cocktail parties or do I make cocktail parties nerdy?), but the Bad Show was especially gripping, in particular the story of Fritz Haber. www.perennialsolutions.org/staple-fruits-of-the-world April 25, 2013 User Admin This article is an excerpt from my forthcoming book Carbon Farming: A Global Toolkit for Stabilizing the Climate with Tree Crops and Regenerative Agriculture Practices, and is part of a series promoting my kickstarter campaign to raise funds with which to complete the book. You can pre-order a copy through April 30th and help make it possible for me to get this book out soon. Breadfruit is a remarkable staple starch that grows on trees. This species should be much more widely grown in the humid tropics. It represents a fully-developed perennial staple crop.

The Opportunity to Unite "Local Food"! - Farm-to-Consumer Legal Defense Fund FarmMatch.com has become the world’s fastest growing local foods search engine. Raw milk activist, Max Kane, and software firm owner David King launched the website in the fall of 2012 to strengthen the local food movement and build community. In this article, Kane writes about the benefits FarmMatch has to offer farmers and consumers and the potential to help growing and protecting local food systems. Can you imagine going to your legislators’ offices and speaking to them about why you want local GMO-free farm food or raw milk, and then right in the middle of your talk you deploy the power of a visual aid by pulling up a map of their voting district on a laptop computer, showing them tens of thousands of their voting constituents who want GMO-free farm food, or raw milk, etc…?

An Open Letter to Transition Towns Why It Matters Transition Towns can more easily fulfill their mission of building resilient communities by understanding specific economic principles. Image Credit I wrote the following email to a Transition Town member, who mistakenly believed I was proposing that the government own all the land, and was questioning whether the land issue ought to even be a concern to Transition Towns, whose mission is to build resilient communities. Because that initial email provided such a stimulus for me to write a lengthy response, I chose to make my email public (slightly edited) and offer it as an open letter to all Transition Towns. Hopefully this information can benefit all of us as we work together to co-create a world that truly works for everyone.

Earliest known bug-repellant plant bedding found at South African rock shelter Rare finds such as early ornaments, cave drawings and Middle Stone Age engravings are the subjects of a good deal of anthropological study and they provide clues. But in the journal Science, an international team of researchers report another find that could give additional insight. What's more, it could place the use of herbal medicines much earlier than previously known.