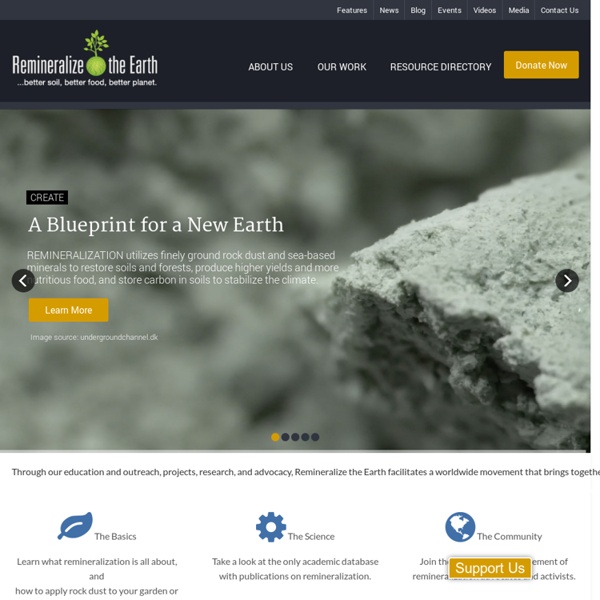 Hugh Lovel: Diagnosing Soil Potential & Pasture Health - the Silica Story from Acres USA In this session consultant Hugh Lovel will discuss silica. He’ll show, for example, that his dairy clients with the highest silica levels are profiting from the quality of grass and its benefits for nutrition, milk production, fertility (conception and gestation), longevity, cell count/bacteria count, butterfat and milk solids, and better production in daughters than their mothers. Similar results are expected across all forms of farming. Lovel finds silica availability generally is the limiting factor that prevents farmers from obtaining adequate nitrogen fixation because the most important thing for adequate N fixation is energy. Adequate nitrogen fixation fixes lots of other problems, but it takes a lot of energy to fix nitrogen, and silicon is closely related to photosynthetic efficiency. He is the author of the classic book, A Biodynamic Farm, and a new book being unveiled at this conference, Quantum Agriculture ─ Biodynamics and Beyond.

In The Netherlands Sex Education Starts In Kindergarten: Here’s What They Tell Them & Why “People often think we are starting right away to talk about sexual intercourse [with kindergartners]. Sexuality is so much more than that. It’s also about self image, developing your own identity, gender roles, and it’s about learning to express yourself, your wishes and your boundaries.” – Ineke van der Vlugt, an expert on youth sexual development for Rutgers WPF, the Dutch sexuality research institute and the organization behind Netherlands sex education curriculum. Did you know that the Netherlands has one of the lowest teen pregnancy rates in the world?

Live Foods, Bragg Apple Cider Vinegar, Bragg Liquid Aminos, Bragg Live Organic Food Products, Patricia Bragg, Paul Bragg, Bragg Organic Olive Oil, Bragg Salad Dressings, Bragg Seasonings, Bragg Health Products The Daily Affirmations are from Paul C. Bragg's book AWAKEN HEALTH & HAPPINESS which is a year long program for purifying our minds, bodies, and souls in order to tap into the Force of Nature. By tapping into this magnificent source, which nurtures and maintains balance in the entire universe, we can indeed make the most of our lives, and fulfill our Ultimate Potential as Human Beings. The Affirmation Program is categorized by Season, and sub-categorized by Month. What follows on this page are the teachings for the current Season and Month. Paul's instructions for using the affirmations: "The first step in achieving a firm relationship with the Divine Flow of Power is to go into silence.

The Oft-Forgotten Art of Growing Mulch What a Pile of Mulch (Courtesy of Joe Hoover) Mulching: We know we’ve got to do. Nothing else makes quite so much sense. It drastically lessens the water needed for growing plants, cutting the quantity easily in half and often much better than that. It feeds our plants by breaking down into fertile composted materials right where it’s needed. It protects the soil life, helps to prevent erosion and stops the compacting effects of rain.

This Sliding Scale Café Takes Food Access to the Next Level SAME Café co-owner Libby Birky says it isn’t uncommon for people to stand confused at the front entrance of this Denver, Colorado, lunch spot, trying to understand exactly how to order a meal. What looks like a casual restaurant is actually a community café—a new, but increasingly popular, business model using a “pay-what-you-wish” approach. Customers walk in, place their order, and sit down with their food. Most diners do pay for their meals—about 75 percent pay something—but none are handed a bill. Most Cited Agriculture, Ecosystems & Environment Articles A quantitative review of the effects of biochar application to soils on crop productivity using meta-analysis Volume 144, Issue 1, November 2011, Pages 175-187S. Jeffery | F.

L'Uritonnoir: the straw bale urinal that makes compost from 'liquid gold' "Are you used to going for a number one in the back of your garden?" asks French design studio Faltazi. "Do not waste this valuable golden fluid by sprinkling on inappropriate surfaces!" Their solution to the problem of peeing al fresco is l'Uritonnoir, a hybrid of a urinal ("urinoir" in French) and a funnel ("entonnoir") that plugs into a straw bale to make your very own urine upcycling factory. As the bale is filled with your "liquid gold", the nitrogen in the urine reacts with the carbon in the straw to begin the process of decomposition - forming a rich mound of composted humus within 6-12 months. L'Uritonnoir was originally dreamt up with summer festivals in mind, where straw bales are often in frequent supply, but portaloos are not.

Today's Read: Study Provides Further Evidence for Supportive Housing Model - Coalition For The Homeless We’ve known for decades that supportive housing – pairing on-site services with the stability of a permanent home – is one of the most powerful tools in ending homelessness for people with mental illness and other special needs. A study recently published in PLOS ONE underscores the effectiveness of providing homeless people with both housing and supportive services. Over the course of two years, researchers monitored 378 homeless adults with mental illness who were given either housing with intensive case management or treatment as usual.

Floating GrowOnUs water-filtering garden pops up on the Gowanus Canal Made possible through a $20,000 grant from the Cornelia & Michael Bessie Foundation, GrowOnUs is the latest manifestation in Balmori’s series of water-purifying infrastructures throughout the city. The firm is also interested in seeing how the filter-like gardens can generate income by producing edible plants. “We have pioneered floating landscapes, we now want to learn what can make these floating structures financially sustainable,” said Balmori Associates founder Diane Balmori.