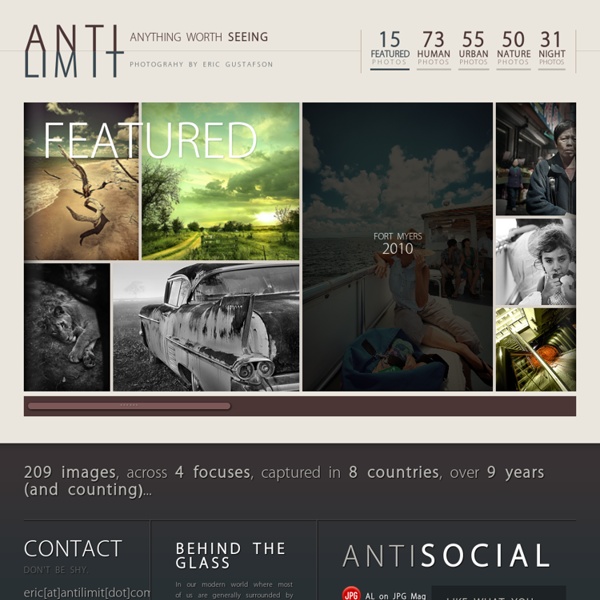 Behind The Glass In our modern world where most of us are generally surrounded by and marketed to with uninspiring things, this serves as my attempt to counter that with moments I've found to be interesting and special. I've taken and post-processed all the photos here since 2002. I currently call Austin home and have lived throughout the United States (to include Washington State, Florida, Indiana, Virginia & Texas) during my lifetime. I currently work as a front-end designer and developer during the day and enjoy travelling to new places and wandering around with my gear. Whilst snapping, nothing is ever pre-arranged.

33 Pictures Taken At The Right Moment We Bored Pandas are huge fans of perfectly timed photos that capture perfect (and usually funny or unexpected) moments that come and go with a blink of the eye. The internet is abound with images shared by people who have captured images at just the right moment or from just the right perspective, so we wanted to share some more of them with you. Anyone with a smart phone, point-and-click camera, DSLR or any other sort of camera can potentially capture such a moment – whether it’s staged or spontaneous.

A Splash of Color by Rackat ...from Critique Club... Hi Rackat...ain't I lucky..they assigned your photo to me..ha FIRST IMPRESSION: Horrible shot...what were you thinking???? Alone with My Thoughts (15 photos) As a person who's always seeking a bit of solitude, I was instantly drawn to these photos. They're by a young girl named Lauren who swears she doesn't use Photoshop. In fact, the only editing she's done is change the contrast, saturation and sharpness. Powerful Portraits of Brave People Revealing Their Insecurities The What I Be Project by photographer Steve Rosenfield is an intriguing study into the human condition. The participants in Steve’s projects bare their souls writing their biggest insecurities on their bodies with markers and then letting Steve photograph them. Their messages tell of fears, self-doubts, and labels for society that stop most of us from living happier lives, but it also shows us the amazing bravery of the participants to share their innermost fears with the world. How many of us have the bravery to admit we were molested, feel ugly, think we are too thin or too fat, and to do it in such a daring public way?

88 Brilliant Examples of Forced Perspective Photography Forced perspective is a technique that employs optical illusion to make an object appear farther away, closer, larger or smaller than it actually is. It is used primarily in photography, filmmaking and architecture. It manipulates human visual perception through the use of scaled objects and the correlation between them and the vantage point of the spectator or camera. There are many ways to attack photography and some are much more expensive than others. Here in this showcase, we presenting a Stunning collection of Forced Perspective Photography and Pictures taken by various artists in which all pictures are linked to the author’s pages.

60 Ways To Make Life Simple Again When we were young life was easier, right? I know sometimes it seems that way. But the truth is life still is easy. It always will be. The only difference is we’re older, and the older we get, the more we complicate things for ourselves. You see, when we were young we saw the world through simple, hopeful eyes.

Amazingly Creative Drawing Vs Photography This wonderful work has done by a very talented Belgian painter, illustrator, portraitist, caricaturist and photographer Ben Heine. This creative artist was born in Abidjan, Ivory Coast. He Studied graphic arts and sculpture and I also have a degree in journalism. Lets take a look at some of his awesome works that he calls “Drawing Vs Photography” or “Imagination Vs Reality”. Early 1900s in Colour - All around the world All around the world - Franny Wentzel - Thursday, May 6th, 2010 : goo [previous] :: [next] In the early part of the 20th century French-Jewish capitalist Albert Kahn set about to collect a photographic record of the world, the images were held in an 'Archive of the Planet'. Before the 1929 stock market crash he was able to amass a collection of 180,000 metres of b/w film and more than 72,000 autochrome plates, the first industrial process for true colour photography