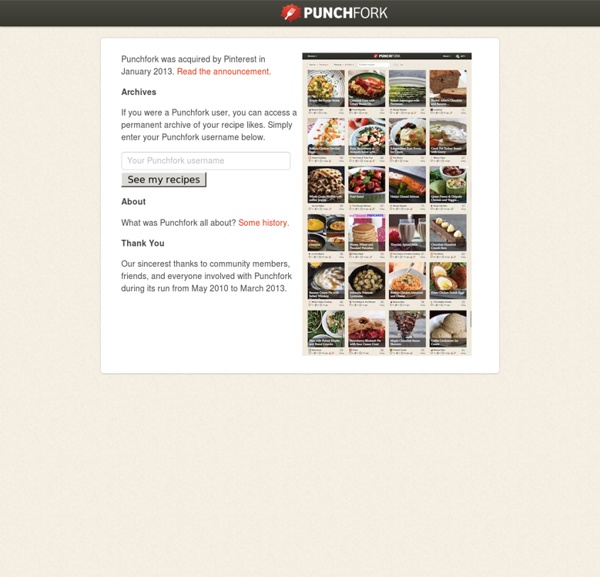 Noble Pig Cheesy, delicious and impressive Pasta Pie will have your family and friends amazed by your effots. Believe it or not, it's simple to put together. Give it a try. See this recipe made on video here.With the enthusiasm my children showed for this recipe, you would have thought I reinvented the wheel. I guess rigatoni standing at attention has a way of impressing children? You bet it does. Watermelon Lime Sorbet Slices A sweet and tangy watermelon lime sorbet is a great way to cool off in the summer. As a bonus, this recipe is frozen back in the watermelon rind and cut off into slices. It’s hot.

Ontario Farmer Global biofuel production fell in 2012 April 17, 2014 - In 2012, the combined global production of ethanol and biodiesel fell for the first time since 2000, down 0.4 per cent from the figure in 2011, according to a new document from the Worldwatch Institute.Global ethanol production declined slightly to 83.1 billion liters, while biodiesel output rose fractionally, from 22.4 billion liters in 2011 to 22.5 billion liters in 2012. Biodiesel now accounts for over 20 percent of global biofuel production, the institute’s Tom Prugh writes.The top five ethanol producers in 2012 were the U.S., Brazil, China, Canada, and France.

LaSaGnA TiMpAnO I went to see tUnE-yArDs on Monday night with some friends, and as always we wanted to cook a meal that somehow related to the show we were heading to. Sometimes this is hard to do, but other times it seems to come naturally. Finding culinary inspiration in Merrill's lyrics seemed like it would be tough, but my sister knew what she wanted to make without hesitation. "How about something layered, because of all the vocal and instrument layering in the music?" From there we worked together to come up with this deep, colorful, and multi-flavored lasagna version of a timpano.

25 Web Designs with Modular Content Block Layouts The grid based content block layout has become popular for many types of website, especially portfolios and inspiration ‘pinning’ sites. These sites have a series of tiling blocks that fill the page, often in a kind of modular format where they rearrange themselves depending on the viewport size. This post rounds up a collection of 25 cool website designs that all feature a modular style content block layout. Mercer Tavern DesignersMX

Can You Stay For Dinner? First it was falafel, then burgers, and now, chicken gyros. This place reeks of a street food fair. Someone get me a curbside cart. And a megaphone. Better Than Sex? have heard of the cake affectionately known as Better than Sex , but I had never made it. So on the last day of school this year, I made one for a co-worker’s birthday. This was so easy to put together and it’s the perfect cake for potlucks. Nut Tree Agroforestry Where you find the money To make money off a nut plantation, you need to do three things: make money off the land that isn't being used by the trees when they are young, make money off the nuts, then pocket a bit at the end when the timber harvest is done. A 'bit at the end'? Well, yes. If a seedling costs you $2 to plant, 10¢ a year to weed, prune, protect against voles, etc., optimum harvest value is at 70 years, and commercial interest rate is 9%, then you need to get $1300 stumpage per tree just to break even. And, that $1300 leaves no allowance for risk of loss by ice storms or disease, for the risk that land values will increase by less than 9% per year, for taxes of any kind ...

Parmesan Roasted Potatoes Ok fine. I’m officially ready to make the transition to fall. And I thought, what better way to do it than with my all time favorite Parmesan Roasted Potatoes! These are like candy. 100% addictive. 6 Pinterest for Men Sites Pinterest has long been criticized for being a women’s social network, totally dominated by pictures of weddings, food, crafts, jewelry and women’s fashion. And as a result, several smaller “Pinterest for men” sites started popping up so that guys could start “pinning” all their manly interests to a social network they could call their own. Pinterest is arguably still the biggest and most popular pinboard site , but who knows – maybe something like Manteresting.com or Gentlemint.com have the power to eventually grow just as big. With that said, here are a few “manly” themed Pinterest-style sites that can help you embrace the masculine side of social pinning. 1. Gentlemint

Fifteen Spatulas Did you know that eggplant is a berry?!? I love learning little food facts like that. Eggplant can be a little bit tricky sometimes. Oreo and Peanut Butter Brownie Cakes Well these naughty little treats are well….naughty but oh so necessary. There are a bit like my Brownie Covered Oreo’s from last Christmas but enhanced with layers of peanut butter and a double decker stack of Oreos in each little brownie cake. They are simply prepared in cupcake liners. Hope you enjoy this ultra sweet little cake Spicy Thai Coconut Quinoa Recipe Difficulty:Easy | Total Time: | Makes:4 to 6 servings There are a few components and a bunch of ingredients in this dish, but don’t let that fool you—it’s still simple enough for a weeknight dinner and you won’t use every pot and pan in the house. The key is to prepare the ingredients as you cook: The spicy peanut dressing comes together in 1 minute, and while the quinoa simmers, cut the tofu and vegetables, which only take a few minutes to cook.