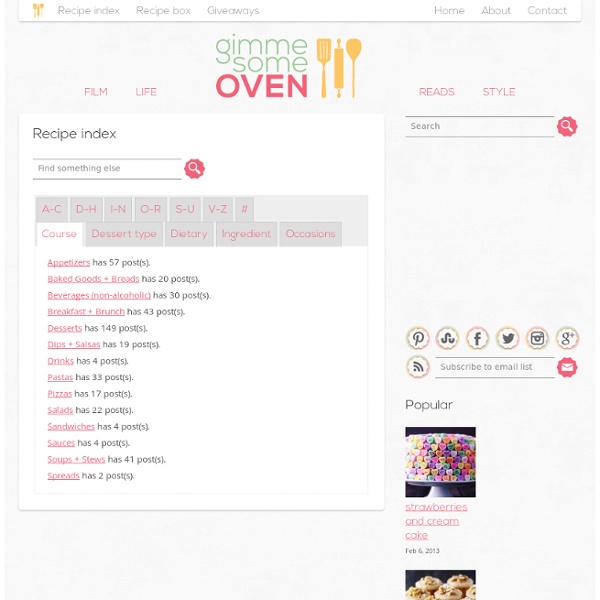 You know those days when you wake up and your heart just feels full? Yep, right here. Full. And inspired. And humbled. And thankful. Wishing you all a great and meaningful weekend. Read more So, I did a juice cleanse earlier this week. That’s how it’s supposed to work, right? Well, since these cookies have peanut butter and banana in them, maybe that can at least partially count as health food. ;) Read more I probably should have poured a nice stiff drink recipe for you all on this loveliest of lovely tax days. Instead though, I thought I’d offer my idea of a more comforting alternative. Read more This past Friday night was meant for celebrating. The weather was sit-out-on-the-deck-in-the-cool-evening-breeze perfection. Read more TGIF, friends. Hope that you all have had a lovely week, and that a relaxing weekend lies ahead. Read more Ever since my friends and I met for a tapas happy hour at our neighborhood Spanish restaurant a few weeks ago, I’ve had sangria on my mind. Read more Read more

Homemade Chicken Nuggets These homemade chicken nuggets had the right texture, flavor and consistency of a standard McDonald’s Chicken McNugget. However, it still tasted leaner (healthier) probably because I trimmed all the fat off the chicken pieces. Scroll to the end of this post for the printable recipe. I used a mixture of chicken breast meat and thigh meat, hoping the thigh meat would add some extra richness, flavor and moistness after frying. I remember back in the old days, McDonald’s used to only use dark meat, that’s when I liked them the most. You can use all dark meat if you wish, if you do, let me know how they turn out.

22 Ways To Get Your Vegan Snack Attack On It must be snacking season because I’ve had a lot of emails lately asking for some healthy vegan snack ideas and I thought it was a great idea for a post. Many of the recipes below are also some of the most popular snack recipes of 2011, so I will also add this post to my Top Recipes of 2011 page for easy reference. Ready to get your vegan snack attack on? 1. Episode 1 - Pan-Roasted Shrimp with Wisconsin Aged Parmesan Servings: 4-6 Ingredients: 2 shallots, minced (about 2 tablespoons)1 clove garlic, mincedKosher salt and ground black pepperJuice of 2 lemons1/2 cup (4 ounces) extra virgin olive oil plus 1 tablespoon for shrimp1/2 cup grape tomatoes, halved1 cup freshly cooked or canned white beans, such as cannellini1 cup (about 4 ounces) Wisconsin Parmesan Cheese, cut in small dice1/4 cup fresh dill, chopped1 pound large shrimp, peeled and deveined Cooking Directions: Place shallots and garlic in mixing bowl.

22 The Very Hungry Caterpillar inspired food creations If you have or had young kids at home, you probably are familiar with the famous kid's book The Very Hungry Caterpillar by Eric Carle. This after school snack for my son was made from Babybel cheese, green apple, a little piece of cheese slice and fruit leather. Pretty fun and healthy, isn't it? Also, check out these The Very Hungry Caterpillar inspired food creations I found: Better Than Takeout Orange Chicken Yesterday as I stood in the kitchen trying to figure out what to make for dinner I wondered to myself, how do those people do it on those shows where they are given random ingredients and are suppose come up with something genius. I think I stood there for a solid 20 minutes looking in the cupboards and staring into the freezer hoping that I would be struck by some ingenious idea. Then I saw the oranges, and it hit me “O-raang Shh-ikun”….that is orange chicken if you can’t understand the accent. I love orange chicken, and I almost always order # 14 Orange Chicken when we order Chinese take out and I wondered to myself if I could make it better at home. This recipe most definitely delivered! Ha ha Chinese food…delivered….get it?

Frugal Portland Living Well, I made my improved bread recipe again today and the crust came out great again, softer, instead of rock hard. You can take a slice and fold it to make a half sandwich. So, here's the recipe. Homemade Tater Tots I’ve had a nagging idea in the back of my mind for awhile now about making homemade tots. I’ve only written about the frozen variety once before when I wrote about one of Betsy’s favorite meals: Dogs and Tots. I think that this meal may be part of the reason she decided it would be cool to spend her life with me… What’s not to like about tots?

How To Make Brown Sugar Buttercream Frosting This was my first time making any kind of buttercream frosting, and it was ridiculously easy. And it was Oh My God good. We’re thinking of making another batch and just eating it as a dip with fresh fruit. Super simple and super yummy. Ingredients Oven-Fried Onion Rings with Dipping Sauce : Brown Eyed Baker Note: I have since updated this recipe with a version that eliminates some of the problems that readers have had with this one. Please go to the Oven-Fried Onion Rings, Take II post to check it out! I adore onion rings.

Fearless Kitchen: Archives Fearless Kitchen Helping people feel confident in their kitchens. More FoodBuzz Categories Lijit 1 Sponsor Low and Slow Oven-Roasted Pulled Pork We’re eating classic bbq pulled pork sandwiches dressed with coleslaw, hot sauce and barbecue sauce and served on a freshly made kaiser roll. Happy New Year! As 2009 rolled to a close we decided that rather than staying up late and ringing in the new year we would wake up early and head over to our friends Nicole and Justin’s house for a day long celebration of watching two back-to-back bowl games followed by some serious rocking out (to Rock Band of course). Chocolate Cupcakes with Flaming Strawberries Call me easily amused, but these little torch-topped cupcakes delight me. Besides being a cute novelty item for a party, I think they would add a little drama to the end of a romantic meal. I've been looking for something different to serve for Valentine's dessert, and this is definitely different.