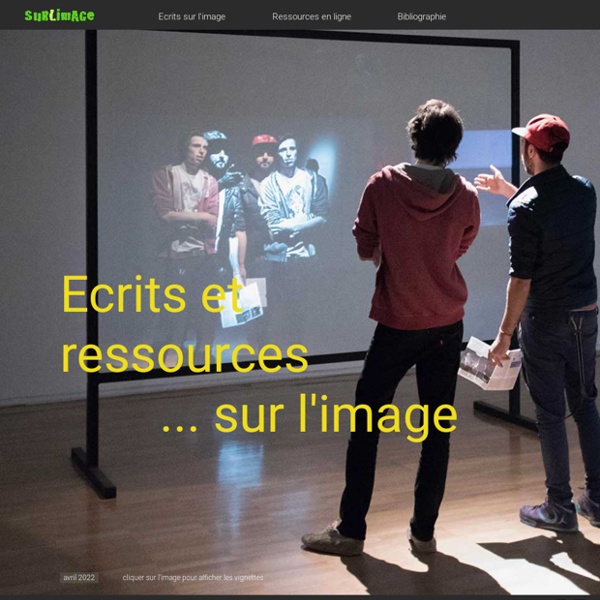 Digital Photography An introduction to the scientific, artistic, and computing aspects of digital photography. Topics include lenses and optics, light and sensors, optical effects in nature, perspective and depth of field, sampling and noise, the camera as a computing platform, image processing and editing, and computational photography. We will also survey the history of photography, look at the work of famous photographers, and talk about composing strong photographs. This course is based on CS 178 (Digital Photography), which I taught at Stanford from 2009 through 2014. I revised and taught the course again at Google in Spring of 2016, and these web pages are from the Google version.

The Five Obstructions - Lars von Trier - Review Lars von Trier, the Danish director of "Breaking the Waves," "Dancer in the Dark," and "Dogville" returns with a strange and brilliant meta-film. In 2000, he challenged his mentor, the veteran filmmaker Jorgen Leth, to a one-of-a-kind director's game: von Trier would give Leth rules, or obstructions, by which Leth would have to remake his own 1967 short film "The Perfect Human"--five times. The first film, according to von Trier's rules, has to be composed of shots no longer than 12 frames and must be filmed in Cuba, without a set. Fast forward to Havana: Leth has found a solution to the difficulties and is making his film with confidence. With satanic glee, von Trier comes up with an even more constraining set of obstructions, clearly taking pleasure in torturing his former teacher.

60 Totally Free Design Resources for Non-Designers Creating engaging visual content doesn’t have to require a financial investment. Sure, at one time graphic designers needed expensive software and even more costly images to craft a winning visual campaign. But thanks to a host of free online resources, anyone can design high-quality visual stories with ease.

Artist Francis Bacon is best known for his post-World War II paintings, in which he represented the human face and figure in an expressive, often grotesque style. Synopsis Francis Bacon was born to English parents living in Dublin, Ireland, on October 28, 1909. After traveling to Germany and France as a young man, he settled in London and began a career as a self-taught artist. Most of his paintings from the 1940s to '60s depict the human figure in scenes that suggest alienation, violence and suffering. ExifTool by Phil Harvey Read, Write and Edit Meta Information! Also available --> Utility to fix Nikon NEF images corrupted by Nikon software ExifTool is a platform-independent Perl library plus a command-line application for reading, writing and editing meta information in a wide variety of files.

Why 3D doesn't work and never will. Case closed. I received a letter that ends, as far as I am concerned, the discussion about 3D. It doesn't work with our brains and it never will. The notion that we are asked to pay a premium to witness an inferior and inherently brain-confusing image is outrageous. Landscape photo, which is called "Riot of northern dawn" was made by the author: Marina Kochetova On our site you can pick up similar landscapes using tags: forest, dawn, sea, clouds, silhouette We offer a selection of only the most successful pictures. Photo has a resolution:900×595

How to Remove People From Your Travel Photos Using Photoshop Articles on this site contain affiliate links, meaning we may be compensated if you purchase a product or service after clicking them. Read our full disclosure policy here. How many times have you visited a beautiful place only to find it completely packed with tourists resulting in, for example, a sunrise at Angkor Wat with more people than wat? While I don’t necessarily recommend trying to edit people out of all of your travel shots, it’s still fun to play around and view a place as it would look with nobody else there. Fortunately, Photoshop makes it surprisingly easy to get these postcard-style shots. All it takes is an extra couple of minutes setting up your camera.

Erich von Stroheim: Greed There is nobody now alive who has seen anything like the complete version of Erich von Stroheim's Greed. Yet many good judges still regard the bleeding remains of the film as one of the greatest ever made. They are almost certainly right. But then Stroheim, better known to film-goers for his acting as Gloria Swanson's butler in Billy Wilder's Sunset Boulevard, was one of the most extraordinary film-makers of all time. Greed was to have been the culmination of his career - an adaptation of Frank Norris's tragic tale of McTeague who, after losing his livelihood because of a rival's machinations, becomes a drunk and murders his wife. He kills his nemesis Marcus but is bound to the corpse by handcuffs.