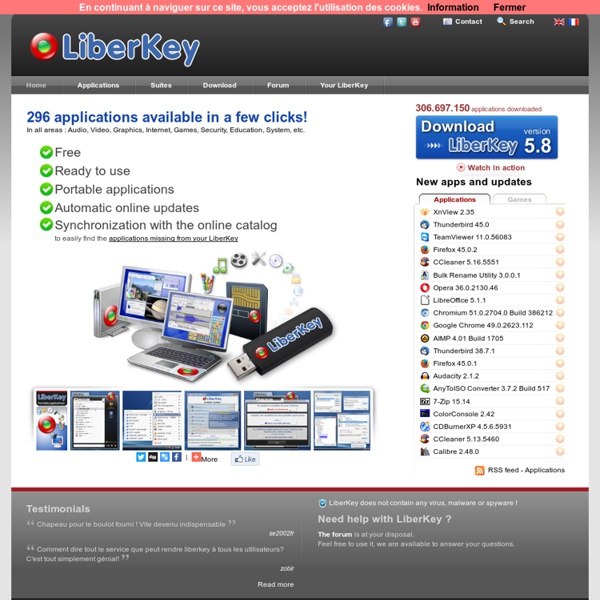 Best Free Microsoft Downloads When people set out to look for freeware, they are often looking for free alternatives to Microsoft products – free office suites, free alternatives to built-in programs like Paint, Notepad, Internet Explorer, Windows Explorer... even free alternatives to Windows itself. However, Microsoft does provide a collection of free software that is definitely worth checking out. This article is designed to provide an overview of the best free Microsoft programs, some of which are featured in other articles on this website. Free compession software with the largest user group in China! Efficient! Utility! Fast! * Support virtual CD-ROM mounting * Support directly extract the image which mounted * Powerful dual-core Trojan horse checking engine * MD5 comparison function * Improved the interactive function of "file information" * Improved the interaction when open a file from a large size archive Forever Free! Needn't suffer the limitations of traditional compression software's copyright and functional ?

Article: The Top 100 Indie Games Here's a list of 100 indie games that I've enjoyed. This list includes freeware games, shareware games, japanese indie import games, mods, and works in progress (WIP). It does not include browser games. I've tried to spread different genres more evenly around in the list so take the order as more of a general idea of how they rank than an absolute win/lose situation. This is not an exhaustive list and I encourage anyone with games that I forgot to post them in the forum.

Best Free Portable Applications Best Free Portable Backup Program & Folder Sync Utility: Toucan -- Download | Support | Forum | Editor Review Description: Toucan has a simple interface for syncing and backing up. It allows you to easily keep the same files and folders on multiple locations. If you want to sync to a flash drive, just use its "mirror (update)" function to periodically add new programs and remove unwanted programs from the flash drive. Or use its backup tab to archive your folders and files to a backup location. Best Portable Apps A portable app is a “lite” version of a software, which can be run without being installed on the host computer, and which doesn’t modify the computer’s configuration information. In other words, you can run it, use it, and no-one will ever know you were there. 5 Websites For Every Portable Application On The Web 5 Websites For Every Portable Application On The Web You already know that some applications offer portable or "soft" installations, but don't you wish there was some place on the Internet where you could find any portable application? Read More Apart from being more flexible and secure when working on public computers, another good use for portable apps is to keep your number of installed apps to an absolute minimum. Installed programs take up space and can cause a computer to run slower, so the less you have installed the better.

Emulation Products from Marat Fayzullin EMULATORSlibraries, tools, and documentation by Marat Fayzullin Nintendo Entertainment System, Famicom, GameBoy, Super GameBoy, GameBoy Color, GameBoy Advance, Pocket Printer, GameLink, and DiskSystem are trademarks of Nintendo. SEGA SG-1000, SC-3000, SF-7000, Mark II/III, Master System, and GameGear are trademarks of SEGA. While programs presented at this site attempt to create "compatible" environment for the gaming software, they are not equivalent to the original hardware. Emulators are programs that make old software "think" that it is running on the original hardware, while it really runs on your smartphone or in a window on your desktop.

! Google Ultimate Interface About Google In 1996-1997, Larry Page and Sergey Brin came up with an algorithm to rank web pages, called PageRank. Realizing the potential to improve search engines, they tried and failed to sell the technology to any. So they founded Google, which in an incredibly short period of time has become one of the world’s most powerful companies. While primarily known as a search engine, Google now makes a wide variety of web-based and other software and is known for investing in wide-ranging projects outside their core such as through their philanthropic arm, Google.org. Their products are available in almost every country and in a very large number of languages. AccdbMerge - diff & merge Microsoft Access files (mdb & accdb) What is AccdbMerge? AccdbMerge is an easy to use diff & merge tool for Microsoft Access *.mdb and *.accdb files. This tool allows to compare and import/export database objects and data between two files. There are two versions of AccdbMerge - basic free version described on this page, and paid Pro version that provides extended functionality and overcomes limitations of the free version. Free version allows to compare unprotected files, compare and merge most of the application objects such as forms, queries or modules.

Your new PC needs these 22 free programs In today’s multidevice world, cloud syncing and storage services are practically a must-have, as they allow you to pick up where you left off no matter which PC, phone, or tablet you’re working on. Microsoft’s SkyDrive is thoroughly intertwined with Windows 8.1, but if you’re using Windows 8, 7, Vista, or XP, be sure to grab the desktop app for your cloud service of choice to ensure that your files travel with you. OneDrive, Google Drive, and Dropbox drastically increased their available storage in 2014, while simultaneously sending prices plummeting. Heck, OneDrive and Google Drive rolled out unlimited cloud storage to Office 365 and Google Apps subscribers, respectively.

14 Special Google Searches With Instant Answers Google can do more than display lists of websites – Google will give you quick answers to many special searches. While Google isn’t quite as advanced as Wolfram Alpha, it has quite a few tricks up its sleeve. We’ve also covered searching Google like a pro by learning the Google search operators – if you want to master Google, be sure to learn those. CustomExplorerToolbar - Add Copy/Cut/Paste buttons to the Explorer toolbar of Windows 7 Description CustomExplorerToolbar is small utility for Windows 7 only, which allows you to easily customize the toolbar of Windows Explorer, and add buttons that were existed in previous versions of Windows, like Copy, Cut, Paste, Select All, and more. This utility also allows you to remove the toolbar buttons that you previously added. Versions History Version 1.05: The last settings is now saved into configuration file (CustomExplorerToolbar.cfg) and loaded in the next time that you use CustomExplorerToolbar. Version 1.00 - First release.

We've Open-Sourced Everything - CodeCombat Blog CodeCombat is a programming game for learning to code; a multiplayer coding challenge arena for sharpening your skills; a Y-Combinator-funded startup; and as of this weekend, the largest open source CoffeeScript project and a fantastic way to get into open source and game development. Whether you’re a novice programmer wanting to figure out this GitHub thing or an open source guru looking for something to sink your teeth into, check out our GitHub and join over two hundred CodeCombat Archmages in building the best programming game ever. Yes, we just open-sourced the last year of our lives–all the code, art, and music for CodeCombat–under the MIT and Creative Commons licenses.

Search Google Anonymously While Logged Into Google In Firefox One of the things that keeps some users from using Google Search is the certainty that everything that is done on the site is being logged and analyzed by Google. While it is possible to overcome this, for instance by launching searches only in the browser's private browsing mode, or using search engines such as Startpage that use Google search results but do not track you, you may prefer an automated solution that just works in the background without you doing anything. You could try and use Google while you are not signed in to your Google Account, but that too means some form of tracking as there are other means besides tracking a user by account.