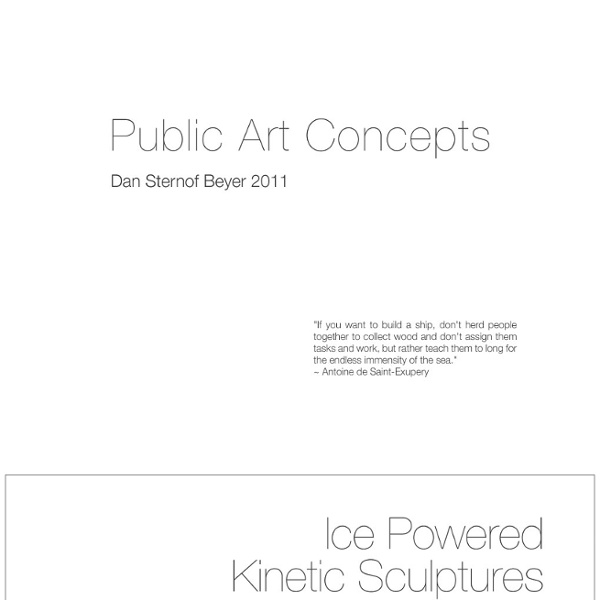 Virtual Gallery Home - Top Artists, Alphabetical Index More than 5,000 artists and 100,000 paintings make us the largest online Web Museum in the world!Featuring the largest collections by artists like Monet, Van Gogh, Rembrandt and more! AMore... BMore... CMore... DMore... Videos Straight-away I was reminded of Jake Fried, but only in materials/process. It’s clear that Emanuele is also intuitively fleshing out the movement frame-by-frame as he goes but his work is unique in that there’s no figurative elements to recognize; only abstract geometry and form that, when quilted together, comes across as both familiar and foreign. I’m reminded of the notebooks I used to fill with random scribbles while bored out of my mind in high school: I’d start with a stray line or a random shape and then try to make sense of it with the remaining paper, as if the choatic mess left by my pen was what I had intended to create from the beginning.

The 30 Most Expensive Paintings of All Time This is the collection of the highest known prices ever paid for painting. The earliest sale on the list (Vase with Fifteen Sunflowers by Vincent van Gogh) is from 1987, and more than trebled the previous record price, set only two years before, introducing a new era in top picture prices. The sale was also significant in that for the first time a “modern” painting (in this case from 1888) became the record holder, as opposed to the old master painting which had always previously held it. Since at that time sales of the most valuable painting have usually been made at the auctions, though that had by no means been the case before, and the list below still shows some “private sales”, including the three most expensive. The current record price was paid for a work from 1948 by Jackson Pollock, and there are only three old master painting in the collection below. This list is ordered by consumer price index inflation-adjusted value in millions of 2009 United States dollars.

Chalk art by David Zinn David Zinn creates poetic chalk art in the streets of Ann Arbor. He makes his cute little characters interact with objects in the street, and the result is quite charming. Google's AI Can Dream, and Here's What it Looks Like Software engineers at Google have been analyzing the 'dreams' of their computers. And it turns out that androids do dream of electric sheep... and also pig-snails, camel-birds and dog-fish. This conclusion has been made after testing the ability of Google's servers to recognize and create images of commonplace objects – for example, bananas and measuring cups. The result of this experiment is some tessellating Escher-esque artwork with Dali-like quirks. Google's artificial neural network creates its own images from keywords.

35 Inspiring Color Palettes from Master Painters Putting together a great color palette for your design work can be one of the most challenging aspects of any project. And many times, color palettes are built from some source of inspiration. So why not be inspired by some of history’s greatest master artists? Great Resume Designs that Catch Attention Inspiration June 21, 2011 When applying for a job, you have no choice but to do your best to outshine competition. Even before winning an interview, your qualifications (or in some instance, your character) are already judged by the resume you’ve submitted.

Animating a Million Letters Using Three.js Introduction My goal in this article is to draw a million animated letters on the screen at a smooth frame rate. This task should be quite possible with modern GPUs. Carved Book Landscapes by Guy Laramee (click images for detail) For the better part of three decades multidisciplinary artist Guy Laramee has worked as a stage writer, director, composer, a fabricator of musical instruments, a singer, sculptor, painter and writer. Among his sculptural works are two incredible series of carved book landscapes and structures entitled Biblios and The Great Wall, where the dense pages of old books are excavated to reveal serene mountains, plateaus, and ancient structures. Of these works he says: So I carve landscapes out of books and I paint Romantic landscapes. Mountains of disused knowledge return to what they really are: mountains.

Aesthetics "Aesthetician" redirects here. For a cosmetologist who specializes in the study of skin care, see Esthetician. More specific aesthetic theory, often with practical implications, relating to a particular branch of the arts is divided into areas of aesthetics such as art theory, literary theory, film theory and music theory. An example from art theory is aesthetic theory as a set of principles underlying the work of a particular artist or artistic movement: such as the Cubist aesthetic.[6] Etymology[edit] The word aesthetic is derived from the Greek αἰσθητικός (aisthetikos, meaning "esthetic, sensitive, sentient"), which in turn was derived from αἰσθάνομαι (aisthanomai, meaning "I perceive, feel, sense").[7] The term "aesthetics" was appropriated and coined with new meaning in the German form Æsthetik (modern spelling Ästhetik) by Alexander Baumgarten in 1735.

We declare the world as our canvas106 of the most beloved Street Art Photos - Year 2010 More info. More info. More Banksy on Street Art Utopia. Sequel of Stunning and Eyecatching digital arts. A sequel to our previous post ‘Stunning and Eye catching Digital arts’ here is a whole new collection of ‘3D outstanding digital arts’ in this post. These arts bring out the fantasy in the real world of art. Don’t forget to check out the resources and portfolios of the famous digital artists. Guide to Digital Art What is Digital Art? An introduction to Digital art which is not only about the tools but also about the vision, message or emotion of the artist.

Dirt Poster Dirt Poster is a Design and Graphic-Design work made by Roland Reiner Tiangco, a new graduate of a Design School, living in New York. While handling the poster, your hands starts to get dirty, and this dirt allows you to see what’s the poster is all about. Check out also the artist’s Website. Dirt Poster