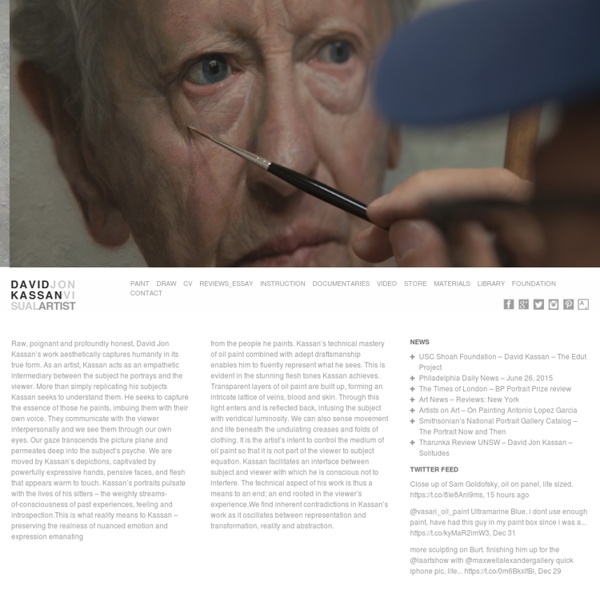 Jeremy Geddes Casey Baugh Fine Art Lucian Freud Lucian Michael Freud, OM, CH (/ˈlʊ.siː.ən ˈfrɔɪd/; 8 December 1922 – 20 July 2011)[1] was a German-born British painter. Known chiefly for his thickly impastoed portrait and figure paintings, he was widely considered the pre-eminent British artist of his time.[2] His works are noted for their psychological penetration, and for their often discomforting examination of the relationship between artist and model.[3] Early life and family[edit] Born in Berlin, Freud was the son of a German Jewish mother, Lucie (née Brasch), and an Austrian Jewish father, Ernst L. He moved with his family to St John's Wood, London, in 1933 to escape the rise of Nazism. Early career[edit] Freud briefly studied at the Central School of Art in London, and from 1939 with greater success at Cedric Morris' East Anglian School of Painting and Drawing in Dedham, relocated in 1940 to Benton End, a house near Hadleigh, Suffolk. Mature style[edit] Later career[edit] Personal life[edit] Selected solo exhibitions[edit]

golucho CHRISTIAN H. / Christian HACHE-peintre et dessinateur-artiste de la lumière Gustav Klimt Life and work[edit] Early life and education[edit] Gustav Klimt was born in Baumgarten, near Vienna in Austria-Hungary, the second of seven children—three boys and four girls. His mother, Anna Klimt (née Finster), had an unrealized ambition to be a musical performer. His father, Ernst Klimt the Elder, formerly from Bohemia, was a gold engraver. All three of their sons displayed artistic talent early on. Klimt lived in poverty while attending the Vienna School of Arts and Crafts (Kunstgewerbeschule), where he studied architectural painting until 1883. In 1888 Klimt received the Golden Order of Merit from Emperor Franz Josef I of Austria for his contributions to murals painted in the Burgtheater in Vienna. During this period Klimt fathered at least fourteen children.[5] Vienna secession years[edit] In 1894, Klimt was commissioned to create three paintings to decorate the ceiling of the Great Hall of the University of Vienna. Golden phase and critical success[edit] Klimt's Folios[edit]

Jerome Lagarrigue Yuta Onoda Jenny Saville JENNY SAVILLE The Mothers, 2011 Oil on canvas 106 5/16 x 86 5/8 inches (270 x 220 cm) Jenny Saville was born in Cambridge, England in 1970. In 1990, midway through her BA course at the Glasgow School of Art, Jenny Saville exhibited in Contemporary '90 at the Royal College of Art. By 1994 many people were familiar with Saville's massive paintings, such as Plan, in which a naked woman is seen from below, her body filling the canvas through a combination of physical bulk and extreme foreshortening. She currently lives and works in Oxford, England.