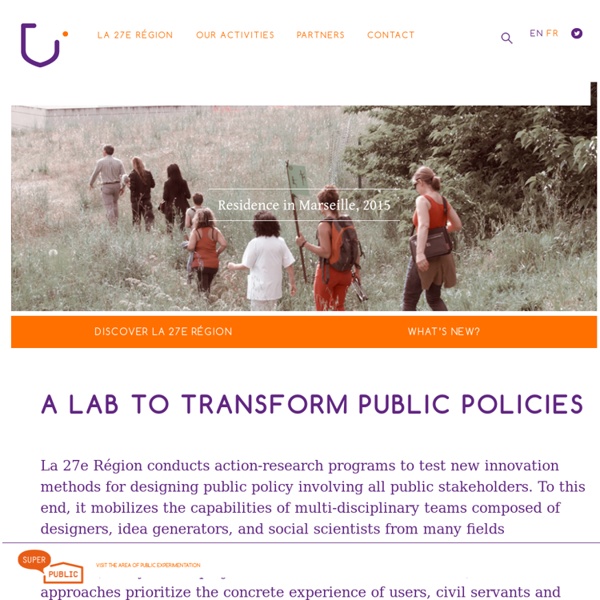 Fact sheets The OHCHR Publications Catalogue 2016 features over 150 current and noteworthy titles available in multiple official United Nations languages. Take our reader survey and tell us what you think about OHCHR publications National Mechanisms for Reporting and Follow-up: A Practical Guide to Effective State Engagement with International Human Rights MechanismsEnglish (PDF) Other recent publications Laws that discriminate against women(PDF - 617KB) These studies are made available for information only.

Urban Bricolage anniekoh: The temporary public art work Loaded Text has made me more obsessed with ways of making planning public. The artists Kate Ericson and Mel Ziegler “hand wrote the entire 65-page text of the Downtown Durham Revitalization Plan on a 150-foot stretch of damaged sidewalk” (source) Selected Wallpapers Creative wallpapers can serve as a nice source of inspiration. Particularly if you are having another creativity block, but don’t really have enough time to take a walk or browse through Flickr pools1. However, it isn’t easy to find some really nice wallpapers – the choice is too big, and there are simply too many sources.

EU news, business and politics (BRUSSELS) - Children in the European Union are increasingly falling victim to the economic crisis, the EU's rights agency warned Tuesday, citing the case of Greece where school-children were suffering from hunger. Against a backdrop of rising unemployment and increased deprivation, "child poverty in the EU is an issue of growing concern," said the EU Agency for Fundamental Rights in its 2012 annual report. Some 27 percent of children are at risk of poverty or social exclusion, a higher percentage than the rest of the population, as austerity budget cuts hit education, healthcare and the social services key to the welfare of the young, the report said. The economic crisis has affected children in a number of EU member states, among them struggling Spain and bailed-out Greece and Portugal, the report said.

Resilient Cities - ICLEI: Home 15 April 2014 Together with eight international organizations ICLEI joined a new urban resilience partnership which was announced at the World Urban Forum in Medellin, Colombia last week. “There has been a tremendous outpouring of support for urban resilience in recent years. DmiPeople People Edit | Attach | Print version | History: r22 < r21 < r20 < r19 | Backlinks | View wiki text | Edit wiki text | More topic actions Topic revision: r22 - 11 Nov 2015 - 14:46:28 - Jonathan Gray Children's Rights Children's rights in the Southern Mediterranean In the context of the political and economic reforms which have been taking place in the Southern Mediterranean over the last years, several countries in the region have expressed their interest in strengthening co-operation with the Council of Europe, notably in terms of child rights promotion and protection as specified in the Neighborhood Partnership priorities established with Morocco Neighbourhood partnership with Morocco, Tunisia Neighbourhood partnership with Tunisia, and Jordan Neighbourhood Partnership with Hashemite Kingdom of Jordan. As such, relevant Council of Europe experience and expertise is made available as appropriate so as to further strengthen the reform process. This is based on the needs and priorities identified by and with the countries’ national authorities in areas where Council of Europe input can represent an added value.

Metadesigners Open Network An early prototype of The Lovers' Clock artwork See this set of notes on finding a more synergistic form of temporality Unisfair Save time, optimize your budget and create lasting impressions that influence decisions Streamline content delivery, lower production costs and maintain a continuous, engaging presence. Our Virtual Environment platform enables you to train, promote brand awareness, expand market reach and accelerate sales. Generate interest from prospects Trade ShowsRoad ShowsProduct Launches Future Cities Laboratory – Department of Architecture Sustainable Future Cities: Through Science, By Design, In Place Future Cities Laboratory is a research programme established by ETH Zurich and Singapore’s National Research Foundation that aims to develop new knowledge, technologies, and approaches for a sustainable urban future with an Asian perspective. Through Science To achieve sustainability, science is essential. Science provides the basis for understanding how cities develop and interact with the environment at different spatial scales. A city is a complex system with a quantifiable ‘metabolism’ composed of diverse stocks and flows of resources.