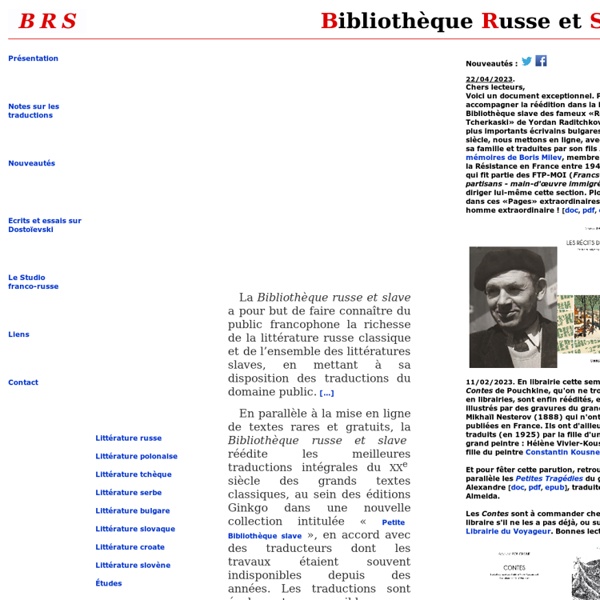 Gutenberg On August 26 2020, the Project Gutenberg website underwent some major changes. These changes had been previewed since early 2020, and visitors to the old site were invited to try the new site, including giving input via a brief survey. The old site is no longer available. If you found yourself on this page unexpectedly, it is because an old page was redirected here. Please use the navigation menus at the top of the page to find what you were looking for. All of the functionality, and most of the content, from the old site is still here - but in a different location.

Etext Center: Collections The Electronic Text Center (1992-2007), known to many as “Etext,” served the University community’s teaching and research needs in the areas of humanities text encoding for over fifteen years. Many of the resources once available on Etext are now available via VIRGO, the primary access point for all U.Va. Library digital texts and images. In the course of migrating thousands of texts from Etext to VIRGO, it was determined that certain resources were not eligible for inclusion. Many of the texts that were not migrated can be found among other university online text collections, Google Books, and Project Gutenberg. 12 fascinating book machines before the Kindle For many users, the Kindle is a symbol of the reading device of the future. However, it’s not the first one, and not even the most exciting one. The first-generation Kindle was released on November 19, 2007, starting the digital revolution of the 21st century. The history of improving books to make them more accessible and convenient is much longer than that. Book machines listed below have inspired, and still inspire, not only to improve books but also to read them.

Aryana Libris Authors : Lindholm David - Karlsson Ulf Title : The bare-knuckle boxer's companion Learning how to hit hard and train tough from the early boxing masters Year : 2009 Link download : Lindholm_David_-_The_bare-knuckle_boxer_s_companion.zip Introduction. This book deals with the European art of fighting by using the hands for striking—the martial art of pugilism, or bare-knuckle boxing. We are not talking about the modern sport of boxing. Etext Center: Collections University of Virginia Library > Our Organization > The Electronic Text Center The Electronic Text Center (1992-2007), known to many as “Etext,” served the University community’s teaching and research needs in the areas of humanities text encoding for fifteen years. Many of the resources once available on Etext are now available via VIRGO, the Library’s online catalog and the primary access point for all U.Va. Library digital texts and images.

Postcards Of 1914 Depict 'Futuristic' Moscow In The 23rd Century AD Last year, we talked about how late 19th century French artists envisaged the year of 2000 AD for the future of mankind, in a set of illustrations known as the En L’An 2000. Well we have come across another nifty example of retro-futuristic art, this time made by Russian artists before the eve of the modern history-changing revolution in 1914. The illustrations depict various parts of the future Moscow in the 23rd century (possibly the year 2259 AD) featuring their fair share of idiosyncratic technologies, ranging from propeller-driven street racing snowmobiles to sky-high transit network for trams.

About calibre is a free and open source e-book library management application developed by users of e-books for users of e-books. It has a cornucopia of features divided into the following main categories: Library Management calibre manages your e-book collection for you. It is designed around the concept of the logical book, i.e., a single entry in your library that may correspond to actual e-book files in several formats.calibre can sort the books in your library by: Title, Author, Date added, Date published, Size, Rating, Series, etc.