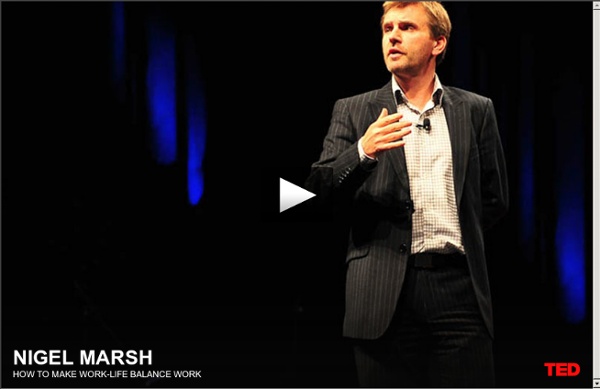 Six Emotional Leadership Styles - Leadership Training From MindTools Choosing the Right Style for the Situation Find out how emotional leadership styles can affect your team's happiness. © iStockphoto/Kuklev Imagine that you work with a positive, charismatic leader. How To Avoid Communication Pitfalls In The Workplace – The Clarion Call to Leadership! This post first appeared on OPEN Idea Forum. There is a large body of work concerning the way women’s communication style differs from that of men. For example, there is research suggesting that females downplay their certainty, while males downplay their doubts. The 20 most-watched TEDx talks so far News X marks the spot: This week’s TEDxTalks Each week, TEDx chooses four of our favorite talks, highlighting just a few of the enlightening speakers from the TEDx community, and its diverse constellation of ideas worth spreading.

How To Motivate Yourself: 3 Steps Backed By Science You make goals… but then you procrastinate. You write a to-do list… but then you don’t follow through. And this happens again and again and again. Seriously, what’s the problem? Why are we so good at thinking of what to do but so terrible at actually doing those things? No Batteries Required: 8 Conflict Resolution Tips Learning to deal with emotions in conflict situations helps us be more effective in our professional or personal lives. August 17, 2011 There is an African proverb that says: “Don’t look where you fell, but where you slipped.” When we find ourselves on the conflict carousel, we often tend to lose sight of the root cause of the conflict. It may very well have originated with us, but, once the conflict with a colleague or superior is set in motion, we seem to suffer from temporary, corporate amnesia—the emotional nature of the conflict clouds our objectivity.

News - Is it good for people to fail occasionally? 2 March 2014Last updated at 19:47 ET By Lucy Wallis BBC News In our highly competitive world, we prize success and hate it when things go wrong, but is there actually a value in failing? When Irish author Flann O'Brien submitted the manuscript for his second book, The Third Policeman, to a London publisher in 1940 it was rejected. But rather than admit this lack of success to his friends, he pretended the manuscript had accidentally blown out of the boot of his car on a trip to Donegal and had been lost forever. "This was a ruinous thing to say because he couldn't then turn around and say, 'Oh I've found it again,' so the manuscript sat very openly on his sideboard until his death," says Booker Prize-winning author Anne Enright. She has selected O'Brien's story to appear in an exhibition entitled Fail Better at the Science Gallery at Trinity College, Dublin.

Einstein's Puzzle # Copyright (C) 2004 Lauri Karttunen # # This program is free software; you can redistribute it and/or modify # it under the terms of GNU General Public License as published by # the Free Software Foundation; either version 2 of the License, or # (at your option) any later version. # This program is distributed in the hope that it will be useful, # but WITHOUT ANY WARRANTY; without even the implied warranty of # MERCHANTABILITY or FITNESS FOR A PARTICULAR PURPOSE. See the # GNU General Public License for more details. Einstein's Puzzle

Eclectic Energies Enneagram Tests (free) Copyright © Ewald Berkers These two online Enneagram tests help you to determine which personality type you are. Your wing will also be indicated. The New Leadership is Horizontal, Not Vertical Several decades ago, when “leadership” became a Big Thing, it was heavily personality-based. It posited Leadership as something done by Leaders, who had learned the art of how to Lead. As a consultant friend of mine, Renee Wingo, put it, “It’s a subject whose proponents can’t figure out whether it’s a noun, a verb, or a gerund.” 21 Rules That Men Have. Number 7 Is So True. 10) You can either ask us to do something or tell us how you want it done. Not both. If you already know best how to do it, just do it yourself. 11) Whenever possible, please say whatever you have to during commercials. 12) Christopher Columbus did not need directions and neither do we… 13) All men see in only 16 colours.

Dreyfus model of skill acquisition In the fields of education and operations research, the Dreyfus model of skill acquisition is a model of how students acquire skills through formal instruction and practicing. Brothers Stuart and Hubert Dreyfus proposed the model in 1980 in an influential, 18-page report on their research at the University of California, Berkeley, Operations Research Center for the United States Air Force Office of Scientific Research.[1] The original model proposes that a student passes through five distinct stages: novice, competence, proficiency, expertise, and mastery. The original five-stage model[edit] Michael Eraut summarized the five stages of increasing skill as follows:[2]

Brainwave entrainment Brainwave Entrainment is any practice that aims to cause brainwave frequencies to fall into step with a periodic stimulus having a frequency corresponding to the intended brain-state (for example, to induce sleep), usually attempted with the use of specialized software. It purportedly depends upon a "frequency following" response on the assumption that the human brain has a tendency to change its dominant EEG frequency towards the frequency of a dominant external stimulus.[citation needed] Such a stimulus is often aural, as in the case of binaural or monaural beats and isochronic tones, or else visual, as with a dreamachine, a combination of the two with a mind machine, or even electromagnetic radiation. Hemispheric Synchronization, a potential and generally desired result of brainwave entrainment, refers to a state when the brainwave pattern of the right and left hemispheres become alike. A person with similar activity in both hemispheres is alleged[by whom?] History[edit]

How to become smarter by doing less in the information age Common: Believing that focusing on detail is the only and best path to success. Uncommon: Let’s be honest: Most things studied in college are quickly forgotten. I believe this is partly due to the sheer number of concepts addressed per class, per semester.