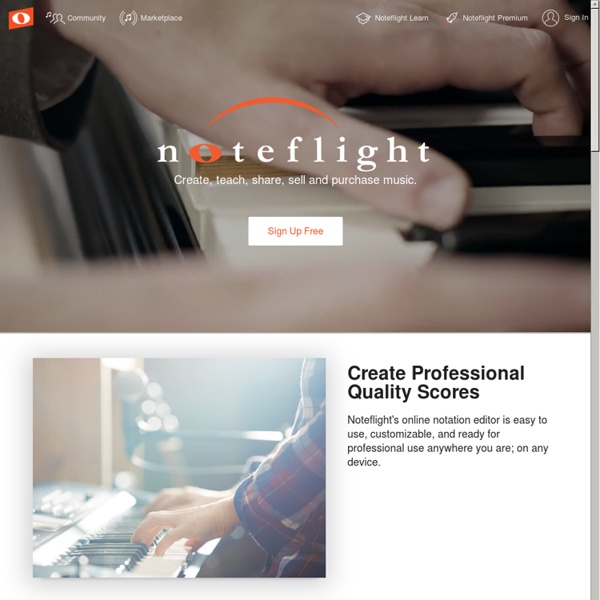 From 'Thong Song' To 'Love On Top': The 11 Most Epic Key Changes In Pop Music By Jamie Peck The key change is one of the most surefire tools in a musician's arsenal. Just when you think the feels your favorite singer is putting out can't get any more intense, everything shifts up half a step and BOOM, it's a whole new ballgame. Who knew such an itty bitty musical change could make something sound so totally different? Sometimes referred to as "modulations" (not exactly the same thing, but close enough for our purposes), key changes have been prized for centuries for their ability to add spice to a piece of music. Garageband for Chromebook – About Chromebook Garageband is an audio recording and production suite for Mac, aimed for the the prosumer market. It is produced only for the Mac. However, there are some web based alternatives you can use for simple audio production, with the added benefit on the Series 3 of the incredibly high quality audio hardware. If you’re used to using Garageband or another traditional desktop sequencer like Cubase, Sonar or Protools, you’re probably aware that laying down tracks means creating a lot of large audio files, storing, mixing and layering on audio processing on the fly. That’s hard to do in a web application, but there are some surprisingly good options online. Soundation

Presenting engaging music lessons: swag your slideshows with Sway Swag your slideshows with Sway This article has been written by a guest author. If you’re an educator or music industry professional who is interested in contributing an article to the Midnight Music blog, you can apply here. The author of today’s article is Jacob Garcia. In his role as the Education Manager for the Louisiana Philharmonic Orchestra, Jacob oversees educational outreach programs and concerts and creates lesson plans for use by teachers of K-12 students. In this article, Jacob shares a his tips for creating a visually engaging presentation that incorporates a range of multimedia content.

Decoding the “Love On Top” Modulations For the last few years, whenever I teach modulations, the song “Love On Top” (Beyoncé Knowles/Terius Nash/Shea Taylor) is brought up by students. It’s a modulating tour-de-force insomuch as it moves through five keys with surprising swiftness, and it doesn’t hurt that modulations like this are uncommon in R&B. As impressive as it is, there’s just one trick used four times. Here’s how it goes.

ProTools Crank up your creativity and speed From powerful new loop-based music creation and trying ideas via Revision History, to timesaving workflows that simplify editing and post production, Pro Tools enables you to create at the speed of your imagination—without limits. That’s why top artists, musicians, producers, mixers, engineers, sound designers, recording studios, and post facilities choose Pro Tools for everything they do. Black Belt Songwriting Tips Blog - ScoreCloud ScoreCloud can make writing songs easier. It is not only the cutting edge software for notating music, but also a great tool for coming up with new ideas. Don’t forget, however, that whatever software, workstation, microphones or instruments you have, knowledge about the craft itself is what will make your songs special, and make you stand out among songwriters. This is why we have partnered with the team behind Black Belt Songwriting, a book series you should read if you want to reach a professional level. On this blog, the two songwriters Johan Wåhlander & Jan Sparby share knowledge about music and songwriting, along with hands-on tips in the ScoreCloud software.

Solfège Many music education methods use solfège to teach pitch and sight-reading, most notably the Kodály Method. The technique of solfège involves assigning the notes of a scale a particular syllable, and then practicing by singing different note sequences using these syllables. The sequences gradually get more difficult in terms of intervals and rhythms used. The seven syllables commonly used for this practice in English-speaking countries are: do (or doh in tonic sol-fa),[2] re, mi, fa, sol (or so in tonic sol-fa), la, and ti. In other languages, si is used (see below) for the seventh scale tone. There are two ways of applying solfège: 1) fixed do, where the syllables are always tied to specific pitches (e.g.

Studio One Get tactile control. The StudioLive CS18AI is the first surface designed by PreSonus to control Studio One. Connected with a single Ethernet cable, you get 18 touch-sensitive moving faders, dedicated Fat Channel controls, markers, transport, scribble strips, filter DCA mix layers, and more. The CS18AI is also a 4 x 2 interface, providing additional I/O. Short on space or just want to get away from your desk?

Key Chords Key Chords app generates guitar chord progressions automatically. Use it free online, or get the app for Mac, Windows or iOS (iPad) - Click on a chord to preview how it sounds. - Drag and drop to arrange the chord progression - Tweak the settings to control the playback speed Or role the dice and Key Chords will automatically generate a nice sounding progression. Select a Key: MTT16: Creative composition projects using music technology In this episode: What types of creative music tech projects can I do with my middle or senior school students? I share my favourites which include film scoring, video game composition, the science of sound, digital storytelling, song writing, recording covers and more. Listen to the episode here (or on your favourite podcast app):

Common Chord Progressions—The Complete Idiot’s Quick Guide Writing chord progressions can be one of the trickier things about writing a music composition. It would seem that creating a harmonious chord progression is just a matter of applying a few hard-and-fast rules. It isn’t quite as simple as that—there are a lot of choices available, and the rules aren’t always hard and fast. In this guide, we’ll look at the more common chord progressions found in both popular songs and other types of compositions and the rules for using them. Note: All examples are given in the key of C.

Best Music Software for Chromebooks & BYOD Schools Help! Which software can I use with mixed devices or Chromebooks? In the past few years, a large number of schools worldwide have decided to adopt a Bring Your Own Device (BYOD) approach to technology for students meaning that students can choose to use a Mac laptop, a Windows laptop, an iPad or an Android tablet. At the same time, a number of schools have selected Chromebooks – which only allow the user to access resources and software that are online and “in the cloud” – as the technology device of choice for their students. And still other schools find themselves with a variety of technology devices – perhaps iPads in elementary school, Windows laptops for senior students, Chromebooks for middle school and a Mac lab down the hall!

Classical music library Classical music library We provide high quality, interactive sheet music - synced to real recordings. Have an iPad? Free A List of Some of The Best Free Web Resources on Music Education Educational Technology and Mobile Learning has recently started a series of posts covering a plethora of free web resources relevant to the teaching of different subject matters and disciplines. As we said before, the purpose of this series is to equip teachers with the necessary online resources they need to compliment the materials they use in their classroom teaching. We have already posted about free resources pertaining to the following subject areas : Math, Science, Social Studies, and Language Arts. Today we are providing you with free web resources relevant for Music teachers.