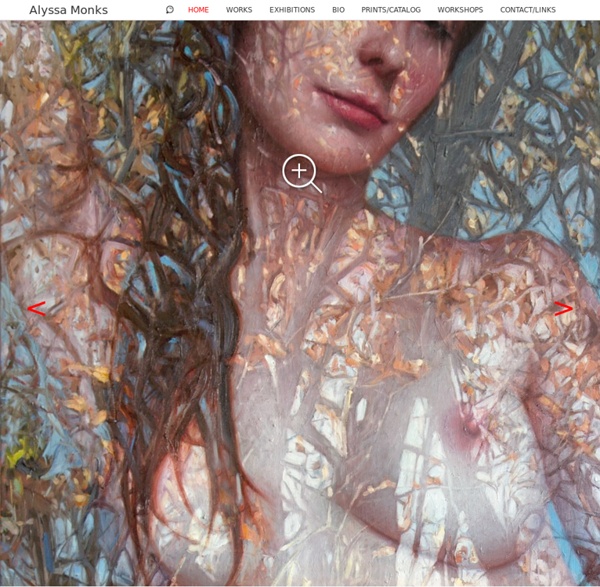 The Art of Aubrey Beardsley (A Collection of His Works) I started this project about 3 years ago, when I took a razor blade to an already falling apart copy of "The Early Works of Aubrey Beardsley" (Dover Edition 1967) and scanned in all of the images. I've taken a few liberties with color corrections, scaling, and compositing of multi-page images. Some may be ever so slightly skewed because of the way they were scanned in, meaning - very primitively using a relatively crummy $40 Plustek flatbed. A Conversation with Ursula von Rydingsvard I first heard of Ursula von Rydingsvard from my friend Jane Rosen. "She's a great artist," she told me. "You should interview her." But Ursula lives in New York and I had my hands full in the Bay Area. It didn't seem likely to happen.

Prints JONATHAN LEVINE GALLERY EXCLUSIVE: The Bored Heiress a ten color, hand signed and numbered serigraph, 19" x 29" released in conjunction with the "Thursday's Girl" exhibition in April 2013 Jonathan Levine Gallery, New York Art21 . Ursula von Rydingsvard Marina Abramović was born in Belgrade, Yugoslavia in 1946. A pioneer of performance as a visual art form, Abramović has used her body as both subject and medium of her performances to test her... Robert Adams was born in Orange, New Jersey, in 1937. His refined black-and-white photographs document scenes of the American West of the past four decades, revealing the impact of human activity on... Ai Weiwei was born in Beijing, China in 1957. An outspoken human rights activist, Ai was arrested by Chinese authorities in April 2011 and held incommunicado for three months.