You Should Take Care 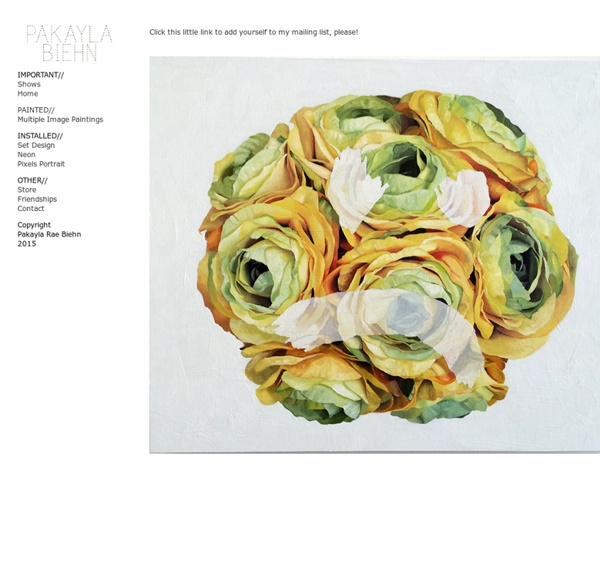 Kate Rentz 16.04.12 by Jeff Photos by Kate Rentz. katerentz.com Sweet Station Zemer Peled Peled was born and raised in a Kibbutz in the northern part of Israel. After completing a BA (Hons) at the Bezalel Academy of Art and Design in Jerusalem she graduated with an MA (Hons) from the Royal College of Art. In recent years her work has been featured nationally and internationally in museums and galleries including Sotheby’s and Saatchi Gallery-London, Eretz Israel Museum-Tel Aviv and the Orangerie du Senate, Paris among others. Zemer Peled’s work examines the beauty and brutality of the natural world. Her sculptural language is formed by her surrounding landscapes and nature, engaging with themes of nature and memories, identity and place. Peter Harris ” In the decade that I’ve painted the urban landscape, one name is consistently mentioned when people first encounter my work: Edward Hopper. Philippe Tyberghien ” I am a Franco/Belgian artist who works in photography and makes them look like old paintings (old or less). Mi Ju Christophe Jacrot Henn Kim Ken Lavey

Keith Lemley: Something and Nothing New work from Keith Lemley that just opened at 1708 Gallery in Richmond, VA. Keith Lemley’s sculptural installation consists of concentric rings of white neon tubes the paths of which mimic the natural variation found in the logs at their center. Lemley creates a space for dialogue between nature and the machine by filling the gallery with artificial light that is delivered through seemingly organic forms. By combining the everyday occurrence of perceiving light with an unusual delivery method, Something and Nothing calls attention to “the phenomenology of sight, the physiology of perception, and the experience of being a living body in space.” And if you liked that, see also his Luma series.