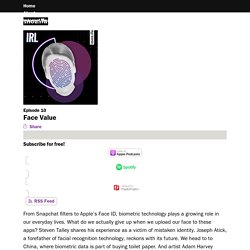 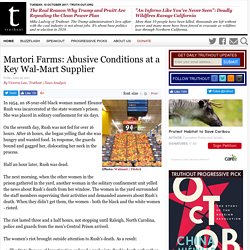 She was placed in solitary confinement for six days. On the seventh day, Rush was not fed for over 16 hours. After 16 hours, she began yelling that she was hungry and wanted food. In response, the guards bound and gagged her, dislocating her neck in the process. Half an hour later, Rush was dead. Tales From The Big House: What A Prison Sentence Really Means. Print Details Written by Randal R. 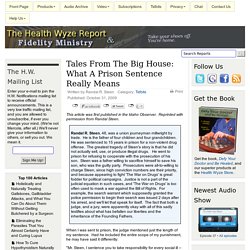 Teen Girl Sent Teen Boy 5 Inappropriate Pictures. He Faced Lifetime Registry as a 'Violent Sex Offender' or 350 Years in Jail. AlptraumZachary, now 19, is in jail awaiting sentencing for five pictures his teenage girlfriend sent him of herself in her underwear. 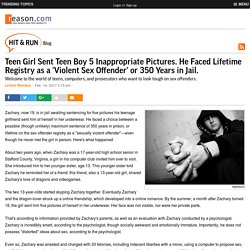 He faced a choice between a possible (though unlikely) maximum sentence of 350 years in prison, or lifetime on the sex offender registry as a "sexually violent offender"—even though he never met the girl in person. Here's what happened. About two years ago, when Zachary was a 17-year-old high school senior in Stafford County, Virginia, a girl in his computer club invited him over to visit. She introduced him to her younger sister, age 13. This younger sister told Zachary he reminded her of a friend: this friend, also a 13-year-old girl, shared Zachary's love of dragons and videogames. 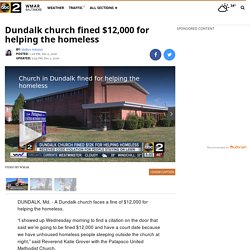 “I showed up Wednesday morning to find a citation on the door that said we're going to be fined $12,000 and have a court date because we have unhoused homeless people sleeping outside the church at night,” said Reverend Katie Grover with the Patapsco United Methodist Church. Grover added that the men and women who sleep outside their doors do so because they have nowhere else to go and because they feel safe there. “We feel we here as a church that it's scriptural mandate that's it an imperative to care for the least, the last, the lost, the poor, the hungry,” she said. Jailed for Life for Minor Crimes: The UK's Forgotten Prisoners.

Arrested For Selling What?! Tyrannical System Sentences 4-Year-Old Boy to Life in Prison for Alleged Crimes When He Was 1. By Andrew Emett Cairo, Egypt – Convicted of murder, inciting riots, destruction of government property and threatening cops, a four-year-old Egyptian boy was sentenced to life in prison this week. 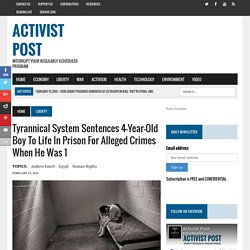 Marvin Gaye - Inner City Blues (Make Me Wanna Holler) 4 Innocent Native Americans Jailed For 18 Years, Set Free – But Only After Agreeing Not To Sue. By John Vibes Four innocent Native American men have been set free from prison this week after they agreed not to sue the city or the state for the wrongful conviction and the unnecessary time behind bars. 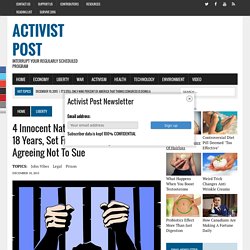 FBI Admits Flawed Forensics May Have Led To Wrongful Convictions  Police Chief Resigns After Caging Family’s Puppy and Killing it at Shooting Range. By John Vibes Police Chief Andrew Spencer resigned this week after it was revealed that he shot and killed an innocent dog that was in a cage and meant no one any harm. 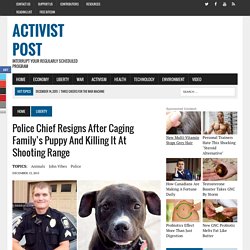 To make matters even worse, he took the puppy to a firing range and killed it there because he did not want to deal with finding its home. Mom Calls 911 for Mental Help With Her Son, Cops Show Up, Taser Him to Death While He’s Restrained. By Eva Decesare Coweta County, GA — American police have once against demonstrated that their agenda is not to protect and serve, but to dominate and control by any means necessary. 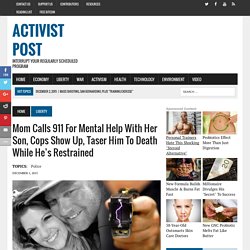 On November 20th, sheriff deputies in Coweta County, Georgia were summoned to help subdue a man having a psychotic breakdown and ended up tasing him to death. Mass Incarceration and Mental Health. Cops Now Using Prepaid Card Readers to Rob Motorists of Digital Funds on Roadside. By Justin Gardner Civil asset forfeiture (CAF) is coming under increased criticism around the country, as the immoral nature of this drug war weapon becomes exposed. 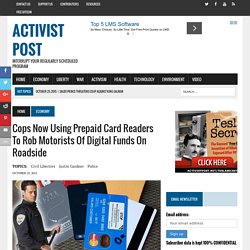 New Mexico became the first state to make meaningful reforms, and even law enforcement officers are speaking out against CAF. Political Prisoner Dies in US Jail for Protesting Taxation. By John Vibes Last week, political prisoner Irwin Schiff died behind bars at the age of 87. He was serving multiple sentences related to his work protesting and challenging tax laws. Throughout his life, Schiff authored many books, and ran for political office on several occasions.

His final book The Federal Mafia; How the Government Illegally Imposes and Unlawfully Collects Income Taxes became the only non-fiction book to be banned in America. Minority Report PreCrime Test Claims Success; Seeks Expansion Worldwide. By Nicholas West Well, it sounds like PreCrime policing is officially set to expand across the nation, and perhaps the world. The pace of technological advancement is now quickening to the point where the gap between science fiction and reality is being greatly reduced. Philip K. Dick explored the concept of PreCrime in his short story “The Minority Report” in 1956, but it wasn’t until Steven Spielberg offered it on the big screen as Minority Report in 2002 that the audience got a true look at a potential day-to-day existence under corporate and government data management and control. The problem is that it can’t be called fiction if it’s actually happening; and among the vast array of surveillance and Big Brother intrusion nothing will likely affect the average person as much as the concept of PreCrime taking hold in modern policing.

And in Arizona, mental health PreCrime systems are searching for people “near the breaking point.” My emphasis added: Raw Footage of the Raw Dairy Raid on Michael Schmidt. By Heather Callaghan “It’s their food…” The people’s food. Last week, multiple Canadian agencies swarmed Glencolton Farm targeting raw milk producer Michael Schmidt. Former Cop Gets Two Years in Prison for Pointing Out Flaws in Lie Detector Tests. By John Vibes 69-year-old Douglas G. Williams of Norman, Oklahoma was sentenced to two years in prison this week for running a website that pointed out the flaws in lie detector tests. Williams is a former detective for the Oklahoma City Police Department and throughout the course of his career he administered thousands of polygraph tests for his own police department, as well as other agencies like the FBI and the Secret Service. FBI Quietly Ramps Up Biometrics Programs. SWAT Team Raids Home, Kills Man Over $2 Worth of Pot.