Re-entry. Approximately 60,000 youth are currently confined in juvenile detention and correctional facilities in this country, with hundreds of thousands more on probation.[1] The time youth spend in confinement has a significant and often negative impact on their development.[2] Many youth who have been confined face a myriad of challenges when they return home, including difficulty reenrolling in school, finding jobs, and continuing with needed mental health and substance abuse treatment. 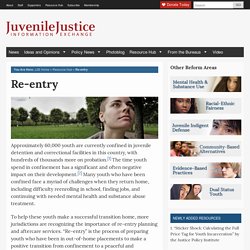 In Brown County, a Prosecutor Blurs the Line Between a Fee and a Bribe. A little after 1 a.m. on a Sunday in March 2012, Charley Salas was driving some friends home after a night out in Brownwood, a rural town midway between Austin and Abilene. Five months pregnant, Salas was the designated driver. Special Investigation: Native Americans Are Being Killed by Police at a Higher Rate Than Any Other Group. Native Lives Matter The grassroots Native Lives Matter (NLM) movement is attempting to bring attention to the deaths, and to the larger social and economic oppression of Native Americans. 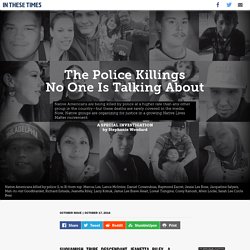 Started in late 2014, the concept was inspired by Black Lives Matter, says one of the founders, Chase Iron Eyes, a Lakota attorney and Democratic candidate for Congress from North Dakota. Neighboring South Dakota had been scrutinized by USCCR in a 2000 report, “Native Americans in South Dakota: An Erosion of Confidence in the Justice System.” In the hearings that led up to the report, commissioners heard testimony about racial profiling during traffic stops, drunk drivers receiving light or suspended sentences for killing Natives, and, just as concerning to Natives, the white community’s denial of the existence of racism toward Native people. 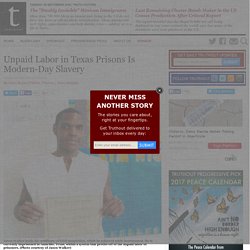 He is currently imprisoned in Amarillo, Texas, within a system that profits off of the unpaid labor of prisoners. (Photo courtesy of Jason Walker) The Texas Department of Criminal Justice (TDCJ) has the biggest prison population in the United States (over 140,000 prisoners) and the most prisons of any state (over 100). The Third Reconstruction and the Carceral State. Ta-Nehisi Coates mournfully excavates how the carceral state is deeply entangled in the racial DNA of the United States, and convincingly demonstrates that, for all the talk of a Kumbaya moment in penal reform between the left and the right, the carceral state remains largely intact with barely a nick. 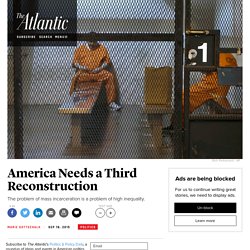 In identifying how the carceral state is deeply entangled in the racial, political, social, and economic fabric of the U.S., Coates takes his readers to the edge of dystopian despair. But Americans need to be careful about not stepping into the abyss: the idea that ending mass incarceration must be predicated on tackling the root causes of crimes such as unemployment, poverty, and unconscionable levels of social and economic inequality stratified by race and ethnicity. Four decades ago, the U.S. had many similar structural problems found today, but it did not have such an expansive penal system. The changes needed to slash the country’s incarceration rate are no mystery. If the Risk Is Low, Let Them Go. Back in 1978, Mujahid Farid had already decided to turn his life around when he entered the New York prison system to begin a 15-year-to-life sentence for attempted murder of an NYPD officer. 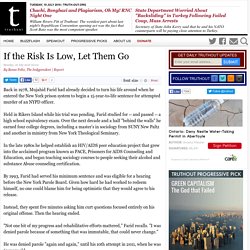 Held in Rikers Island while his trial was pending, Farid studied for -- and passed -- a high school equivalency exam. Over the next decade and a half "behind the walls" he earned four college degrees, including a master's in sociology from SUNY New Paltz and another in ministry from New York Theological Seminary. In the late 1980s he helped establish an HIV/AIDS peer education project that grew into the acclaimed program known as PACE, Prisoners for AIDS Counseling and Education, and began teaching sociology courses to people seeking their alcohol and substance Abuse counseling certification. 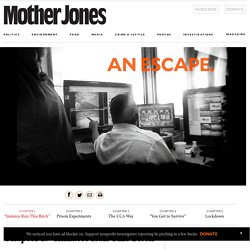 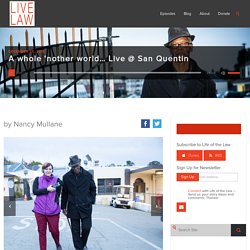 (Photo Credit: Elisabeth Fall/fallfoto.com) Troy Williams a former inmate standing outside the Sally Port with Lt. Brilliantly Articulated Animation About Mass Incarceration In The US. Mass Incarceration: The Whole Pie 2016. By Peter Wagner and Bernadette Rabuy March 14, 2016 Wait, does the United States have 1.4 million or more than 2 million people in prison? 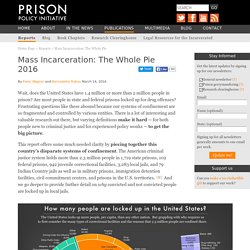 Are most people in state and federal prisons locked up for drug offenses? Frustrating questions like these abound because our systems of confinement are so fragmented and controlled by various entities. There is a lot of interesting and valuable research out there, but varying definitions make it hard — for both people new to criminal justice and for experienced policy wonks — to get the big picture. This report offers some much needed clarity by piecing together this country’s disparate systems of confinement.

Breaking New Ground - Beyond Prison. US Prisoners Deserve College Educations - and the Right to Vote. A prisoner reads the Bible at the Louisiana State Penitentiary, in Angola, Louisiana, September 9, 2013. 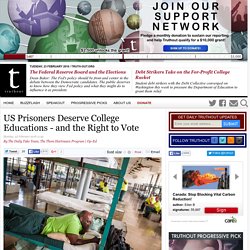 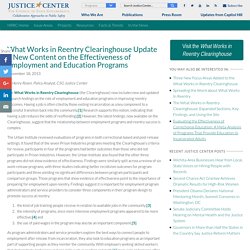 Having a job is often cited by those exiting incarceration as a key component to a successful transition back into the community.[1] Research supports this notion, indicating that having a job reduces the odds of reoffending.[2] However, the latest findings, now available on the Clearinghouse, suggest that the relationship between employment programs and reentry success is complex. The Urban Institute reviewed evaluations of programs in both correctional-based and post-release settings. NICIC.gov: National Institute of Corrections. NICIC.gov: Transition from Jail to Community (TJC) There are 2,876 local jails in the United States that process approximately 12 million releases per year.

Focusing on offender reentry from jails presents opportunities to have a significant effect on public safety, but offender reentry to the community from jails is a complicated issue. The individuals committed to jails have diverse risks and needs, and their length of stay in jails is brief when compared to prison stays. For many inmates being released, no organization or individual is responsible for their supervision or treatment in the community. NIC, with project partner Urban Institute, launched the "Transition from Jail to the Community (TJC)" initiative in 2007. A jail transition model has been developed and tested in six local jurisdictions to improve long-term reintegration outcomes for individuals returning to communities from local jails.