Log In - New York Times. Mass Incarceration Is The Enemy Of Economic Opportunity. More than 2 million Americans—about a quarter of the total inmates in the entire world—are kept in prisons and jails in this country. 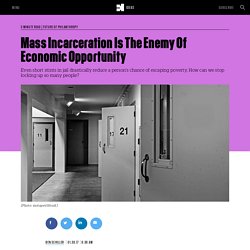 The penal state is vast and largely hidden from view. But if you put all those people in one place, they'd amount to a mid-sized city, roughly the population of Houston. The Department of Justice just put out a horrifying report on the Chicago Police Department. Cops' Feelings on Race Show How Far We Have to Go. Police line a street in downtown Baltimore in response to protests that followed a rally for Freddie Gray. 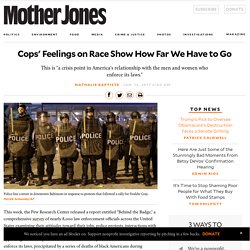 Patrick Semansky/AP This week, the Pew Research Center released a report entitled "Behind the Badge," a comprehensive survey of nearly 8,000 law enforcement officials across the United States examining their attitudes toward their jobs, police protests, interactions with their communities, racial issues, and much more. The report states that it is appearing "at a crisis point in America's relationship with the men and women who enforce its laws, precipitated by a series of deaths of black Americans during encounters with the police. " 40 percent of black Americans distrust the criminal justice system: Why I’m one of them. More People Die in Police Encounters Than We Thought. Police arrest demonstrators at an Occupy protest in Oakland in 2010. 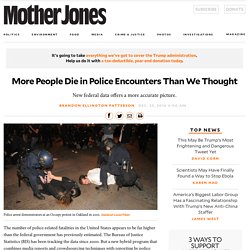 Oakland Local/Flickr The number of police-related fatalities in the United States appears to be far higher than the federal government has previously estimated. After a Crime, the Price of a Second Chance. Ms. 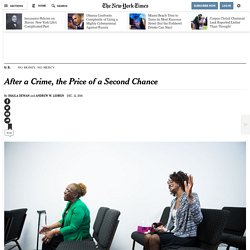 Willis, who owed $690, had a harder time. When she paid all but $240, her case was sent back to court for prosecution. Businessinsider. It takes a lot to get fired from Chicago’s police department. 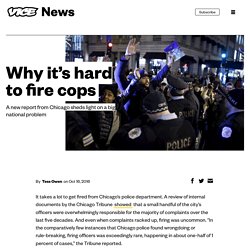 A review of internal documents by the Chicago Tribune showed that a small handful of the city’s officers were overwhelmingly responsible for the majority of complaints over the last five decades. And even when complaints racked up, firing was uncommon. Half of Wisconsin's Black Neighborhoods Are Jails. 17-year-old Lew Blank researched race and housing in his state and found some disturbing patterns. 17-year-old Lew Blank was fiddling around with the Weldon Cooper Center’s Racial Dot Map when he discovered something disturbing about Wisconsin, where he lives: More than half of the African-American neighborhoods in the state are actually jails. 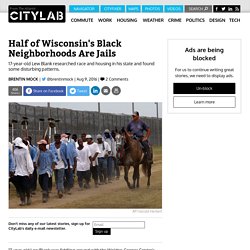 Not only that, but the rest of the black neighborhoods across the state are either apartment complexes, Section 8 housing, or homeless shelters—the lone exception being a working-middle class section of Milwaukee. Trump’s ‘Law and Order’ Blind Spot. In a national presidential campaign of international significance, America’s police officers have somehow come to occupy center stage. 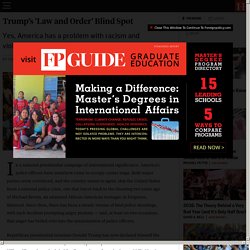 Both major parties seem convinced, and the country seems to agree, that the United States faces a national police crisis, one that traces back to the shooting two years ago of Michael Brown, an unarmed African-American teenager, in Ferguson, Missouri. Since then, there has been a steady stream of fatal police shootings, with each incident prompting angry protests — and, at least on two occasions, that anger has boiled over into the assassination of police officers. Republican presidential nominee Donald Trump has now declared himself the “law-and-order” candidate.

By contrast, presumptive Democratic nominee Hillary Clinton has scheduled family members of people shot and killed by the police to speak at the Democratic National Convention next week. Why Alton Sterling and Philando Castile Are Dead. Vigil in memory of Alton Sterling in Baton Rouge, Louisiana. 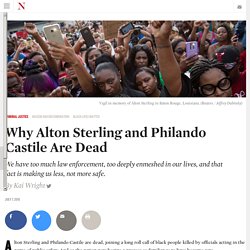 (Reuters / Jeffrey Dubinsky) Alton Sterling and Philando Castile are dead, joining a long roll call of black people killed by officials acting in the name of public safety. And so the nation now begins a process so familiar as to have become rote. LFOs: The Fines and Fees that Keep Former Prisoners Poor. Life after prison can be a huge challenge—and this is definitely true when it comes to money. 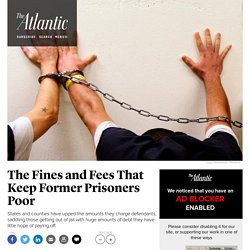 The formerly incarcerated often have trouble finding work and stable housing because of prohibitions against people with criminal records. But some of the biggest financial challenges for the formerly incarcerated may stem directly from their crimes. This may be the best way to measure gun violence in America. In Canton, Ohio, one of the most common complaints that police chief Bruce Lawver hears is about gunfire. 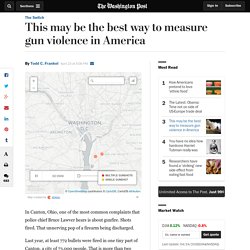 Shots fired. That unnerving pop of a firearm being discharged. Quintonio LeGrier, Bettie Jones, and the Paranoid Style of American Policing. When I was around 10 years old, my father confronted a young man who was said to be “crazy.” The young man was always too quick to want to fight. A foul in a game of 21 was an insult to his honor. A cross word was cause for a duel, and you never knew what that cross word might be. One day, the young man got into it with one of my older brother’s friends. Tamir Rice Case Spotlights Protections for Police Who Kill. Although 2015 will go down as the year when the United States began grappling with the problem of police violence, it ended with a trio of defeats for reformers. First, a jury in Baltimore was unable to come to a verdict in the trial of Officer William Porter, one of several officers charged in the death of Freddie Gray.

Several days later, a grand jury in Waller County, Texas, decided that there had been no crime committed in the death of Sandra Bland in a jail cell there. Finally, and most gallingly to many observers, on Monday a grand jury in Cuyahoga County decided not to indict two officers in the shooting death of 12-year-old Tamir Rice. How Other Missouri Cities Are Like Ferguson. The Department of Justice's Recommendations for Police and Court Reform in Ferguson, Missouri, Will Be Impossible for the Broken City to Fund. Yesterday, the U.S. Department of Justice concluded its civil-rights investigation in Ferguson, Missouri, issuing a scathing report on the practices of the Ferguson Police Department and the city's municipal court system. Today, the city's law-enforcement agency and justice apparatus begin the long road to reform.

But the directives given by Justice to the police department and to the court may be at odds with one another. Our Police Union Problem. FOR decades now, conservatives have pressed the case that public sector unions do not serve the common good. The argument is philosophical and practical at once. First, the state monopoly on certain vital services makes even work slowdowns unacceptable and the ability to fire poor-performing personnel essential, and a unionized work force creates problems on both fronts.