When you consider a new supplement, the first thing that comes to mind is probably not a jar of black, tar-like goo. 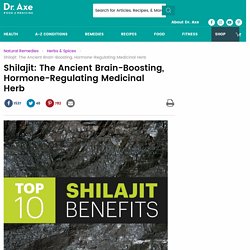 But maybe it should be, because shilajit is an excellent ancient herb with a host of health benefits. It’s a common substance used in the ancient practice of Ayurvedic medicine, a 5,000-year-old method of disease prevention and treatment originating in India and still practiced in many Asian countries. Ayurvedic medicine is built on the concept that by keeping equilibrium in the body’s three “doshas,” one can live a long and healthy life without the use of prescription medications.

One reason shilajit is such an effective medicinal herb is due to its high fulvic acid content. Fulvic acid has many proven benefits, from improving gut health to keeping skin healthy. Known for thousands of years as a rejuvenator of the whole body, shilajit has garnered a fairly significant body of research for its impact on various body systems. 1. 2. 3. 4. 5. 6. 7. 8. 9. 10. George Kavassilas - Artificial Intelligence (AI) 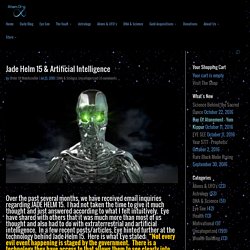 You will not only have to be able to think outside the box to fully grasp the implications of what Eye am about to share, you will have to destroy the box. Keep in mind the quote above, Eye also made a similar statement in our recent highly controversial article “Welcome to the United States of Paranoia.” Before checking email this morning, I begin to tried to decipher hidden codes in Jade Helm 15 using gematria, numerology and the divine science of astrology. As I wrote the name down and began to count the numeric value of the letters in both English and Hebrew, looking at the zodiac signs they coordinated with, I found it very intriguing. J=10 A=1 D=4 E=5 – adding J + A = 11, adding D+E=9 – in reverse we clearly have (911) 9/11 or 11/9 H=8 E=5 L=12 M=13 – adding 8+5=13, adding 12+13=25 After meditating on Jade Helm 15 and seeing many scenarios unfolding, I opened the computer to check my email.

The BLACK GOO THEORY of EVERYTHING (mini-documentary): Bible Prophecy & the Black Goo Awakening. Mystery Black Goo. Nanotechnology and "The Black Goo" Black Goo is it Demonic? How Fallen Angels Communicate Through Film (2016) Black Goo: Most Mysterious Substance is a DEMONIC, Living, Integillent Liquid Crystal. Artificial Intelligence, Black Goo and Black Magic. This is an excellent talk by Harald Kautz Vella at the Miles Johnston Bases Conference, all about the progress of Artifical Intelligence, made up of nano particles, black goo and chemtrails and black magic how they work together to take over the human body. 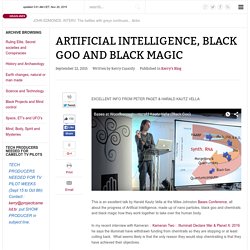 In my recent interview with Kameran : Kameran Two : Illuminati Declare War & Planet X: 2016 he says the illuminati have withdrawn funding from chemtrails so they are stopping or at least cutting back. What seems likely is that the only reason they would stop chemtrailing is that they have achieved their objectives. This talk in essence explains how the artificial intelligence has entered the plants, animals and humans as intended by the program. Go here for Part Three : NOTE FROM MILES JOHNSTON and LINKS TO DISCLOSURE BY PETER PAGET: NOTE FROM MILES JOHNSTON: I was invited as Press to attend the 50th anniversary of the Warminster "Thing", on Aug 29th 2015. I was able to record his lecture on my small camera which is Part 1 Regards. 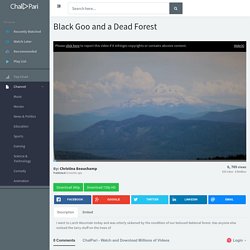 Hide(X) Black Sentient Fluid Shown In Prometheus & X-Files Bases 18. Thatcher Dies, ET's intelligent fluid.This leads up to the sinking of the Deepwater Horizon and the devestating oil spill in GOA, COREXIT. Bases 18 – part one Alistair’s first detailed session of four, on his remarkable claims of a ‘Sentient Fluid’ which is a species extinction event in London. 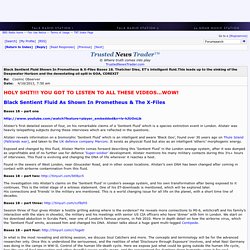 Alistair was heavily telepathing subjects during these interviews which are reflected in the questions. Alistair reveals information on a biomorphic ‘Sentient Fluid’ which is an intelligent and aware ‘Black Goo’, found over 30 years ago on Thule Island (Falklands war), and taken to the UK defence company Marconi. It exists as physical fluid but also as an intelligent ‘etheric’ morphogenic energy. Exposed and changed by this fluid, Alistair Martin comes forward describing this ‘Sentient Fluid’ in the London sewage system, after it was dumped as unprofitable and of no further use for defence ‘Super-soldier’ development. Found in the sewers of West London, near Gloucester Road, and in other ocean locations. Programmable black goo. Below are videos of Programmable black goo, you are able to watch the video by hitting "Play Video" button. 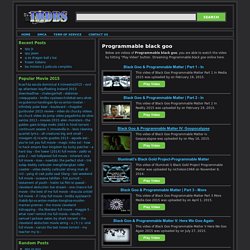 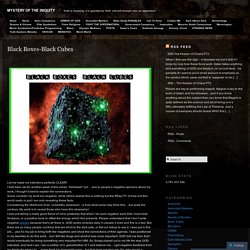 I had been set for another week of this series “Hellraiser” but….due to people’s negative opinions about my work, I thought it best to explain the connections. Some consider my work too negative, while others realize this is nothing but the REALITY of how evil this world really is and I am only revealing these facts. OffPlanet TV - Harald Kautz-Vella: Silent Assimilation: A.I. Black Goo, Control of the Human System.

Black Goo; the Root of the Alien Agenda [video] Black Goo; a very unscientific but accurate term for what I believe to be at the root of the current alien agenda to absorb Humanity. 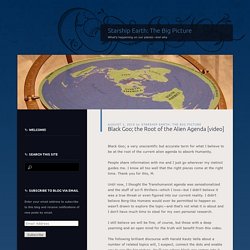 People share information with me and I just go wherever my instinct guides me. I know all too well that the right pieces come at the right time. Thank you for this, M. Until now, I thought the Transhumanist agenda was sensationalized and the stuff of sci-fi thrillers—which I love—but I didn’t believe it was a true threat or even figured into our current reality. I didn’t believe Borg-like Humans would ever be permitted to happen so wasn’t drawn to explore the topic—and that’s not what it is about and I don’t have much time to steal for my own personal research. I still believe we will be fine, of course, but those with a deep yearning and an open mind for the truth will benefit from this video. The following brilliant discourse with Harald Kautz Vella about a number of related topics will, I suspect, connect the dots and enable you to see the big picture.

Scott Porter – The BP oil disaster – Current studies and observations of the animal and coral species in the Gulf. “…Its now turned into the dustbowl of the 1930`s …. 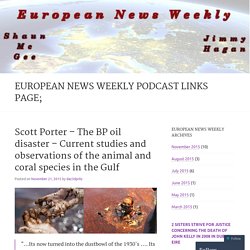 Its literaly dead .. contaminated by marine snow…” Scott said when referring to what he was seeing while diving in the Gulf of Mexico in recent years. “..about 80 – 90% of the corals I would normally have harvested were gone and dead due to contaminated marine snow….” In light of the recent finds by Samantha Joye (U of Georgia, Athens), we wanted to establish that the corexit did NOT break up the oil but only sunk it and killed the microbial community that would normally clean the oil from the water. So, we introduce Scott Porter who was told to dive by the NOAA (2 weeks past a notice sent by the EPA telling NOAA to keep its divers out of the water) to dive in contaminated water. 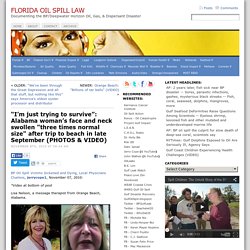 Bases 25 Part Two SSS Rachel (Black Goo) ITS NOT A PAINTING OF THE CUBE IN ANTARCTICA, ITS A REAL PICTURE. THANK YOU ORTEGABLUE. Arizona Geology: Massive deposit of unobtainium found in Arizona. Flangium Corp. today announced discovery of the largest reserves of unobtainium ever reported, at an undisclosed location in Arizona. The company also reported that significant amounts of handwavium are present in the deposit. The location is being kept secret until land ownership issues are resolved. PART I-EXPOSING PREDATORY PATHOGENIC ET AI Artificial Intelligence ~ Restoring Love sourced Humanity.