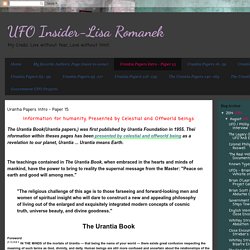 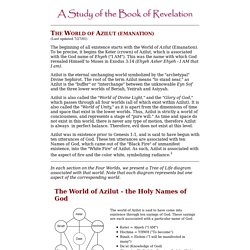 To be precise, it begins the Keter (crown) of Azilut, which is associated with the God name of Ehyeh ("I AM"). This was the name with which God revealed Himself to Moses in Exodus 3:14 (Ehyeh Asher Ehyeh - I AM that I am). The Great Arcanum - Kundalini and Twin Flames. At the heart of every great mystical and religious tradition persists a secret, universal truth – The Great Arcanum (a great deep secret; mystery).

Throughout history it has been expressly forbidden to reveal the secrets of The Great Arcanum to the public for it was a heresy (person who practiced or had knowledge of Hermetics). As almost everyone has heard of the term “soul mate” not many have heard the term “twin flame”. Soul mates can be a lover, sister, brother, mother, father, your child / children or friend. It is a connection to your soul family with much love and understanding. A twin flame connection is a spiritual connection that is felt in the mind, body and soul through what is called a kundalini awakening. Advanced Meditation Practices - Energy Arts. As you progress and continue your practice of meditation, your first four energy bodies (physical, etheric, mental and emotional) will start to stabilize. 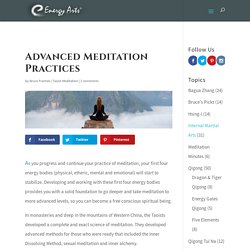 Developing and working with these first four energy bodies provides you with a solid foundation to go deeper and take meditation to more advanced levels, so you can become a free conscious spiritual being. In monasteries and deep in the mountains of Western China, the Taoists developed a complete and exact science of meditation. They developed advanced methods for those who were ready that included the Inner Dissolving Method, sexual meditation and inner alchemy.

On this page we will provide a brief overview of some of these more advanced meditation practices. Huge Ancient Knowledge Secret Discovered That Remain a Secret Even Today. Secret Fire: The Relationship Between Kundalini, Kabbalah, and Alchemy [Hermetic Library] All Rights Reserved. 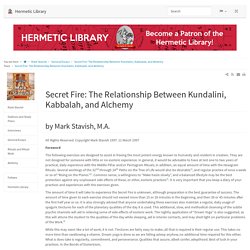 Copyright Mark Stavish 1997. 11 March 1997 Foreword The following exercises are designed to assist in freeing the most potent energy known to humanity and resident in creation. They are not designed for someone with little or no esoteric experience. Hindusim. Religious Majors. Divine Encounters - A Guide to Visions, Angels and Other Emissaries. The Quran's Verses of Violence. Quran Quran (2:191-193) - "And kill them wherever you find them, and turn them out from where they have turned you out. 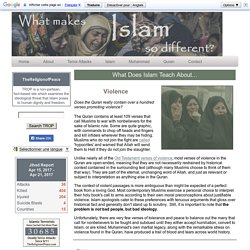 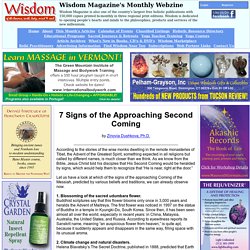 According to the stories of the wise monks dwelling in the remote monasteries of Tibet, the Advent of the Greatest Spirit, something expected in all religions but called by different names, is much closer than we think. As we know from the Bible, Jesus Christ told his disciples that His Second Coming would be heralded by signs, which would help them to recognize that “He is near, right at the door.” Hebrews And Vedic Brahmins. Dr. 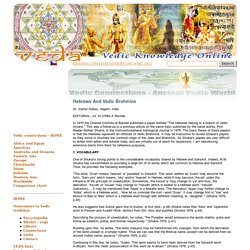 Samar Abbas, Aligarh, India EDITORIAL, Jul 14 (VNN) A Review In 1979 the Oriental Institute at Baroda published a paper entitled "The Hebrews belong to a branch of Vedic Aryans. " This was a follow-up to a previous article on the same topic published by the same author, Prof.

Abramelin 2. Ars Notoria: the Notory Art of Solomon. Lizard Power Animal Symbol Of Dreaming And Conservation – Shamanic Journey. By Ina Woolcott Through myth and legend Lizard is associated with the dream time. 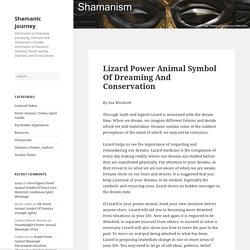 When we dream, we imagine different futures and decide which we will materialise. Dreams contain some of the subtlest perceptions of the mind of which we may not be conscious. Priory of Sion. ATON — Ananda Bosman Site. “PINEAL POWER” Science ‘SCIENCE & CONSCIOUSNESS’ (Italian Science Journal), Copyright © 2010 by Ananda M. 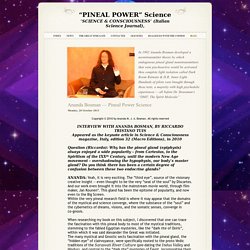 J. Boy Remembers His Past As An Extraterrestrial Being & Provides Startling Details. Peter Deunov. Bulgarian Mystic Predicts the Coming Superwave 39 Years Before Superwave Theory Was Proposed. By P. Phoenix Journals. Romanian Prophet Who You Never Heard Of Prophesied 9/11, WW3. Recently one of our readers who wishes to remain anonymous, has informed us about something which everyone from anywhere in the world should find interesting.

It’s about a man who was in direct contact with God, a real prophet of our final times who only a handful of people even heard about. His name was Arsenie Boca and he was a Christian Orthodox monk who lived in Romania. He was born on September 29th, 1910 in Vata de Sus, Hunedoara County, Romania and among many things, he prophesied his own date of death. Star Beings Gods and Sky Spirits. Pawnee Indians - aka Star People The seemingly simplistic astronomical observational tools used to observe and determine the motions of the Moon, stars, and planets would have appeared extremely sophisticated to the Pawnee Indians living on the Great Plains of Nebraska a century ago. They were skillful sky watchers. Proof of their observational activities resides in the Pawnee collection at the Chicago Field Museum of Natural History.

Discovered in one of the Pawnee "Sacred Bundles" groups of ceremonial objects wrapped together was a star chart. The Return of the Elder Race & Opening the Gateway of the Fifth Kingdom. Nefertiti, reportedly ‘a princess from a foreign country’ became married to Akhenaton. Sex magic. Paschal Beverly Randolph[edit] The earliest known practical teachings of sex magic in the Western world come from 19th-century American occultist Paschal Beverly Randolph, under the heading of The Mysteries of Eulis:

Mythologies. 10 Signs You Have Found Your Soulmate.

Man Loses Pulse for 45 Minutes, Wakes Up With Incredible Vision of Afterlife. A trucker in Ohio shocked hospital staff after coming back to life nearly an hour after he lost his pulse following a massive heart attack — but it’s what he claims to have seen during those tense moments that has him sure there’s an afterlife.