African History And Spirituality - Culture. Goldie20: why did the egyptians have the art of writing and the other parts of Africa dd not? 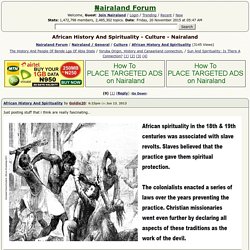 About that question, i wouldnt really know how to answer that, and i doubt the really do have answers for that.. YET? No so sure maybe they , i will research about that and get back to you if you don't mind, or maybe if you do know you can share that with me.. some people say that christianity, like most other religions, is a combination of beliefs from other religions... which i believe is true.. , All Religions are simply fragments of African Knowledge.. THE MOORS: KAFFIRS THAT CIVILISED EUROPE, AKA NIGGAS THAT CIVILISED EUROPE. 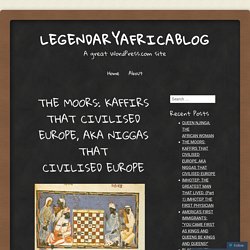 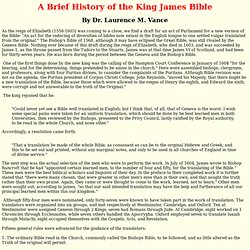 The translators were organized into six groups, and met respectively at Westminster, Cambridge, and Oxford. Ten at Westminster were assigned Genesis through 2 Kings; seven had Romans through Jude. At Cambridge, eight worked on 1 Chronicles through Ecclesiastes, while seven others handled the Apocrypha. Oxford employed seven to translate Isaiah through Malachi; eight occupied themselves with the Gospels, Acts, and Revelation. Fifteen general rules were advanced for the guidance of the translators: 1. 2. 3. 4. 5. 6. 7. 8. 9. 10. 11. 12. 13. 14. 15. King James (Stuart) Black Germany. History of the Black Holy Roman Empire The fall of Rome The 476 date for the Fall of Rome is conventionally acceptable because that's when the Germanic Odoacer deposed the last Roman emperor to rule the western part of the Roman Empire. 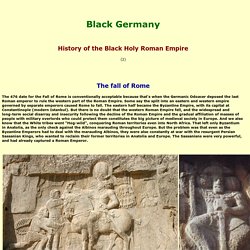 Some say the split into an eastern and western empire governed by separate emperors caused Rome to fall. Black Germany. ALL Celebrities thread [merged] - Page 114. I hope you know that Albanians have many non-white in them. 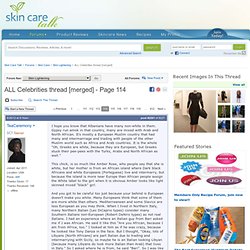 Gypsy run amok in that country, many are mixed with Arab and North African. It's mostly a European Muslim country that had many and intermarriage and trading with people of the other Muslim world such as Africa and Arab countries. Black Africans in Renaissance Europe. HISTORY: Black Germany – History of the Black Holy Roman Empire.

These African Deities Are The Best Gods You've Never Heard Of. Feelin' like Amil-lion bucks. Amil is a female rapper that used to be signed to Jay Z’s Roc-A-Fella record company. 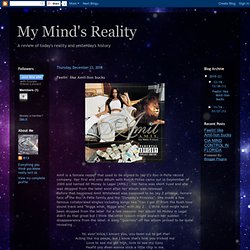 Her first and only album with Roc-A-Fellas came out in September of 2000 and named All Money Is Legal (AMIL) . Her fame was short lived and she was dropped from the label soon after her album was released. Before that happened Amil Whitehead was supposed to be Jay Z protégé, female face of the Roc-A-Fella family and the "Dynasty's Princess". She made a few famous collaborated singles including songs like “Can I get A” from the Rush hour sound track and “Nigga what, Nigga who” with Jay Z . I think Amil might have been dropped from the label for a few reasons. What do you guys think about that? The interview below also sheds some light on the dark side of the music industry HHDX: Roc-A-Fella was a prestigious label and Jay-Z is now an icon. HHDX: Right, that’s cool.

HHDX: Do you think that’s something you learned after gaining experience from being in the industry or have you always felt like that? Secrets of Amun Ra Revealed, Amun Ra and Christ were not Different. Who was Amun Ra? 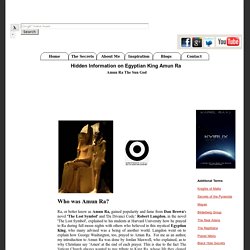 Ra, or better know as Amun Ra, gained popularity and fame from Dan Brown's novel 'The Lost Symbol' and 'Da Divanci Code.' Robert Langdon, in the novel 'The Lost Symbol', explained to his students at Harvard University how he prayed to Ra during full moon nights with others who believed in this mystical Egyptian King, who many advised was a being of another world. Langdon went on to explain how George Washington, too, prayed to Amun Ra. For me as an author, my introduction to Amun Ra was done by Jordan Maxwell, who explained, as to why Christians say 'Amen' at the end of each prayer. This is due to the fact The Vatican Church always wanted to pay tribute to King Ra, whose life they cloned into their own version called 'The Bible', and its Character Jesus Christ, who lived the exact same life as Ra; while Ra was born 3,000 years before Jesus.