“We have antifa, we have anarchists, we have terrorists, we have looters. We have a lot of bad people in those groups. I mean, you watch and you see.”
—DJTrump, June 3, 2020

Thugs on a plane? Trump's bizarre yarn echoes viral fB rumor — and Rudy Giuliani's rants. President Trump pushed a baseless and bizarre conspiracy theory on Monday that a plane "almost completely loaded with thugs" was sent to disrupt the Republican National Convention, a claim that appears almost identical to a rumor that traveled across Facebook three months ago. 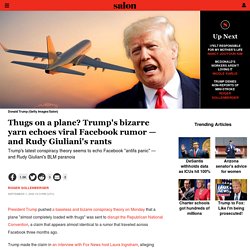 Trump made the claim in an interview with Fox News host Laura Ingraham, alleging without evidence that "we had somebody get on a plane from a certain city this weekend, and in the plane it was almost completely loaded with thugs, wearing these dark uniforms, black uniforms, with gear and this and that. " While the president would not divulge more details, he assured Ingraham that the incident is "under investigation right now.

" There is no evidence of such a flight. When Ingraham asked Trump to say more, the president replied, "I'll tell you sometime. " The unidentified black-clad "thugs," the president said, were headed to Washington D.C., to disrupt the RNC. 8/3/10: Homeland Security Quietly Tying Antifa to Foreign Powers. Department of Homeland Security (DHS) intelligence officials are targeting activists it considers “antifa” and attempting to tie them to a foreign power, according to a DHS intelligence report obtained exclusively by The Nation. 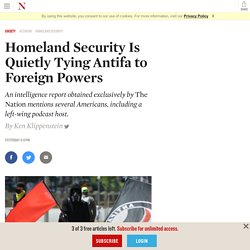 The intelligence report, titled “The Syrian Conflict and its Nexus to the U.S. -based Antifascist Movement,” mentions several Americans, including a left-wing podcast host who traveled to Syria to fight ISIS. The report includes a readout of these individuals’ personal information, including their Social Security numbers, home addresses, and social media accounts, much of the data generated by DHS’s Tactical Terrorism Response Teams. As the intelligence report states, “ANTIFA is being analyzed under the 2019 DHS Strategic Framework for Countering Terrorism (CT) and Targeted Violence.” “They targeted Americans like they’re Al Qaeda” a former senior DHS intelligence officer with knowledge of the operations told The Nation. In June 2020, U.S. In June 2020, U.S. POTUS (sigh) addresses nationwide protests - 6/1/20. Family accused of being members of Antifa reportedly harassed.

FORKS —The Forks Chamber of Commerce issued a statement Friday decrying the harassment of a Spokane family accused of being members of Antifa while near Sequim a gun store owner said he had armed guards because of a threat he received after making comments that Antifa was coming to the North Olympic Peninsula. 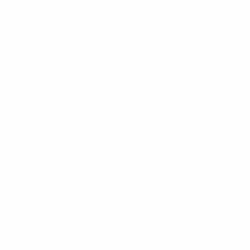 Seth Larson, owner of FREDS Guns 2.0 in Carlsborg, had urged people to carry guns to a protest organized in Sequim to protect Sequim businesses from Antifa, a political protest movement comprising autonomous groups in militant opposition to fascism. He said he had heard Antifa was busing in protesters He later apologized for what he called a “knee-jerk reaction,” saying the protest was peaceful. Volume 0% Press shift question mark to access a list of keyboard shortcuts. Man wielding chainsaw at protestors in custody; charges pending. McALLEN — McAllen Police Chief Victor Rodriguez confirmed Friday afternoon that an individual seen shouting and brandishing a chainsaw at protestors downtown had been detained. 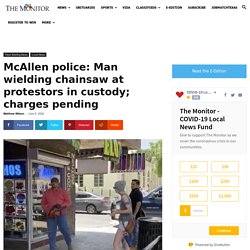 “Thus far it’s been the only incident we’ve had at today’s event,” he said. “We’ve identified that person, we’ve detained that person and are continuing our investigation into the particular incident.” Rodriguez later added that the man is in custody and the department is assessing what charges will be filed. Lt. Who caused the violence at protests? It wasn’t antifa. -WaPo. Djttweet: the USofA will be designating ANTIFA as a Terrorist Organization. U.S. assessment finds opportunists drive protest violence, not extremists.

Trump sides w/deranged conspiracy theories over BLM protesters. Little mention of 'antifa' in intelligence bulletin warning of protest-related violence. Despite repeated Trump administration assertions that the antifa movement has hijacked the ongoing protests around the country sparked by the police killing of George Floyd, a new federal intelligence bulletin points to white supremacists and other would-be domestic terrorists as the main problem lurking behind potentially lethal violence. 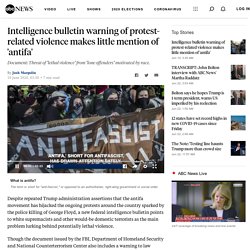 Though the document issued by the FBI, Department of Homeland Security and National Counterterrorism Center also includes a warning to law enforcement about anarchist extremists, it makes only a limited mention of the left-leaning, loosely affiliated antifa movement, and appears to undercut recent criticisms of the movement by President Trump and top administration officials. “Additionally,” the document notes, “anarchist extremists continue to pose the most significant threat of targeted assaults against police, as well as targeting government buildings and police vehicles for damage, sometimes with improvised incendiary devices.”

What is antifa? Who Are Antifa & Are They a Threat? -CSIS. The FBI Finds ‘No Intel Indicating Antifa Involvement’ in Sunday’s Violence. The FBI’s Washington Field Office “has no intelligence indicating Antifa involvement/presence” in the violence that occurred on May 31 during the D.C. 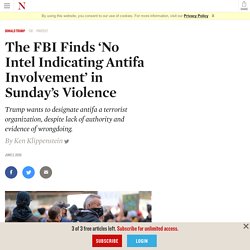 -area protests over the murder of George Floyd, according to an internal FBI situation report obtained exclusively by The Nation. Scant evidence of antifa shows how sweeping protests for racial justice have become. What you need to know about the anti-fascist group Antifa. On Sunday, President Donald Trump tweeted that “The United States of America will be designating ANTIFA as a Terrorist Organization.” 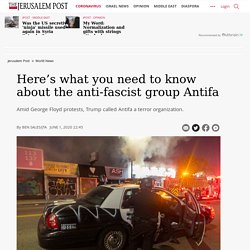 The disinformation campaign to define US protesters as "terrorists" From online misinformation to U.S. government policy The first noteworthy Twitter mention of antifa in relation to the George Floyd protests came late in the evening of May 27, on the second night of demonstrations in Minneapolis. 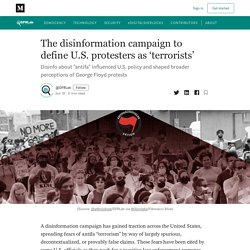 White nationalist group posing as antifa called for violence on Twitter. A Twitter account claiming to belong to a national “antifa” organization and pushing violent rhetoric related to ongoing protests has been linked to the white nationalist group Identity Evropa, according to a Twitter spokesperson. 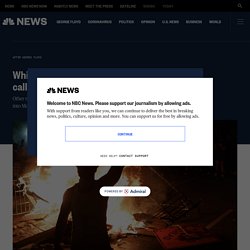 The spokesperson said the account violated the company's platform manipulation and spam policy, specifically the creation of fake accounts. Twitter suspended the account after a tweet that incited violence. As protests were taking place in multiple states across the U.S. Dangerous threat emerges from right-wing boogaloo movement. Suspect in officers' killings tied to Boogaloo group. When sheriff’s deputies searched a white van on June 6 in a wooded hamlet in Santa Cruz County, they found ammunition, firearms, bomb-making equipment — and a ballistic vest with a curious patch. 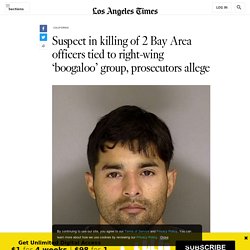 The patch contained an igloo and Hawaiian-style print, markings associated with a growing, extremist, anti-government movement aimed at fomenting unrest and civil war. On Tuesday, federal law enforcement officials announced that they were charging Air Force Sgt. Steven Carrillo, 32, the alleged owner of that vest, and suspected accomplice Robert A.