Meet the Man Who Started the Illuminati. The 18th-century German thinker Adam Weishaupt would have been stunned if he had known his ideas would one day fuel global conspiracy theories, and inspire best-selling novels and blockbuster films. 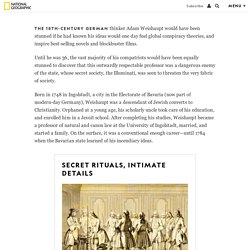 Until he was 36, the vast majority of his compatriots would have been equally stunned to discover that this outwardly respectable professor was a dangerous enemy of the state, whose secret society, the Illuminati, was seen to threaten the very fabric of society. Born in 1748 in Ingolstadt, a city in the Electorate of Bavaria (now part of modern-day Germany), Weishaupt was a descendant of Jewish converts to Christianity. Orphaned at a young age, his scholarly uncle took care of his education, and enrolled him in a Jesuit school. After completing his studies, Weishaupt became a professor of natural and canon law at the University of Ingolstadt, married, and started a family.

Head of Pentagon’s secret ‘UFO’ office sought to make evidence public. The Pentagon is seen in an aerial view. 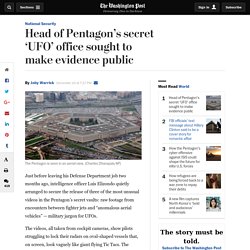 (Charles Dharapak/AP) Just before leaving his Defense Department job two months ago, intelligence officer Luis Elizondo quietly arranged to secure the release of three of the most unusual videos in the Pentagon’s secret vaults: raw footage from encounters between fighter jets and “anomalous aerial vehicles” — military jargon for UFOs. Cryptids and Strange Legends of the World (An Interactive Map YOU Can Add To!)

Espionage History Archive. An Underground City of Giants Discovered in the Grand Canyon. Even with advances in modern day archaeology, most of the world’s buried cities still remain a mystery. 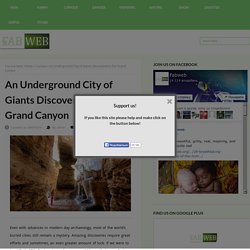 Amazing discoveries require great efforts and sometimes, an even greater amount of luck. If we were to trust Early 20th Century Journalism, we would learn that serendipity led to the doorstep of the most famous and fascinating underground city of giants discovered to date. Buried Somewhere in the Catskills is a Stash of Nazi Loot. During a recent expedition to explore the abandoned holiday resort of Grossinger’s, located in the Catskills in upstate New York, I came across a charming old photography studio in the neighboring town of Liberty. 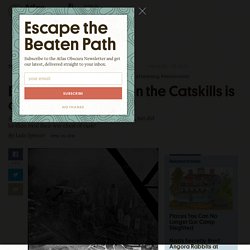 Decorated in beautiful tile, with Art Deco flourishes, and currently home to a small print shop, it was to become the key to unearthing a remarkable tale of undiscovered Nazi treasure, hidden right there in Sullivan County, New York State. The story involves a forgotten hero from the golden age of aviation, a mysterious forest castle once owned by the Freemasons, and an invasion of German saboteurs during World War II. Types of American Folk Magic From New Orleans to the Ozarks. Up until recent years, this form of American Folk Magic didn't necessarily have a name...it just was. 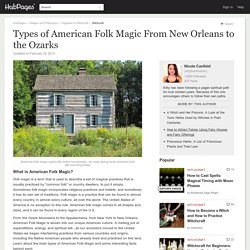 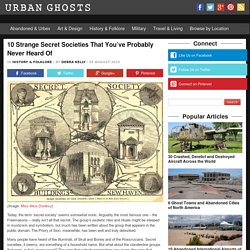 Alchemy symbols with meanings (click to enlarge) Maps Show Where And When UFO Sightings Occur, From 1925 To 2014. Adventures in Data Analysis-UFO Sightings and Visualizations in CartoDB. Today my project was to visualize time series data in CartoDB. 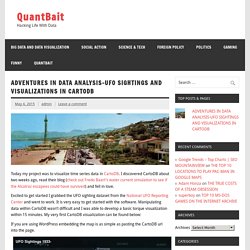 I discovered CartoDB about two weeks ago, read their blog (check out Fredo Baart’s water current simulation to see if the Alcatraz escapees could have survived) and fell in love. Excited to get started I grabbed the UFO sighting dataset from the National UFO Reporting Center and went to work. It is very easy to get started with the software. Manipulating data within CartoDB wasn’t difficult and I was able to develop a basic torque visualization within 15 minutes.

Every UFO Sighting Since 1933, Mapped. This animated data viz reveals that aliens don't shy away from cities. 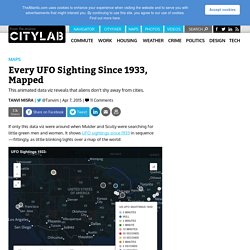 If only this data viz were around when Mulder and Scully were searching for little green men and women. It shows UFO sightings since 1933 in sequence—fittingly, as little blinking lights over a map of the world: The intergalactic graphic was created by MBA candidate Christian Pearson using web-based software and data from the National UFO reporting center. It's a part of QuantBait, a visualization initiative through which Pearson wants to tell stories about economic, political, and social issues. This UFO sighting map "was a fun way of conveying the point that beautiful data visualization can provide deep insights," Pearson writes via email.

Atlantipedia. Brazil’s Secret History of Southern Hospitality. I pressed the buzzer to the gate on the crest of a steep hill and waited, not knowing who or what to expect. 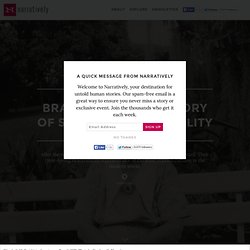 I hadn’t written or called, and didn’t really expect to find anyone home. Within seconds, though, a dapper white-haired man with black metal-frame glasses came walking down the yard's path in a chipper sort of way. The secret foundation that contains the world’s paranormal artifacts. By Gavia Baker-Whitelaw on October 26th, 2014 Part wiki, part role-playing game, part storytelling community, the SCP Foundation has spent the past six years lurking in one of the darkest corners of the Internet. 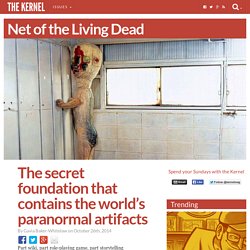 Caught in the sweet spot between “cool enough to keep attracting new members” and “obscure enough that no one is likely to Kickstart a documentary about it and ruin everything,” the SCP Foundation is a phenomenon that combines creepypasta—the Internet’s version of campfire horror stories—with the obsessive culture of Wikipedia editing. SCP stands for either Secure, Contain, and Protect (the main aims of the Foundation) or Special Containment Procedure. But what is the Foundation, and what is it protecting and containing? Its official mission statement is as follows: SCP artifacts pose a significant threat to global security. 10 Mysteries Left Unexplained. 10 Real-Life Laws That Regulate The Supernatural World. 10 Fascinating Artifacts Of Mysterious Origin. Mysteries A lot of the things that archaeologists dig up out of the ground are fairly straightforward—we know what people did with arrowheads and pots. But occasionally, we’ll turn up something that leaves experts scratching their chins and wondering “What’s that all about?”

10Middle Eastern Circles You may well be familiar with the Nazca Lines in Peru, ancient geoglyphs only properly visible from above. Their popularity with ancient alien proponents is second only to Egypt’s pyramids. The “Wheels” are circular stone structures built in the desert from Syria to Saudi Arabia. Top 10 Unsolved Mysteries of Science. Despite what cable news may tell you, scientists don’t really squabble over if evolution is real (it is) or if the climate is changing faster than can be explained by naturally-occurring phenomena (it is) or if vaccines are regarded as safe and recommended for most children (they are).

6 Real Islands Way More Terrifying Than The One On 'Lost' 6 Legendary Lost Treasures That Are Still Up for Grabs. Video games and old movies give us the impression that the whole world is filled with treasure chests, tombs full of bling, and random pockets of riches here and there just waiting to be picked up, but that's ridiculous -- only some parts of the world are like that. That's right -- lost treasures do exist. And plenty of them. However, if gold coins were as easy to get as Mario makes it look, someone would have done it already. That's why awesome finds like the following are still unclaimed after centuries ... or at least they were, before we posted this article. #6.

5 Mysterious Ruins That Predate Known Civilization? - The Epoch Times. The universe is full of mysteries that challenge our current knowledge.In “Beyond Science” Epoch Times collects stories about these strange phenomena to stimulate the imagination and open up previously undreamed of possibilities. 10 Explanations Behind Supposedly Unsolved Mysteries. Mysteries People want to believe in magic and miracles, so we often enjoy unsolved mysteries more than any other kind of story. 10 Mysteries That Hint At Forgotten Advanced Civilizations. Mysteries Prehistory literally means the time “before we had written records” (roughly the time before the 4th Century BC) and ancient history is the time since our recorded history.

Our concept of ancient history was originally firmly determined by the bible. Written from an insular point of view, the histories of some ancient cultures were distorted, badly neglected or even omitted. The Occult - Occultopedia: The Occult and Unexplained Encyclopedia. Dark Books Magic Library.