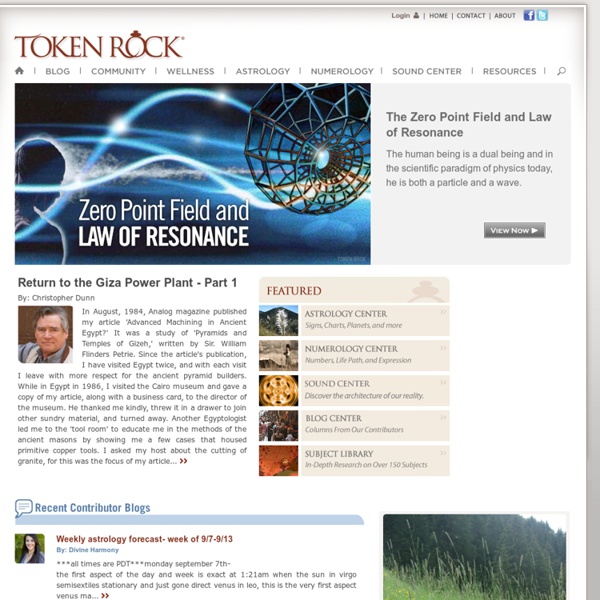 Avia Venefica: Behind the Signs at Whats-Your-Sign.com Avia Venefica contends the universe and all its contents is a sacred energy that uses organic symbolism as a platform for expression. She actively pursues deeper meaning in life events (individually and collectively) and employs an archetypal, gestalt use of symbolic interpretation to gain insight into these life events. This pursuit has lead her to study literature (i.e.: Jung, Campbell) and philosophies of varying cultures (i.e.: Native American, Celtic) with a goal to understand symbolic meanings using naturalistic (pre-industrial) perspectives. "The Divine is always communicating with us. Avia proposes, that by learning various cultural and archetypal meanings of symbols, we can utilize those meanings for guidance in solving real-life problems. Avia has an undergraduate degree in anthropology and has been an understudy in several tribal and spiritual organizations. A Message From Avia Hi Everybody! My writings here and on my blog are a result of all that poking around. UPDATE!

Anneliese Michel - Wikipedia Anneliese Michel [ˈanəˌliːzə ˈmɪçl̩] (21 September 1952 – 1 July 1976) was a German woman who underwent Catholic exorcism rites during the year before her death. Later investigation determined that she was malnourished and dehydrated; her parents and the priests responsible were charged with negligent homicide. She was epileptic and had a history of psychiatric treatment, which was overall not effective. Her condition worsened with her displaying various other symptoms which she took medication for as well. Michel and her family became convinced she was possessed by demons. The case attracted media and public attention because of the priests' unusual decision to employ a 400-year-old ritual of exorcism. Early life[edit] Psychiatric treatment[edit] In June 1970, Michel suffered a third seizure at the psychiatric hospital where she had been staying. Exorcism and death[edit] Bishop Josef Stangl (May 1959) who approved the exorcism ordering total secrecy Prosecution[edit] Trial[edit] Notes[edit]

elephant journal: Yoga, Sustainability, Politics, Spirituality. Order of Nine Angles - Wikipedia One of the main symbols of the ONA[1] The Order of Nine Angles (ONA; O9A) is a Satanic and Left-Hand Path occult group based in the United Kingdom, but with affiliated groups in various other parts of the world. Claiming to have been established in the 1960s, it arose to public recognition in the early 1980s, attracting attention for its espousal of Neo-Nazi ideologies and activism. Describing its approach as "Traditional Satanism", it has been academically identified as also exhibiting Hermetic and Neo-Pagan elements in its beliefs. According to the Order's own account, it was established in the Welsh Marches of Western England during the late 1960s by a woman who had previously been involved in a secretive pre-Christian tradition surviving in the region. The ONA lacks any central authority or structure, instead operating as a broad network of associates – termed the "kollective" – who are inspired by the texts originally authored by Long and other members of the "Inner ONA". [edit]

Family tree of the Greek gods Key: The essential Olympians' names are given in bold font. See also List of Greek mythological figures Notes External links Media related to Family trees of Greek mythology at Wikimedia Commons Astrology.com - Horoscopes, Tarot, Psychic Readings Awakening As One | uniting the way to the new world The Museum of Unnatural Mystery Homepage Schwerer Gustav: The World's Biggest Gun - Under Hitler the Nazis developed a number of crazy weapons. Some, like the V-1 and V-2 missiles, were harbingers of the future. Others, like the enormous battleships Bismarck and Tirpitz, were the zenith of soon obsolete weapons systems. One that was built, however, almost defies belief. It's the Schwerer Gustav gun, the biggest artillery piece ever used in combat. Ask the Curator: Time Speeding Up?

Skin-walker - Wikipedia Background[edit] In the Navajo language, yee naaldlooshii translates to "by means of it, [he or she] goes on all fours".[1] While perhaps the most common variety seen in horror fiction by non-Navajo people, the yee naaldlooshii is one of several varieties of Navajo witch, specifically a type of ’ánti’įhnii.[1] The legend of the skin-walkers is uncertain, mostly due to reluctance to discuss the subject with outsiders (in part because strangers may be witches themselves), thus people are led to draw their own conclusions from the stories they hear.[2] Navajo people are reluctant to reveal skinwalker lore to non-Navajos, or to discuss it at all among those they do not trust.[3] See also[edit] Notes[edit] ^ Jump up to: a b Wall, Leon and William Morgan, Navajo-English Dictionary. Further reading[edit] Brady, Margaret (1984).

Santa Muerte - Wikipedia Nuestra Señora de la Santa Muerte (Spanish for Our Lady of the Holy Death) or, colloquially, Santa Muerte (Holy Death), is a female deity (or folk saint depending on school of thought) Mexican folk religion, venerated primarily in Mexico and the Southwestern United States. A personification of death, she is associated with healing, protection, and safe delivery to the afterlife by her devotees. Despite condemnation by the Catholic Church, her cult has risen to an unprecedented prominence in the 2000s and 2010s, as a continuation of the Aztec goddess of death Mictecacihuatl (Nahuatl for "Lady of the Dead") clad according to Spanish iconography.[2] Santa Muerte generally appears as a skeletal female figure, clad in a long robe and holding one or more objects, usually a scythe and a globe.[8] Her robe can be of any color, as more specific images of the figure vary widely from devotee to devotee and according to the rite being performed or the petition being made.[9] Name and eponyms[edit]

Elizabeth Báthory Countess Elizabeth Báthory de Ecsed (Báthory Erzsébet in Hungarian, Alžbeta Bátoriová in Slovak; 8 August 1560 – 21 August 1614) was a countess from the renowned Báthory family of nobility in the Kingdom of Hungary. She has been labelled the most prolific female serial killer in history and is remembered as the "Blood Countess", though the precise number of victims is debated. After her husband Ferenc Nádasdy's death, she and four collaborators were accused of torturing and killing hundreds of girls, with one witness attributing to them over 650 victims, though the number for which they were convicted was 80.[4] Due to her rank, Elizabeth herself was neither tried nor convicted, but promptly imprisoned upon her arrest in December 1610 within Csejte Castle, Upper Hungary, now in Slovakia, where she remained immured in a set of rooms until her death four years later. Life[edit] Early years[edit] Ecsed, the lake and the old castle. Married life[edit] Accusation[edit] Investigation[edit]

Delphine LaLaurie - Wikipedia The LaLaurie mansion, from a 1906 postcard Born Marie Delphine Macarty or Maccarthy (c. 1780 – 1849), more commonly known as Madame LaLaurie, was a New Orleans Creole socialite and alleged serial killer, infamous for torturing and likely murdering her household slaves. The mansion where Lalaurie lived is a landmark in the French Quarter, in part because of its history and in part because there were relatively few homes of such massive size in the Quarter. Early life and family history[edit] First marriage and death of husband[edit] Also, in 1804, Delphine and Ramón Lopez traveled to Spain.[4] Accounts of the trip vary. During the voyage, Delphine gave birth to a daughter, named Marie-Borja/Borgia Delphine Lopez y Angulo de la Candelaria, nicknamed Borquita.[4][7] Delphine and her daughter returned to New Orleans afterwards. Second marriage and death of husband[edit] Third marriage[edit] Torture and murder of slaves and 1834 LaLaurie mansion fire[edit] Later life and death[edit] See also[edit]

Glensheen Historic Estate - Wikipedia Glensheen, the Historic Congdon Estate is a mansion in Duluth, Minnesota, United States, operated by the University of Minnesota Duluth as a historic house museum. Glensheen sits on 7.6 acres (3.1 ha) of waterfront property on Lake Superior, has 39 rooms and is built in the Jacobean architectural tradition, inspired by the Beaux-Arts styles of the era. The mansion was constructed as the family home of Chester Adgate Congdon. The building was designed by Minnesota architect Clarence H. Johnston Sr., with interiors designed by William French and the formal terraced garden and English style landscape designed by the Charles Wellford Leavitt firm out of New York. Glensheen offers a variety of tours throughout the year. Description[edit] William French's interior exhibits Late Victorian, Arts and Crafts and Art Nouveau styles. History[edit] Glensheen, seen through the fence along Highway 61 In popular culture[edit] References[edit] External links[edit] Coordinates: