IMSLP39703 PMLP87083 Marchesi Salvatore 20 Elementary and Progressive Vocalises for Medium Voice Op 15. What to do when someone has a seizure. Epilepsy Action would like to place cookies on your computer to help us make this website better. 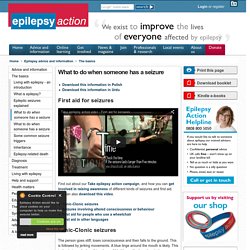 Some cookies on this site are essential, and the site won't work as expected without them. These cookies are set when you submit a form, login or interact with the site by doing something that goes beyond clicking on simple links. We also use some non-essential cookies to anonymously track visitors or enhance your experience of the site. If you're not happy with this, we won't set these cookies but some nice features of the site may be unavailable. By using our site you accept the terms of our Privacy Policy. (One cookie will be set to store your preference) (Ticking this sets a cookie to hide this popup if you then hit close. About this tool About Cookie Control. 75 Fun & Free Things to Do in L.A. Every Angeleno Should Try in 2016. Two Simple, Yet Powerful Techniques to Create Fluidity in Your Editing — The Filmmaker's Process.

One thing to note with rolling — and this is one of the primary things that separates it from the next technique — is that your sequence will stay the same length when you use the roll tool. 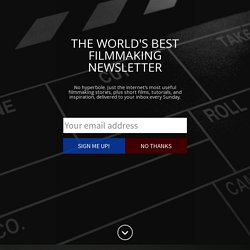 Underlaying Paddy's second technique here is one that you've probably seen thousands of times. It's called "underlaying," and in essence, it means pulling the audio and video from one clip beneath another. Simple enough, right? Unlike rolling, where the sequence stays the same length, when you underlay two clips, you actually shorten the sequence. One of the most practical applications of underlaying is when you need to gel together an establishing shot of a location and some sort of interior shot. Think of the countless times you've seen a wide exterior shot of a skyscraper, then heard the voice of a character (or the hustle and bustle of a busy office) right before it cuts to an interior shot.

Healthy News and Information. By SETH M Alternative medicine has a lot to say when it comes to solving chronic pain and discomfort in various parts of the body. 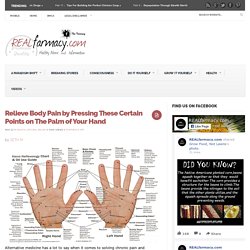 While a combination of traditional Western medicine and alternative medicine is the best method overall, looking at the health benefits of alternative forms of pain resolution, like reflexology, can be considered worthwhile. Reflexology has its principles based on this idea that you can find certain pressure points within the palm of your hand that are connected to the specific part of your body that is causing pain. The practice itself is simple enough: all you have to do is press your thumb into the point on the hand that corresponds to the part of the body. Do this for five seconds, release for three seconds, press again, and continue this process several times a day to experience results. This video shows how to do the exercise and explains more about how the hands and the feet affect all of our body. 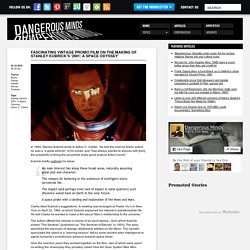 Clarke. He told the science fiction author he was a “a great admirer” of his books, and “had always wanted to discuss with [him] the possibility of doing the proverbial really good science-fiction movie.” Kubrick briefly outlined his ideas: My main interest lies along these broad areas, naturally assuming great plot and character:The reasons for believing in the existence of intelligent extra-terrestrial life.The impact (and perhaps even lack of impact in some quarters) such discovery would have on Earth in the near future.A space probe with a landing and exploration of the Moon and Mars. Clarke liked Kubrick’s suggestions. The author offered the director a choice of six short stories—from which Kubrick picked “The Sentinel” (published as “The Sentinel of Eternity” in 1953).