I want to dig! 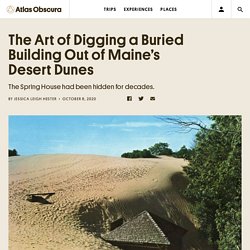 Sometimes, the three-person crew used a track excavator; other times, they wielded shovels. They dug all day, then a few more. They removed shovelfuls of fine sand so that their hole would have gently sloping sides, like an amphitheater or a bowl. They knew that if they dug straight down, the walls could collapse in on them. The town of Freeport, Maine, is known for outlet malls that include a 24-hour L. Smith has a background in paleontology, and is no stranger to digging. A desert in New England might sound like a gimmick, the kind of thing that P.T. BBC Four - Mars Uncovered: Ancient God of War, Bettany Hughes in the British Musuem. BBC Two - Ancient Invisible Cities - Ancient monuments recreated in stunning 3D: the Great Pyramid in Cairo, the Acropolis in Athens and Hagia Sophia in Instanbul. Bettanyhughes. Chinguetti, the Village in the Sahara Filled with Desert Libraries. Stock Photos from Homo Cosmicos/ShutterstockThis post may contain affiliate links. 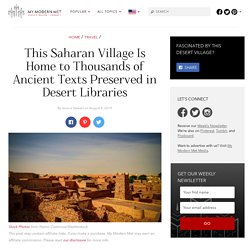 If you make a purchase, My Modern Met may earn an affiliate commission. Please read our disclosure for more info. Ancestral Puebloans. Ancient Native American culture in Four Corners region of the United States The Ancestral Puebloans were an ancient Native American culture that spanned the present-day Four Corners region of the United States, comprising southeastern Utah, northeastern Arizona, northwestern New Mexico, and southwestern Colorado.[1] The Ancestral Puebloans are believed to have developed, at least in part, from the Oshara Tradition, who developed from the Picosa culture. 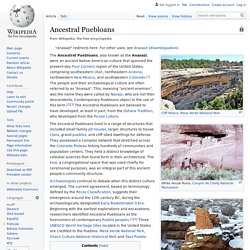 They lived in a range of structures that included small family pit houses, larger structures to house clans, grand pueblos, and cliff-sited dwellings for defense. Science & Islam (Full) Moche culture. The Moche civilization (Spanish pronunciation: [ˈmotʃe]; alternatively, the Mochica culture or the Early, Pre- or Proto-Chimú) flourished in northern Peru with its capital near present-day Moche, Trujillo, Peru[1][2] from about 100 to 700 AD during the Regional Development Epoch. 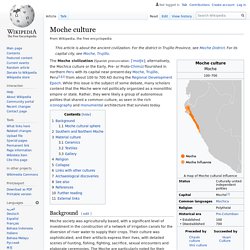 While this issue is the subject of some debate, many scholars contend that the Moche were not politically organized as a monolithic empire or state. Rather, they were likely a group of autonomous polities that shared a common culture, as seen in the rich iconography and monumental architecture that survives today. Warfare and Human Sacrifice in the Moche World: New Discoveries and Continuing Debates. Drought Has Revealed Spain’s Long-Submerged ‘Stonehenge’ This summer has been unusually scorching across Europe and beyond, and things have only grown more intense in the already hot and dry region of Extremadura in Spain. 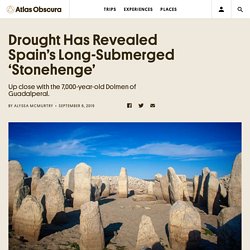 Months into an official drought that could be developing into a mega-drought, local farmers are facing the loss of hundreds of millions of euros. Many think this is just a sign of things to come. Droughts, and the way that they strip the land of plant cover and drain lakes and reservoirs, for all the problems they cause, are often a boon for archaeologists. Found: A Windfall of Neanderthal Footprints in France.

Of the variety of ancient hominins who have roamed this planet, Neanderthals are among the most recently departed. 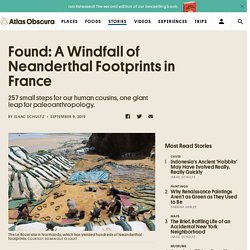 Long stigmatized as lumbering, backwards versions of us—think “caveman” and all that implies—scholarship is increasingly overwriting this view. Neanderthals, it turns out, were culturally and socially complex beings (who interbred with humans for thousands of years). We know what we know about Neanderthals from a sparse fossil record and a healthier lithic one, but a new discovery, published today in Proceedings of the National Academy of Sciences, has advanced our knowledge by baby steps—many, many baby steps.

Hatshepsut. A daughter of King Thutmose I, Hatshepsut became queen of Egypt when she married her half-brother, Thutmose II, around the age of 12. 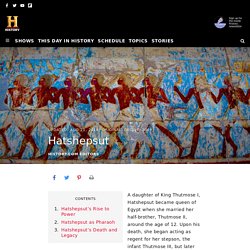 Upon his death, she began acting as regent for her stepson, the infant Thutmose III, but later took on the full powers of a pharaoh, becoming co-ruler of Egypt around 1473 B.C. As pharaoh, Hatshepsut extended Egyptian trade and oversaw ambitious building projects, most notably the Temple of Deir el-Bahri, located in western Thebes, where she would be buried. Depicted (at her own orders) as a male in many contemporary images and sculptures, Hatshepsut remained largely unknown to scholars until the 19th century. Hatshepsut’s Rise to Power. The Nile: Egypt's Great River With Bettany Hughes - Channel 5. BBC One - Italy's Invisible Cities, Series 1, Naples, The threshold of hell. The Sunken City of Baia. How Many People Did It Take to First Occupy Australia?

Virtaka Cliff This remote sandstone cliff has one of the richest collections of Livonian petroglyph marks. Bensozia: Aphrodite at the Getty. Watch two people move 1,000 lb concrete blocks with their bare hands. Found: Mysterious Ritual Burials From the Iron Age. Norway Will Finally Return Thousands of Artifacts to Easter Island. Found: Two of the Quarries Responsible for the Megaliths of Stonehenge. 9,000-year-old Stone Mask Unveiled — Friends of the Israel Antiquities Authority. To really understand the function or meaning of an artifact, it is important that Archaeologists know the location and original context in which the artifact was found. 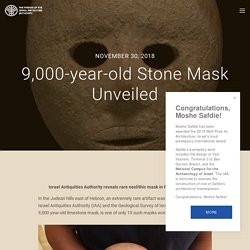 This is why the Theft Prevention Unit’s work is crucial in not only protecting artifacts and antiquity sites from being damaged, but also in protecting archaeological information from being lost by removing an artifact from its context. One observation Archaeologists have made regarding the location of the mask is that the Har Hevron area may have been a center for mask production. Israel Antiquities Authority. Dead Sea Scrolls Revisited - Episode 1 - BBC Sounds. How we calculated the age of caves in the Cradle of Humankind. As a species, we humans have always been fascinated in where we came from. 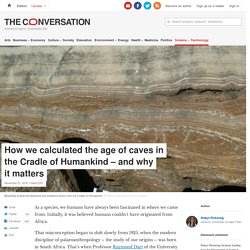 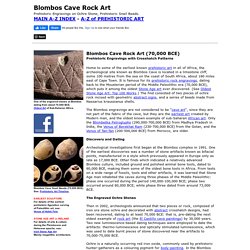 This Ancient Greek Vessel is the World’s Oldest Intact Shipwreck. Off the Bulgarian coast, just over a mile beneath the surface of the Black Sea, archaeologists have discovered what they believe is the world’s oldest intact shipwreck. Measuring some 75 feet (23 meters) long, the ship is thought to be an ancient Greek trading vessel.

With its mast still standing, and its rudders and rowing benches still in place, it has lain undisturbed on the ocean floor for more than 2,400 years. Niaux Cave Paintings. Nabataea.net Home Page. Byblos Archaeological Site. Exploring a ‘Treasure Trove’ of Medieval Egyptian Recipes. Murals of Cacaxtla. Cacaxtla is one of the less-visited Mesoamerican archeological sites. As such, it’s unlikely you’ll see hordes of tourists while you visit. But you will, however, see a fantastic array of art. The civilization that settled Cacaxtla (often referred to as the Olmeca-Xicalanca) is an enduring mystery that has puzzled archeologists and historians since the discovery of the site.

However, the paintings they created contain some characteristics that give clues as to who they were. Impossibly Huge Megaliths That Show Signs of an Ancient Technology We Cant Explain. Kazakhstan’s Mysterious Rock Carvings: Tamgaly Tas - Edge : Kazakhstan. For more than 100 years, scientists have been trying in vain to unravel the mystery of one of the country’s most-visited tourist sites. Just about 120 kilometers from Almaty, on the right bank of the Ili River, is a set of 60-meter rocky gates: the sacred and mysterious Tamgaly Tas tract.

At Tamgaly Tas, rock carvings and paintings of Buddha, bodhisattvas and different styles of Tibetan scripture can be seen on separate cliffs and boulders. “There are no exact answers for who were those nameless carvers, to what purpose they left descendants these rock drawings but the intrigue only fuels interest in the mysterious petroglyphs [rock carvings]. Thousands of tourists flock to the tract every year to see Buddhist deities and have a touch of eternity,” states Shopomania.kz project. Italian archaeologist Renato Sala describes Tamgaly Tas as a very rare monument and a sacred sanctuary of Buddhists used for prayer and meditation. GlobalXplorer° Above and below the Maya forest. Aboriginal Culture. BBC Four - Oceans Apart: Art and the Pacific with James Fox. Five things you didn't know about Māori Culture in NZ. World's Oldest Drawing Found in South Africa? Get the Facts. Modern humans evolved 100,000 years earlier than we thought – and not just in east Africa.

According to the textbooks, all humans living today descended from a population that lived in east Africa around 200,000 years ago. Ancient Greek music: now we finally know what it sounded like. What's the point of art? One of the great paradoxes of human endeavour is why so much time and effort is spent on creating things and indulging in behaviour with no obvious survival value – behaviour otherwise known as art. Attempting to shed light on this issue is problematic because first we must define precisely what art is. Ancient Mayan Astronomy: the Sun, Moon, and Planets. World Pyramids - Home. Ancient Pyramids Around the World. The Mystery of Bosnia's Ancient Pyramids. Why the hair on our head could – and should – be so much more than merely decorative. Hair grows spontaneously from our heads naturally, but is rarely left in its natural state. Impossibly Huge Megaliths That Show Signs of an Ancient Technology We Cant Explain.

- National geographic Strange Things In the Amazon Forest BBC wildlife animal. What we’re finding as we excavate Halmyris, a frontier fort of the Roman Empire. Nationalism is resurging across Europe, and with it has come increasing attention on the vulnerable outer edges of nations: borders, frontiers, and other marginal zones. Our controversial footprint discovery suggests human-like creatures may have roamed Crete nearly 6m years ago. How 700,000-Year-Old Rhino Bones Could Change the Story of Human Migration. Neanderthal extinction may be due to diseases from Africa. Ancient stone tools found on Sulawesi, but who made them remains a mystery.

Ancient lake reveals a colourful past - News and events, The University of York. How we discovered that Neanderthals could make art. Guatamala's Maya Society Featured Huge 'Megalopolis,' LiDAR Data Show. Fossil jawbone from Israel is the oldest modern human found outside Africa. Indigenous people invented the so-called ‘American Dream’ The truth about Easter Island: a sustainable society has been falsely blamed for its own demise. Cosmic-ray particles reveal secret chamber in Egypt's Great Pyramid. The Oriental Institute of the University of Chicago. Lost Language, Code or Hoax? Why the Voynich Manuscript Still Stumps Experts. Out of Place Artifact: The Mysterious Stone Egg of Lake Winnipesaukee. 9 Mysterious Things Found Underwater Nobody Can Explain! Our controversial footprint discovery suggests human-like creatures may have roamed Crete nearly 6m years ago.

Soundscapes in the past: Adding a new dimension to our archaeological picture of ancient cultures. Researchers Discover Babylonian Tablet Is Ancient Trig Table. Is There a Secret Chamber in King Tut's Tomb? A Final Hunt Will Investigate - Seeker. Aboriginal archaeological discovery in Kakadu rewrites the history of Australia. Atlantis: The Evidence. Pinterest.co. Xin Zhui: The Most Shockingly Well-Preserved Mummy In History? Decorated snail shell in a cave in Iraq could be evidence of Paleolithic bling. This Volcano-Shaped Pyramid in Peru Has Experts Stumped. Oldest Fossils of Our Species Push Back Origin of Modern Humans. World's Oldest Art Studio Found in Ethiopian Cave. 'Britain's Atlantis' found at bottom of the North sea - a huge undersea world swallowed by the sea in 7000BC. Prehistoric and Early Ireland @ megalithomania.com. Yonaguni artificiality - part 1/4 - Andrey Makarevich, Masaaki Kimura, Graham Hancock.